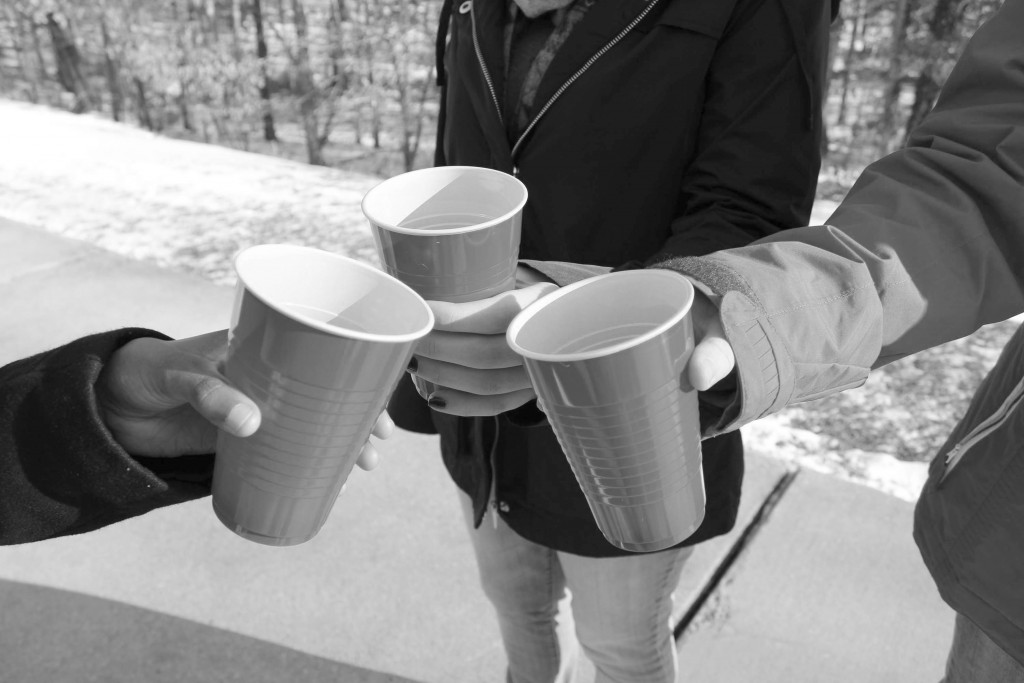 This story was originally published in the March 30 issue of Fourth Estate.

The time spent during one’s undergraduate years is rife with uncertainty. Opinions, habits, ideologies, preferences, all changing in the blink of an eye, this way station between adolescence and adulthood solidifies the personality someone takes with them into that brave new world.

That being said, remember what it felt like holding a college acceptance letter, the initial sign of relief quickly gave way to apprehension and anxiety. However long ago that moment was, the world seemed open, devoid of limitations. College seemed a forgone conclusion, but how the time spent between lecture and lab still seemed abstract. But what daydreams did those long months of anticipation before move in day breed, and what expectations did they bear? These are the stories of three Mason seniors elected to share, their wild anticipation in their first days at Mason, to their last days of lowered inhibitions before the end of an era.

As wide eyed and busy tailed as they may have been, Mason is not known for its school sanctioned drinking and avid nightlife like our neighbors S.E.C. So how did these three seniors cope with a college culture wholly different from general perception of college parties? This is a question best answered by the subjects of this piece.

Leo is a senior Government and International Politics major graduating this spring. When asked about his expectations coming into college and his prospective social life he said that he “would be in Alexandria and D.C. all he time,” that “there would be lots of frat parties,” and “drinking would be a non-issue.” Joking about both a metaphorical and physical “free pass” to party.

Unfortunately for Leo, his raucous, National Lampoon like expectations were never met. He did however join a fraternity, finding his niche, and the people he counts among his dearest friends. He did however caution that, “The Animal House like frat parties only really happen in the S.E.C.” In the end, Leo looked fondly on his time spent at Mason this far, and the friends he made, regardless of the size of the parties he attended saying, “If I had gone to a Bama (Alabama) or LSU, I may have died.”

The second subject of this particular article is a fellow senior. Communications major Ace’s story differs greatly from that of Leo’s, but it is not an uncommon one at  Mason.  For Ace, “imagines of beers, late nights and poppin’ bottles” indoctrinated his thoughts. The only issue being, that college was not Mason. Ace began his college career in the cozy town of Harrisonburg, Virginia as a Theater major at James Madison University. The nightlife reality at JMU far exceeded his expectations saying, “I wasn’t entirely totally ready for the sheer number of parties. There was never necessarily a bad night, but I thought drinking would only be a facet of my social life, but it was party, party, party.”

After two years, and having turned 21, Ace transferred to Mason.  This brought new friends, tastes, and expectations for his social life. “It was a relief being around people a little more mature and professionally oriented,” Ace said. “As you grow, you change, as do your tastes, or at least they should.”

The third and final subject is a senior named Walker. Sharing a similar story to that of Ace, Walker did not begin his foray into higher learning at Mason.  His first year in college he attended IUPUI (a small college in Indiana) as a pre-med major.

“I remember visiting my cousin at Ohio State, and being able to walk from house party to house party, they were everywhere,” Walker said. His decision to switch majors brought him back to northern Virginia, but the Ohio State culture he yearned to relive still eluded him.

After his first year at Mason, Walker moved into a house with two friends and was determined to recreate the experience he had as a visiting high school student with his cousin at his home. An open invitation to all, the Van Wilder of Van Court, but not everything came out as expected. Walker spoke to the fact that he grew overwhelmed by the sheer size of the parties being thrown, and the frequency at which they were happening.

“I still see the people from those days every once and a while, but for the most part they don’t even remember my name,” Walker said. “I’ve been called Seth Rogan because of a Halloween costume I had one year.”

He had built the hedonistic network he had long strode for, but in the end, “when it came to fruition it wasn’t fulfilling.” This past year however, Walker has switched gears.  He now prefers smaller gatherings with close friends, than the blaring lights and masses of bodies packed together like sardines at the house parties he once orchestrated.

These are just three examples in the mosaic that makes up the student body at Mason. They may have taken different paths, or surrounded themselves with different social circles, but the starting point and destination amongst them all was roughly the same. They all entered college with the same blind anticipation, and are leaving having grown a support system around themselves as the dust has settled.

Mason is not an Auburn, LSU or Alabama, but for these three seniors that is absolutely fine. There may have been a small part of Leo, Walker, and Ace that searched for their very own “Delta House”, but in the end it was the friendships they had made that mattered far more than any ice luge or ABC party. Mason’s lack of school sanctioned drinking and nightlife isn’t the crutch it’s made out to be. These three seniors learned the hard way that relationships of substance are what really matter, you won’t find that at a CEO’s and business hoe’s party, and for that Mason, we thank you.

Connor Smith is a senior Communications major, sommelier and wine educator in the Northern Virginia area. His mission in life is to find world’s best sandwich and perfect beer to pair with it.