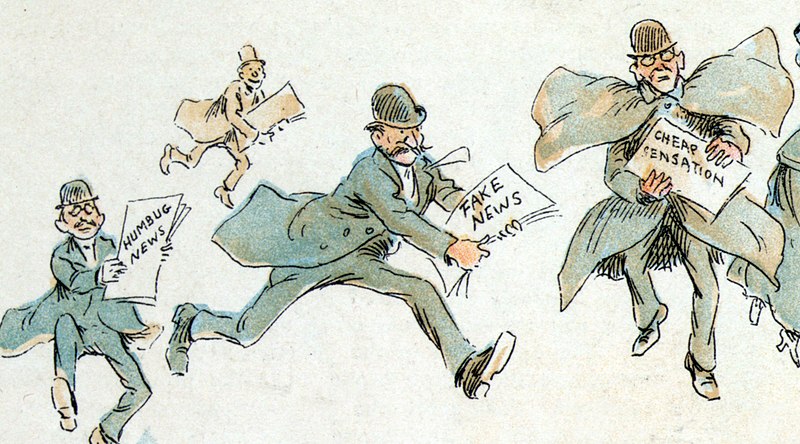 It’s a crying shame that people have to run around ruining our words.

This past week, there have been two news stories that perfectly fit the definition of “fake news.”  The first was the supposed BuzzFeed bombshell that President Trump had suborned his lawyer, Michael Cohen, to commit perjury by lying to Congress. The second was the fable that, unprompted and alone, a bunch of students from a Catholic school in Kentucky had racially harassed a Native American man on the National Mall.

But we can’t call these stories “fake news” because that term has taken on more meaning than the dictionary allows.

The folks at Merriam-Webster say “fake” means “not true, real, or genuine,” and “news” means “a report of recent events” and “previously unknown information.”

For a textbook example of previously unknown information that was not true, real, or genuine, we turn now to BuzzFeed, the glorified clickbait aggregator that occasionally plays dress-up as a legitimate news source. On January 17, they ran a story with the headline “President Trump Directed His Attorney Michael Cohen to Lie to Congress About The Moscow Tower Project.” That’s unequivocal, direct and confident.

However, as far as the facts are concerned (which is what I’m told journalism is supposed to be all about) it’s unfalsifiable, shaky and likely untrue. Despite the fact that the two journalists who wrote this story never actually saw the documents they wrote about, and the special counsel’s office issued an unprecedented public statement saying the story was not accurate, BuzzFeed is standing behind their report. It is still on the website and contains no corrections as of January 24.

If I ran a legitimate news organization, I would run a story like this: “8 Reasons Why BuzzFeed Is Not A Legitimate News Organization.” Number 5 will blow you away!

Unfortunately, the legitimate news organizations can’t do that because they produced a textbook example of the other kind of fake news: a report of recent events that was not true, real or genuine. The New York Times ran a story whose headline reads “Viral Video Shows Boys in ‘Make America Great Again’ Hats Surrounding Native American Elder.”

That story remains on the website as of January 24, although with corrections. The corrections are lengthy and downright embarrassing coming from America’s newspaper of record, and they could have been avoided if only the reporter had actually watched the entire incident before writing the story.

The full video of the incident is an astounding hour and forty-six minutes of stupid. I encourage anyone who has doubts about what actually happened to watch it, although it contains some of the most vile speech in the English language, so viewer discretion is advised.

The video shows that most of the nastiness is not from the Catholic students or the Native Americans (who don’t even show up until about the 1:10 mark), but from people who call themselves Black Israelite Hebrews. They shout homophobic slurs and mercilessly taunt one of the only black Catholic students before the part that everyone has seen already. The scene is one of chaotic idiocy, not targeted bigotry.

These two stories were—say it with me—fake news. Fake news does not mean news you don’t like or news that hurts your political party or news that is on Facebook or news about the Mueller investigation. It means news that is not true, real, or genuine. Words have meanings and need to be used wisely so that we can both call these stories fake and hold journalists accountable to the truth.