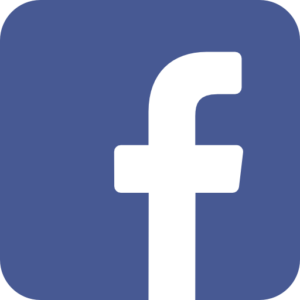 The topic of misinformation has been very prominent, especially since the beginning of the COVID-19 pandemic. In response to this, many social media platforms are cracking down on false information by implementing policies and suspending accounts of those who spread it.

Facebook has announced new changes to its policies in order to better their users’ experience with the platform. One of these changes includes a name change to Metaverse, meant to “help people connect, find communities and grow businesses,” according to its website.

However, the name change seems to be “largely cosmetic,” according to the New York Times, as the company’s executive board remains the same.

“No matter what Mark Zuckerberg calls it, it will remain Zuckerberg Inc. until he relinquishes some power and yields to functional corporate governance,” Jennifer Grygiel, an associate professor and social media researcher at Syracuse University, told the New York Times.

The Wall Street Journal published a long investigation into the platform’s errors and harmful ways, which includes the spread of misinformation  and hateful content through social media algorithms.

“Employees say Facebook removes only a sliver of the posts that violate its rules, and that Facebook’s AI can’t consistently identify first-person shooting videos, racist rants and even, in one notable episode, the difference between cockfighting and car crashes, according to the documents,” the Wall Street Journal reports.

While the other policy changes have not been put into effect yet, other new features of the platform include “new tools to help people build for the metaverse, including Presence Platform, which will enable new mixed reality experiences on Quest 2, and a $150-million investment in immersive learning to train the next generation of creators,” according to the website.

The current turmoil in the world of social media and misinformation is also affecting students at Mason in different ways, especially with false information causing emotional distress.

Most students agree that social media platforms, especially Facebook, are not a reliable source for information in the current age.

Freshman Connie Vares-Lum said that people using social media tend to not be their real selves and express views that are very extreme, like when people claim they hate the military on social media accounts.

These claims affect Vares-Lum personally, as she has a parent in the military, and she also says that they affect other military families negatively as well.

Sophomore Everette Freites expressed views of distaste about the state of social media.

He adds that Facebook is not inherently bad, but is not a reliable source of information, and shares the view that people are way more radical on social media, and may not have that strong of beliefs outside of their screens.

Students also agree that things seen on Facebook by an individual are likely to spread to others by word of mouth and instant messaging, which can be a problem if the information spread is malignant or false.

“If I see something on social media … I’ll probably end up telling someone else. It could start a whole chain,” Meiller said.

It is too early to tell whether new policies on Facebook will be effective in staving off the pandemic of misinformation, but it could be one step closer to change.

THE TRAGEDY AT ASTROWORLD