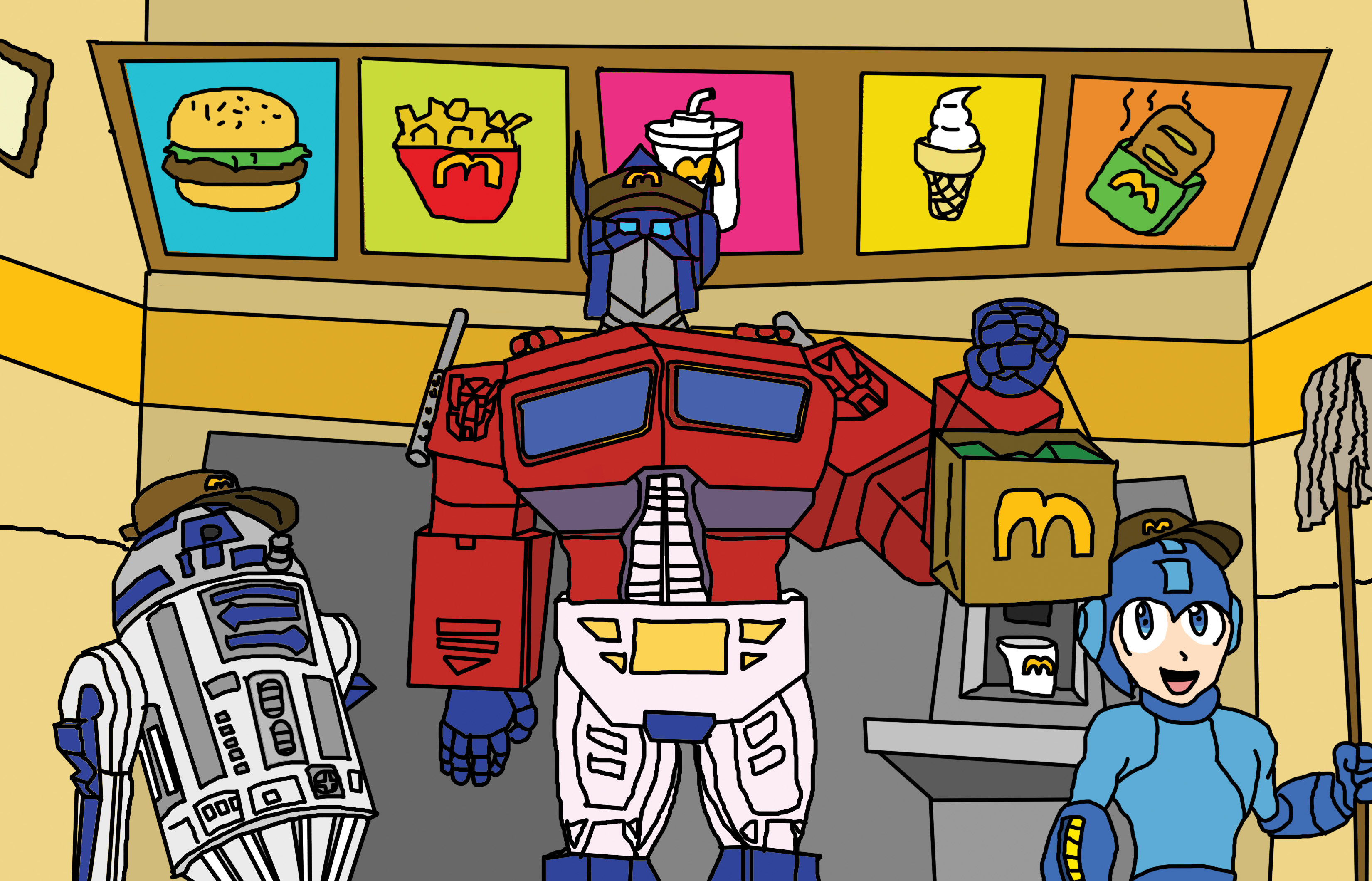 If you’ve seen the food delivery robots that stumble across our campus after marveling at how they work and being sure to put them on your snapchat story, you may have wondered if this is the beginning of a violent takeover of the job market by our computerized friends. Indeed, the technology that we are developing today promises to do many jobs currently done by humans. Soon robots could be driving trucks, delivering food and even making decisions using artificial intelligence. It seems that almost all of the jobs that currently exist could theoretically be replaced by technology that will be developed in the near future. Does this mean we should be worried? To answer that question, we need to look back in our economic history.

The answer should be obvious: people found other things to do. When tractors and combines didn’t exist, half of the American workforce had to toil in the fields just to keep food on the table. Once technology freed them from that obligation, they had more time to build factories, cities, schools and more. As labor-saving technology continued to develop, workers feared that steam power, heavy industrial equipment and more would make their services obsolete. Despite all of this, today we have of the lowest unemployment rates in years.

When business owners replace human workers with machines, they do it because machines can do the job at a lower cost, or, in other words, they can use fewer resources than before to create a similar or even better product. These saved resources are then free to be used elsewhere.

The owner could both expand their business, which requires additional people to be employed to do construction, and staff the expanded parts of the business. The owner could also keep the money for themselves, choosing either to spend it, which raises the demand for whatever they choose to buy, or save it, which increases the supply of money in the bank that can be loaned out to create new businesses.

Though jobs have been lost in one area of the economy, new opportunities are created elsewhere because of the newly available resources. There are still jobs available, but now in addition there are new products being created with the freed resources. This is how we have progressed as a society from struggling to produce enough food to survive to being able to feed vast cities and still have time left over to produce trillions of dollars’ worth of other goods.

Unless one of them is barreling down the sidewalk towards your ankles, you probably don’t need to be afraid of the robots. The work they and their descendants will do is only going to increase our capability to do the work required to make everyone’s lives better.

Similarly to how farmers in 1870 might not have been able to imagine what future opportunities their children would have outside of the farm, it may be difficult for us to fathom what we will do when all of the collective time we spend on replaceable jobs is freed up. But we need not worry. Just as today we live more prosperous lives than our farming ancestors, our future lives will be filled with all of the advantages that come from human ingenuity.

Not True, Real, or Genuine