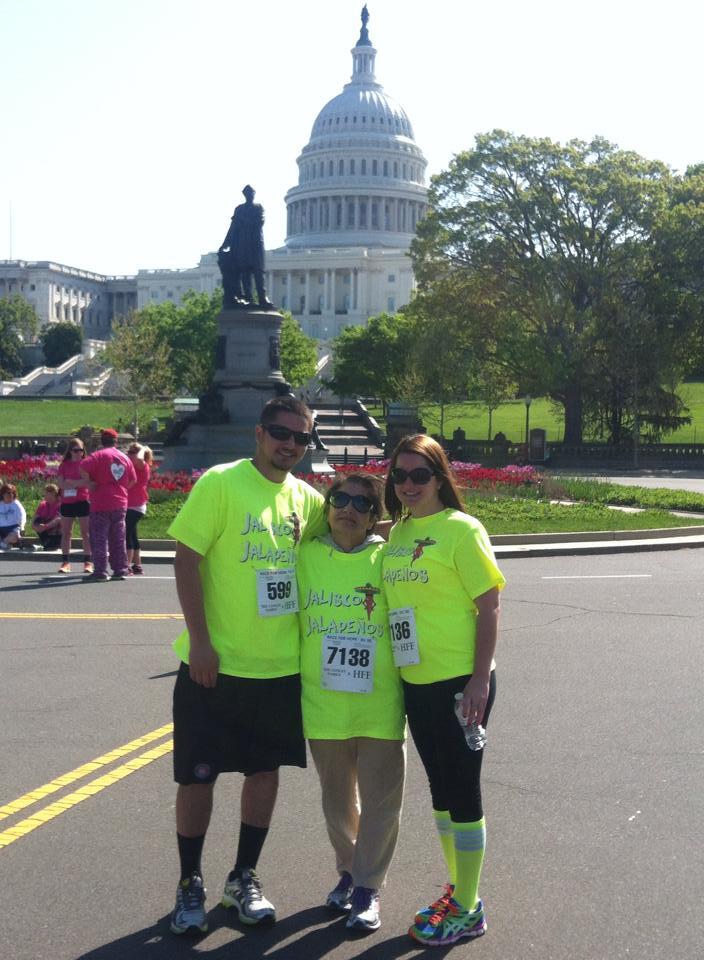 When I was 20, my dad was admitted to the hospital after headaches turned into seizures. He stayed there for six weeks receiving endless tests until they diagnosed him with glioblastoma, the most common, complex, treatment-resistant, and deadly type of brain cancer. He was diagnosed on a Sunday, and by Wednesday he was unresponsive. Late that night, his doctors asked us to take him off life support. Within four days of diagnosis, my dad was gone. Today, I still wonder if my dad’s story could have been different if there had been stronger investments, research, and funding put toward treatments and cures for brain cancer.

Overnight I went from being a kid to being the administrator of my late father’s estate. When you have to grow up in an instant, you start to see things in a different perspective. My father was the first in his family to move to the United States from Mexico and was determined to give my brother and me the best opportunities. He was always the person pushing me to go farther. Once my dad was gone, I knew I had to get the education he always wanted for me. He was excited to know that I would be attending George Mason University, and when I started in Spring 2007, I was eager to make him proud.

In one of my undergraduate classes, I learned about the National Brain Tumor Society (NBTS), when one of my professors assigned us to research a nonprofit. After participating in NBTS events, I realized I was in a school of fish after feeling like I was swimming alone for miles. The life-altering grief I was going through was shared by thousands of others. It’s a community no one wants to be a part of, but I was so grateful it existed.

I have continued to be involved with NBTS over the years. This summer, I spoke at NBTS’s Glioblastoma Awareness Day event, alongside lawmakers, doctors, and researchers, about the fight for a cure and better treatments for glioblastoma. My message was clear: we must do more to advance glioblastoma research.

The fact that it took months to diagnose my father, and that he passed away just days after the correct diagnosis was finally reached, is devastating. But knowing that 16 years later, we still do not have a cure, or even substantially better treatments and detection methods, is unacceptable.

As more people continue to die from brain cancer, it is imperative that lawmakers direct more funding toward finding treatments and a cure, and to increasing public awareness to help detect tumors earlier. President Biden’s Cancer Moonshot effort to reduce the death rate from cancer by at least 50 percent over the next 25 years and the bipartisan support behind curing cancer gives strong momentum to this effort. Now, we need the follow through and make change happen. Organizations like the National Brain Tumor Society stand ready to support these efforts fueling innovative research and meaningful progress.

I am now proud to say I have received both a bachelor’s and master’s degree from George Mason University. Years later, I am still processing the loss of my dad and will always have “what if’s” about the treatments he could have tried if we’d had more time. Yet I also have “what if’s” about who I would be if I hadn’t had him in my life for the 20 years we shared. Because of him, I am strong, I am vocal, and I am determined to fight for a world in which brain cancer is eradicated.

REV UP FOR VOTING

WHY THE FIRST AMENDMENT IS IMPORTANT TO JOURNALISTS