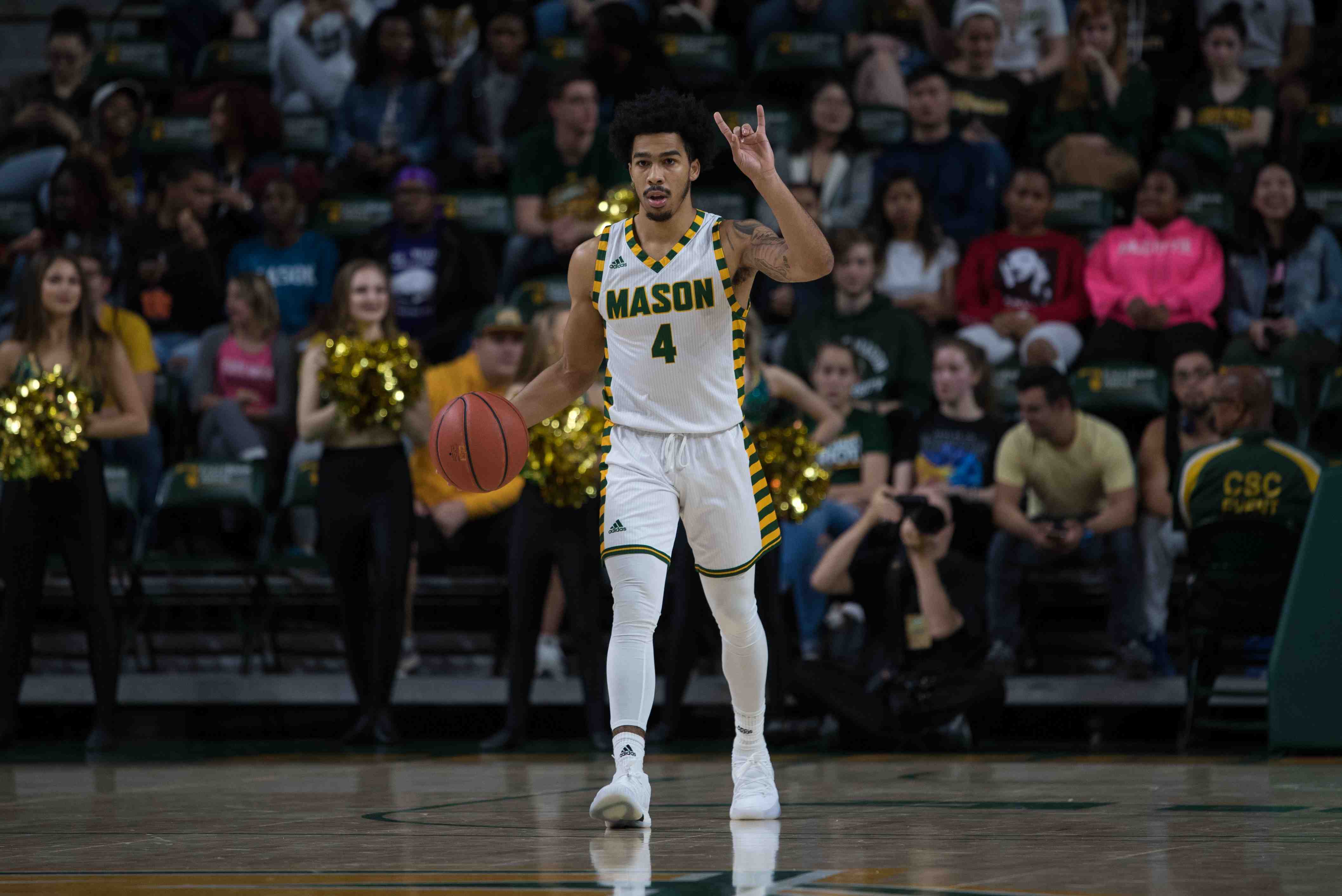 Mason Men’s Basketball has a new addition to its list of professional players as guard Otis Livingston II signed a one-year contract to play with the Horsens Idræts Club in Denmark.

Horsens IC is considered one of the top teams in the Denmark Basketligaen. They are six-time champions and have won four Danish Cup titles, most recently in 2019.

Mason head coach Dave Paulsen stated that Livingston II was a “tremendous ambassador for Mason both on campus and within the Northern Virginia community.” He continued, saying that he hopes Livingston II will make the same impact in Denmark as he did during his time in the green and gold.

Livingston II also finished his career as the only Mason player to post 100-plus assists in all four seasons. He ranks second in assists in school history (493), third in 3-pointers made (203) and fourth in career scoring (1,865 pts).

After undergoing surgery on his lower leg during the offseason, Livingston II hopes to make a triumphant debut in Denmark in his first professional season.

On Aug. 2, Natalie Butler announced that she had signed with the Romanian EuroCup team ACS Sepsi SIC Sfântu Gheorghe.

Sepsi SIC is one of the top Romanian women’s basketball teams and has won the last four Ligă Națională titles and four of the last five Cupa României titles.

After she was waived by the Dallas Wings in May 2018, Butler spent part of last season with the Belgian team Belfius Namur Capitale before the two parted ways in early November.

During her one season at Mason, Butler made history. Prior to becoming the first player drafted in program history, Butler broke the NCAA single-season rebounding record (563) and tied the NCAA Division I record for most consecutive double-doubles. She also broke the Mason single-season scoring record (653 points).

Prior to coming to Mason, Butler played one season at Georgetown and two seasons at the University of Connecticut, where she was part of the 2016 NCAA championship team.

In early June, five Patriots competed at the NCAA outdoor track and field championship. Sarah Moore competed in the 400-meter and placed 19th overall at the event.

The 4×400-meter relay team of Rico Gomez, Junias Agyei, Evander Pierre and Tyler Benson was Mason’s first relay team to make the NCAA championship since 2014. The relay squad won both the A-10 indoor and outdoor titles in the 2018-2019 season.

Though the Patriots initially placed 12th, they were ultimately disqualified due to a lane violation.