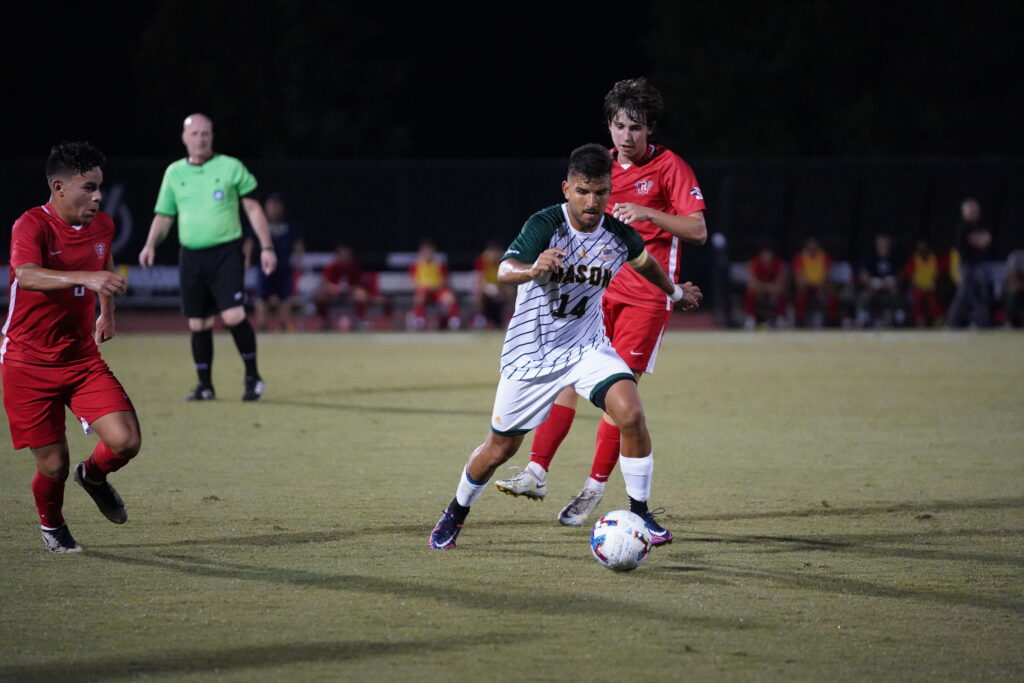 Mason men’s soccer welcomes Rich Costanzo who entered his first season to serve as the 11th head coach in the history of this franchise. Costanzo joined the Patriots after serving as the assistant coach for five seasons for the Pittsburgh men’s soccer program. Now, mentoring a new group of players, there are many adjustments he hopes to incorporate for the team.

“It feels great. What we did in training, put on a good display, and excited for what we can do moving forward,” Costanzo said. “The guys stuck to the game plan did everything, I could ask for more, the effort, commitment, to grind out the ninety minutes, the guys did a great job.”

Graduate student Noah Raphael scored with an assist from Ahmed Muhammed and Balint Kocso. Midfielders, Louis Lehr (‘24) and Ariel Aguas (Gr) tallied their first goals of the season supporting the offense during the game. The Patriots are now 1-3 overall. Radford University currently stands 7th overall in the Big South conference after losing to Liberty and Mount St. Mary’s.

“We lost three games but now we came up [at home] and it was a big game and we’re super happy to get a big win,” Lehr said. “I think we had a really good press, we won a lot of balls in the final third. We worked hard to keep the ball, especially in the last ten minutes.”

Graduate student, Ariel Aguas recognizes what is necessary to win soccer games. With his years of experience, he emphasized that there’s more to the game of soccer than scorning and winning. It’s about being patient with yourself and your team.

“I think it’s being patient with the ball, I think that was the key,” Aguas stated. “I think that’s one of our main strengths now and I think we can keep getting better.” 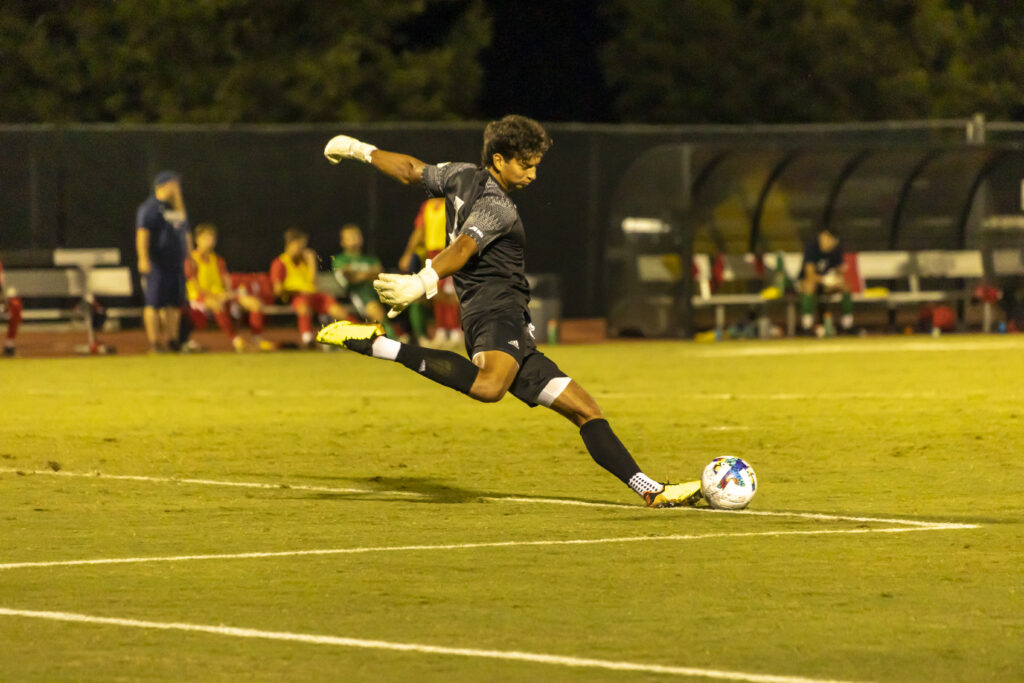 Earlier in the week, the loss against Penn State took a toll; with it being the first home game of the season with a final score of 3-1. Costanzo emphasized what needs to be done moving forward.

“I think we could’ve gotten more and been more efficient in the third, especially the first half when we had established some possession and had them [the team] in there for a minute…we did well with what we had,” Costanzo said. “Just trying to keep growing, trying to find that incremental games and I think the team has improved from day one until now, tremendously and just trying to keep pushing and learning from these experiences”.

Mason men’s soccer will face off against St. Bonaventure University (2-2-1) at home starting at 7 p.m. on Saturday, Sep. 17 at George Mason Stadium.