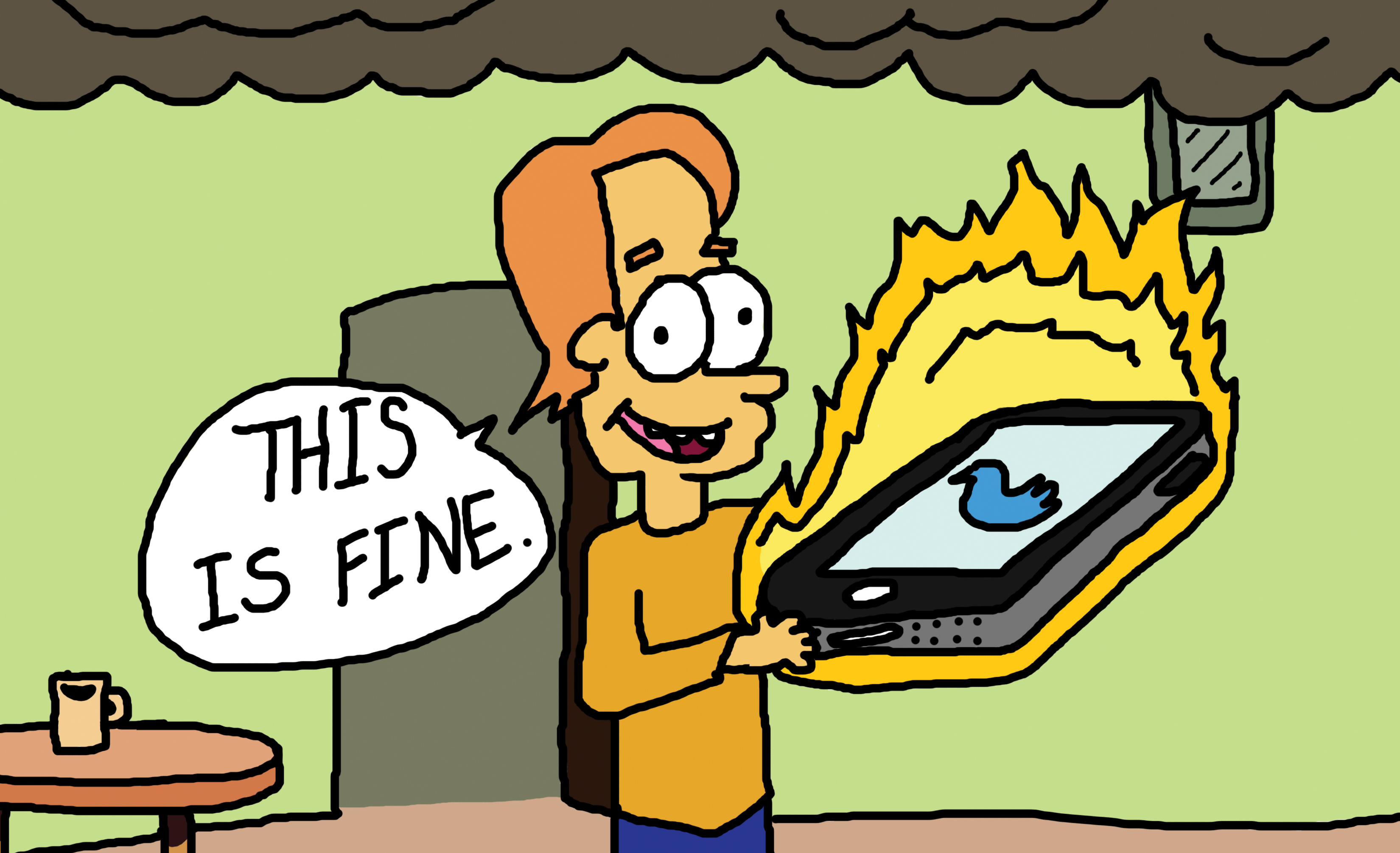 Twitter gets flak from everyone. It’s biased, it spreads fake news, it encourages meanness, it ruins people’s lives, it allows bullying, it’s a monopoly, on and on and on. If you believed all the criticisms, you’d think Twitter is evil.

In economics, another way to say “easy” is “cheap.” Twitter is cheap in the strictly pecuniary sense ($0.00), but it is also cheap in other ways. The 280-character limit acts an an upper bound on the amount of time you could possibly spend on any single tweet. I couldn’t write this article on Twitter (unless I made a giant thread).

Twitter also has very low search costs. In economics, search costs are the time consumers spend looking for products. Twitter’s search costs are tiny because it’s structured around only five things: tweeting, replying, retweeting, liking tweets and sharing tweets. Unlike scrolling through hundreds of headphones on Amazon deciding which ones to buy, Twitter users only face the same five choices every time they log on, so decisions are relatively easy.

Another way Twitter is cheap is it allows the avoidance of repeated games. What game theorists call “repeated games,” normal people call “real life.” Talk is cheap in the abstract (it’s very easy to say just about anything), but our repeated interactions with people make talk more expensive. For instance, even if you really don’t like a professor, you won’t say so in person because you know you will have to see them again next class. Twitter keeps talk cheap by making it easy to block, mute, or just plain ignore people.

Twitter is easy, not evil. In fact, easiness is neither a positive nor a negative quality, strictly speaking. For example, easiness is a positive quality for user interfaces but a negative quality for prison escapes. Twitter does not actually do most of the things people accuse it of doing. It’s a website, and websites don’t have agency (yet, at least). People do those things on Twitter. All Twitter does is make it easier for people to do what they already desire to do.

If you see something is trending on Twitter and assume it’s what everyone is talking about, take heart because Twitter is but a small slice of our nation. Only 68 million Americans were monthly users of the site in the first quarter of 2019. 68 million might seem like a lot, but there are over 325 million people in the United States, which is only about 21 percent of the population. There’s also enormous inequity in who exactly is writing tweets: 10 percent of Twitter users write 80 percent of the tweets. The entire platform is being held captive by the 10-percenters — call me the Bernie Sanders of tweet distribution. No self-aware person would say that 10 percent of 21 percent of the population is a representative sample of anything at all, so don’t be fooled by Twitter.

Twitter shows what people do when most of the costs of real-life society are reduced or eliminated. The result is more a reflection on human nature than it is on anything particular to Twitter. When Congress drags poor Jack Dorsey — whose greatest crime is obstinate refusal to wear a tie with a jacket — in front of some committee to berate him, it is really berating human nature in effigy.

If people spent even half the time they spend complaining about Twitter reflecting on human nature instead, Twitter would improve and so would the real world. It’s just as easy to do good on Twitter as it is to do bad, so if you’re on Twitter, you can be part of the dog pictures, cat videos and wit instead of the name-calling, body-shaming and smut. If we all hold ourselves to a higher standard, the average standard will improve (that’s just math). No one can hold you to a higher standard than yourself . We have a lot of work to do, but I think a good place to start is something my mother always told me when I was little: “Be a good friend and a good listener.”