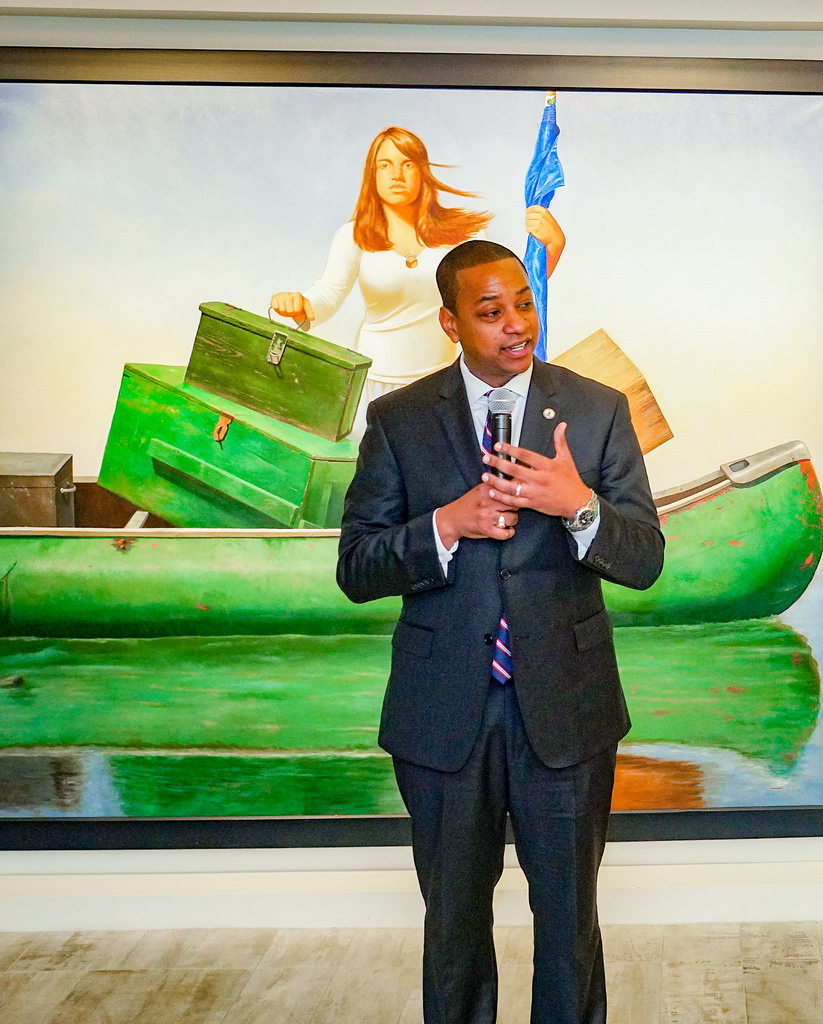 If you listen to what he says, Lt. Gov. Fairfax is hell-bent on proving he didn’t sexually assault two women. If you look at what he has done, Lt. Gov. Fairfax is hell-bent on permanently soiling his reputation. I don’t have any idea whether the accusations against him are true, but he has diminished his own reputation in a way that seems almost systematic. Here’s an outline for the Justin Fairfax Five-Step Guide to Ruining Reputations™:

1). Say you have an outstanding reputation. After the first accusation was made on Feb. 4 by Scripps College professor Dr. Vanessa Tyson, Lt. Gov. Fairfax issued a statement which read that he “has an outstanding and well-earned reputation for treating people with dignity and respect.”

2). Resort to conspiracy theories. Also on Feb. 4, Lt. Gov. Fairfax said, “Does anybody think it’s any coincidence that on the eve of potentially my being elevated that that’s when this smear comes out?” The potential elevation referred to the possibility of Gov. Ralph Northam resigning over his racist medical school yearbook, which would make Fairfax governor. Lt. Gov. Fairfax insinuated that people associated with either Gov. Northam or Richmond mayor Levar Stoney, another political rival, were behind the accusation.

As a general rule, no sentence uttered in public should ever begin “Does anybody think it’s any coincidence that….” Someone ought to ask Lt. Gov. Fairfax if he believes Lyndon Johnson was behind the Kennedy assassination.

3). Admit to womanizing at hotels. On Feb. 6, Dr. Tyson issued a very detailed statement, in which she said the following: 1) she met Fairfax on July 26, 2004, at the Democratic National Convention in Boston, 2) they had cordial conversations, 3) on July 28, Fairfax invited her to his hotel room, 4) Fairfax kissed Tyson and pulled her towards his bed, and 5) Fairfax forced Tyson to perform oral sex. On Feb. 9, the Washington Post reported Lt. Gov. Fairfax believed the interactions to be consensual. “He said he knew both women during the time they allege the assaults occurred. He said that he also knew them afterward and that they never told him their interactions were not consensual or caused ‘any discomfort.’”

In other words, he does not dispute the first four of the five points in Dr. Tyson’s description of the incident. He does not dispute that he asked a woman to his hotel room whom he had only known for three days with the intention of at least kissing her. There’s a name for that: womanizing at hotels. It’s creepy. I’m not familiar with any code of moral conduct that considers that reputable behavior – unless you count Hugh Hefner’s Playboy philosophy.

4). Say something stupid on a topic you know a lot about. On Feb. 9, the Washington Post reported that Lt. Gov. Fairfax called on the FBI to investigate the accusations against him.

The FBI declined to provide a comment to the Post, and it has not begun an investigation. Know why? The FBI is a federal agency that doesn’t obey state officials and has no independent authority to open an investigation into a state crime in Massachusetts. The relevant authority is the district attorney for Suffolk County (who is prepared to investigate, the Boston Globe reports). Before he was lieutenant governor, Fairfax was a federal prosecutor. He knew the FBI couldn’t start an investigation, but calling for one sure sounds good for politics, doesn’t it?

5). Play the lynch mob card. Lt. Gov. Fairfax closed the legislative session on Feb. 24 by likening himself to victims of “terror lynchings.” He said, “We talk about hundreds, at least 100 terror lynchings that have happened in the Commonwealth of Virginia…yet we stand here in a rush to judgment with nothing but accusations and no facts, and we decide that we are willing to do the same thing.”

Your eyes do not deceive you: “the same thing.” Two black women accusing a black man in a position of power of sexual assault in 2019 is “the same thing” as lynching. You don’t need to be an expert on the history of lynching to know that’s not how that worked.

As far as the facts are concerned, Republican leadership in the General Assembly wanted to create a bipartisan committee to investigate the claims fairly, but Democrats did not agree. Then, Republican leadership proposed acquiescing to the accusers’ wish to testify publicly. In response a spokeswoman for Lt. Gov. Fairfax, in an apparent bid for “Most Useful Idiot,” said, “House Republicans want to pursue this historically unprecedented course of action because the accused is a popularly elected Democrat.” It apparently never occurred to her that what they wanted was historically unprecedented because the entire situation is historically unprecedented. But then again, it must be hard to run a comms operation when your boss has stooped to comparing bipartisan legislative procedures (that have not even started) to lynch mobs.

Regardless of whether the accusations against Lt. Gov. Fairfax are true, he has succeeded in thoroughly and systematically soiling his reputation. His reputation may be gone, but his refusal to resign shows his pride is not. It would be sad if he let that drain away to nothing too.