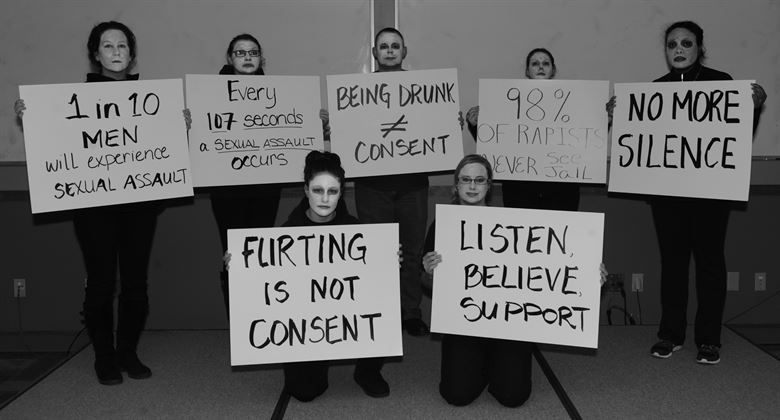 I am a survivor of sexual assault. I have only ever told three people my story. I believe it is important to talk about my mindset as a survivor, especially in today’s climate where reports and allegations are dubbed as “good timing” or “politically motivated”, and survivors are often asked in these cases why they did not report their story years ago. I hope to shed some light on these misguided assumptions. My story and views do not necessarily reflect the views of survivors in general. Each person has their own unique story, and this is mine.

When I was a young boy, about five or six years old, I was molested and taken advantage of by a person who I naïvely believed to be a companion and friend. “No” means very little to someone who has virtually absolute power over you in the moment.  It happened only once, but once was enough. When I was informed I would have to see the person for another night, I told my parents what had happened in the best way any young boy could. My parents did not believe me but allowed me not to interact with the person again. A young boy’s hesitation to be left alone or reluctance to be touched near their privates can be easily explained, I suppose. I don’t blame my parents in any way, shape or form—I was a dramatic child, and I suppose why ruin a person’s life over a small fib or exaggeration. When I was younger, I even questioned whether it really happened or whether it was simply an exaggeration like my parents had assumed.

If I am being totally honest, I would have to say the experience has not affected me much as I grew older. I still remember exactly what happened, and I vividly remember watching Courage the Cowardly Dog on the television as it progressed. I think the only lasting harm besides memories is my disgust towards that show.

Survivors should be believed regardless of timing or coincidence. In all cases of sexual assault allegations, a proper and thorough investigation should proceed to determine the validity of a claim. A survivor should never be written off as a political tool.

My assaulter is currently working a full-time job in a foreign country, and I have no desire to report my story to the authorities. In my mind, there is nothing that can be done but hear my assaulter vehemently deny the accusations of an event that happened over a decade ago.

However, I honestly believe that should my assaulter enter the political sphere, I would come forward regardless of political affiliation. It is so, so important in my mind that an elected official represent the people and be someone of high moral character. No person who sexually assaults another can ever represent any community and claim to be of high moral standard. As a survivor, I would feel it would be my duty to my community to ensure that people understood the reprehensible actions of that individual.

Lt. Governor Justin Fairfax cannot hold public office if these allegations are proven to be true. Similarly, survivors cannot and should not be dismissed as a political pawn, or have their stories simply labeled as coincidence. It is not a coincidence that survivors do not want to see their assaulter representing a community, it’s common sense.

The timing of these allegations is often scrutinized. It takes bravery and guts to come forward, especially publicly with a sexual assault story. Just look at the public humiliation, attacks and discreditation that Dr. Christine Blasey Ford experienced during Judge Kavanaugh’s confirmation. It can take days, week or even years for someone to decide to come forward. Just because their accuser did not come forward during an election cycle or earlier in their career does not give anyone the right to dismiss their story.

I know personally that although I say I would speak up against my assaulter should they run for office, it does not mean that if the time came I would be fully ready. Dismissing survivors as pawns during a political crisis is insulting, and frankly only succeeds in minifying and delegitimizing other survivors’ experiences.