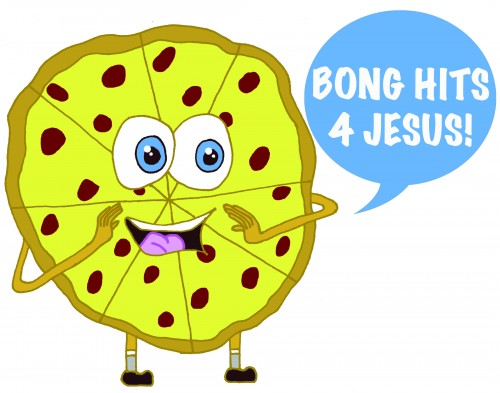 A “Pizza and Perspectives” event was hosted at Mason’s Arlington campus in early February. A panel of experts discussed students’ rights and free speech — issues that were also at the heart of the 2007 Supreme Court case, Morse v. Frederick where high school student Joseph Frederick was suspended for bringing a banner to a school event that read “Bong Hits 4 Jesus.” (Megan Zendek/Fourth Estate)

A panel of Mason experts led a discussion over pizza and soda on a much disputed issue in the world of higher education — how to foster freedom of expression while protecting students from hate speech and other forms of discrimination.

On Thursday, Feb. 4, Mason’s Arlington campus hosted the first Pizza and Perspectives academic discussion of the spring semester. The topic was “Protecting Students vs. Protecting Free Speech: How Can We Create Safe Spaces in Higher Education?”

The goal of this discussion was to explore the balance between providing protection for students while also protecting free speech. This tension is by no means unfamiliar to the Mason community, which has witnessed numerous provocative instances of free speech, from anti-abortion activists that hand out graphic pictures of aborted fetuses to a violent confrontation between a student and a visiting preacher last fall.

Though the Pizza and Perspective topics are usually weighty, the format of the discussions is usually casual. After they were introduced, each panelist took 15 minutes to present their thoughts on the night’s topic.

The first panelist to speak was Dr. Peter Stearns, provost emeritus and university professor of history and art history. Stearns began his remarks by pointing out that he had a fundamental problem with the way the topic was framed in the title of the discussion.

“I believe that in most cases, not all persuasion is better than compulsion,” Stearns told the forum. “I also believe deeply in academic freedom.”

“Partisans of academic freedom and partisans of minority rights ought to be on the same side,” he explained. “We should both want to discuss problems openly so we may find solutions.”

That being said, Stearns said there should be three basic rules guiding these discussions to ensure they are productive and peaceful: interlocutors should distinguish between opinions and insults, remain courteous and genuinely think about others’ positions.

The second panelist to speak on the topic was Dr. Todd Zywicki, Mason professor and executive director of the Law and Economics Center for Mason’s School of Law. Zywicki is known for his past success in reforming Mason’s speech code with the help of the Foundation for Individual Rights in Education (FIRE) to promote greater freedom of speech on campus.

Zywicki began his presentation by agreeing with Stearns’s concern about how the issue was framed. He also disagreed with the subtopic presented in the discussion’s title, asking, “How can we create safe spaces in higher education?”

Zywicki said there are already examples of limits on freedom of speech listed in the first amendment, such as targeted harassment and libel. Beyond that, he believes that people already know what these hypothetical spaces would look like.

“Let’s be honest, we all know what happens when these type of spaces are created. Leftist views are allowed and conservative views are rejected as entitled,” Zywicki said. “It’s obvious what this is. It is not about protecting their own ideas, it is about driving out ideas that they don’t like.”

Zywicki also commented that he, much like Stearns, is concerned about academic freedom and fears that freedom of expression would be limited in any established safe space.

Zywicki supported his argument by recalling past attempts to limit ideas, such when communists were banned from Hollywood and university campuses in the early 1960s. He explained that events like these end up as historical embarrassments, and we should not repeat those mistakes.

The final panelist to speak was Julian R. Williams, vice president of Compliance, Diversity and Ethics at Mason. Both Williams and his department have been extensively looking at this particular issue.

However, he wants to refocus the argument. “I want to not look at these issues in a vacuum and center it around the current context as it relates to current events colleges are being challenged to confront,” he said.

From that position, Williams said he has realized one of the most important factors in this discussion is how the community defines “safe.”

Williams explained he does not want safe spaces to be physical places but instead wants to create a widespread mindset of openness.

“Proper policies and procedures is how you build your safe space,” he said. “It’s not a room; it’s about training and a focus on ensuring student conversations are courteous and productive.”

He closed by saying safe spaces should not shield students from ideas that might make them uncomfortable but instead should encourage discussion about controversial issues to promote more understanding and growth. In this respect, Williams supported the views of academic freedom expressed by Stearns and Zywicki.

“Classrooms need to be a place where the free exchange of ideas is possible,” Williams said. “Otherwise, we are losing sight of the mission.”

Once the panelists finished, the discussion was opened up to the audience for questions and thoughts, and the panelists weighed in on each other’s positions.

Junior Marion Slack  joined the conversation by expressing her view that it is productive to simply discuss the issue of free speech versus safe spaces.

“I just really feel like not talking about things isn’t going to make them go away and definitely isn’t going to solve anything,” Slack said. “If people can’t talk about issues that make them uncomfortable, then they shouldn’t be able to force others not to talk about it, too.”