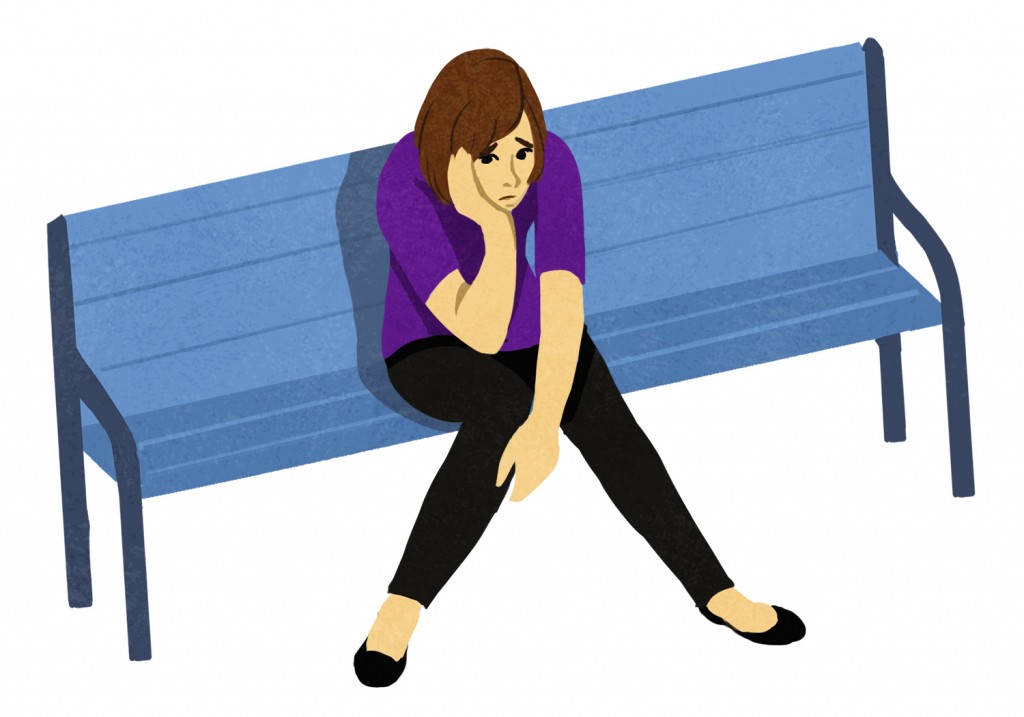 This story was originally published in the April 06 issue of Fourth Estate.

Depression, as described by the National Institute of Health, is “feeling sad, blue, unhappy, miserable, or down in the dumps. Most of us feel this way at one time or another for short periods.” Clinical depression, however, as also defined by the NIH “is a mood disorder in which feelings of sadness, loss, anger, or frustration interfere with everyday life for weeks or more.” Suicide is often a response to clinical depression.

“I know people used the phrase ‘I’m so depressed’ or ‘that’s so depressing’ a lot, but to me it’s more serious than a temporary state of emotion,” Jalali said. “I might be sad every once in a while, but I’m aware that depression is a long-term condition.”

While Jalali herself does not personally struggle with clinical depression, she knows of people that have the disease and that it seems to be a lot more common than a more people realize.

The American Association of Suicidology explains that depression “affects how one feels, thinks and behaves and can lead to a variety of emotional and physical problems”.

A student prescribed with clinical depression, who requested to remain anonymous, explains his experiences with depression.

“[I] would wake up and dread any part of my day. Any part I could think of I just was terrified of doing,” he said.

Suicide is one of the results of the depression. According to AAS, depression is present in at least fifty percent of suicides. “two percent to nine percent of people that have been diagnosed with depression in their lifetime will go on to complete suicide according to a mayo study.”

The aforementioned anonymous junior explained that the worst part of his depression has been “the overall feeling of wanting to die.”

When it comes to recovering and dealing with these issues, everyone has different coping mechanisms. Some people use medicine or therapy, others turn to friends or family to try to feel better.

“I take my anti-depressants and try to keep myself busy,” the anonymous junior said. “But that’s what works for me.”

Jalali says her close friends that battle with clinical depression “end up doing a combination of therapy and medication. I know some people just end up doing one or the other, rather than both.”

Jalali and the anonymous junior together mention that the most helpful sources of recovery depend on the person.

“[They may] just want to be alone, or they’ll be really adamant in talking to someone and releasing their emotions,”Jalali said.

The anonymous junior thinks that medicine, although a controversial topic, could be a great help depending on the person and the medicine.

“If a person does find the right medicine, it’s extremely helpful. Different people react differently to different medicines,” he said.

Mason offers several services to help students with this disease to feel their best and more comfortable at school. Counseling And Psychological Services  gives students an opportunity to talk to psychiatrists and psychologists, and even get a prescription for their disease.

Mason CARES focuses on suicide prevention and mental health awareness. Their ultimate goal is to keep the campus educated, but also allows you to request help for yourself if considering suicide, or a friend you’re concerned about.

“My advice to other students trying to cope would be to open up and don’t be afraid to tell your friends how your feeling, because they might be able to be there for you in ways that you didn’t even consider,” said the anonymous junior.

View all posts by mbaile16 →