Senior Vice President of Finance and Administration JJ Davis and Provost David Wu updated faculty, students and staff on the new reduction of state-mandated budget cuts in a town hall meeting this week.

In an email, President Ángel Cabrera explained that the state of Virginia recently asked the university to return $6.2 million of state funding due to a tax shortfall of $2.4 billion for fiscal years 2015 and 2016. 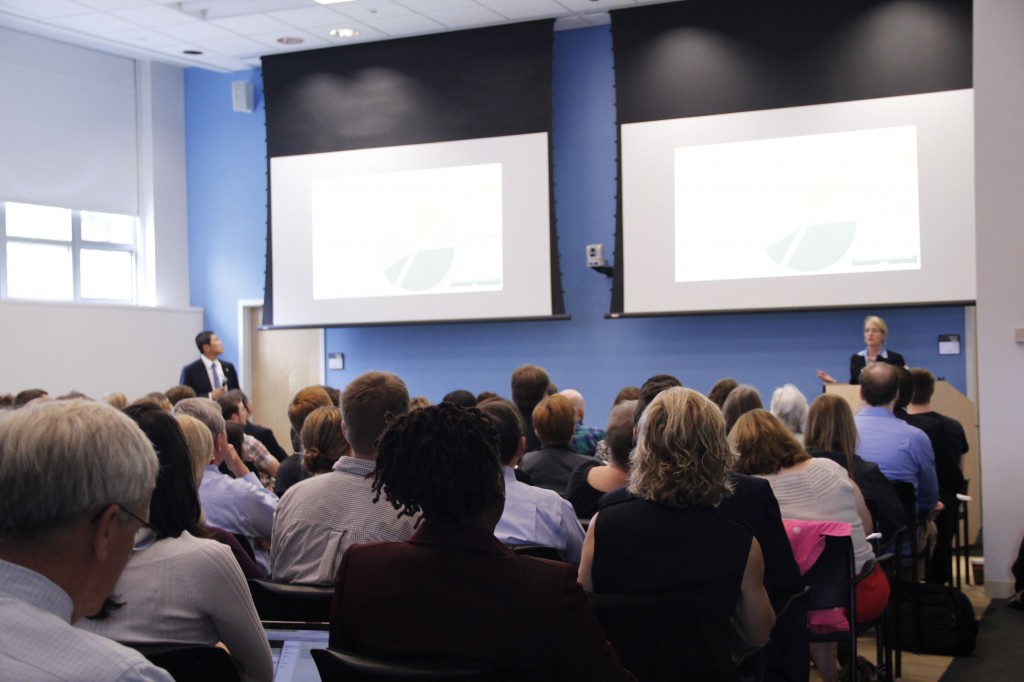 While explaining the reasoning behind the cuts, Davis and Wu reiterated their main priority of protecting and advancing the core academic mission of the university. Thus, Wu mentioned that cutting courses was not conducive to preserving the university’s academic core.

Among the academic units, Wu and Davis announced that the College of Humanities and Social Sciences will take the most cuts with $808,600, followed by the College of Science and then the Volegnau School of Engineering. Finance and Administration will have the most deductions of all operating units at $2,774,100. Central Academic Administration take the next cut with $1,787,800 and then University Life with $657,400.

The remaining reductions from academic units and the $1.6 million from the operating units, totaling $2.8 million, are put into a stabilization fund to prepare for future cuts.

“[The cuts] are really a snapshot of a long-term trend,” Davis said.

Davis and Wu said the $2.8 million in the State Reduction Stabilization Fund is money the state already owes the university for health care and pension funds. However, they are unsure if they will receive that money. Davis says that they do not know at this time whether the state will ask for further cuts in fiscal year 2015.

A $1.9 University Stabilization Fund was also created to improve the graduate admissions process, increase out of state recruiting and help with the university’s digital strategy and IT infrastructure due to recent information intrusions.

Davis said the “national phenomenon” of rising student debt is largely occurring because of reduced state funds, but there is no “media conversation” concerning that aspect. However, she said Mason is better off than other universities because “43% of our students carry no debt.”

Davis explained state funding reductions are a problem currently facing many universities. According to Wu, 49 states are spending less per student in higher education than they were in 2008. 28 of those states have reductions of more than 25%.

“The situation we find ourselves in is not unique. This is a national phenomenon, national trend” Davis said.

The university will also be starting winter break early on Dec. 22, 2014 until Jan. 2, 2015. Mason’s senior leadership will have an additional eight hours of leave in added to the 12 hours of holiday leave approved by Gov. Terry McAuliffe.

“This is our way of saying thank you for your hard work during this difficult time of change,” wrote Wu and Davis in a recent email. “We hope you are able to use the two-week break to relax, recharge, and spend quality time with family and friends.”