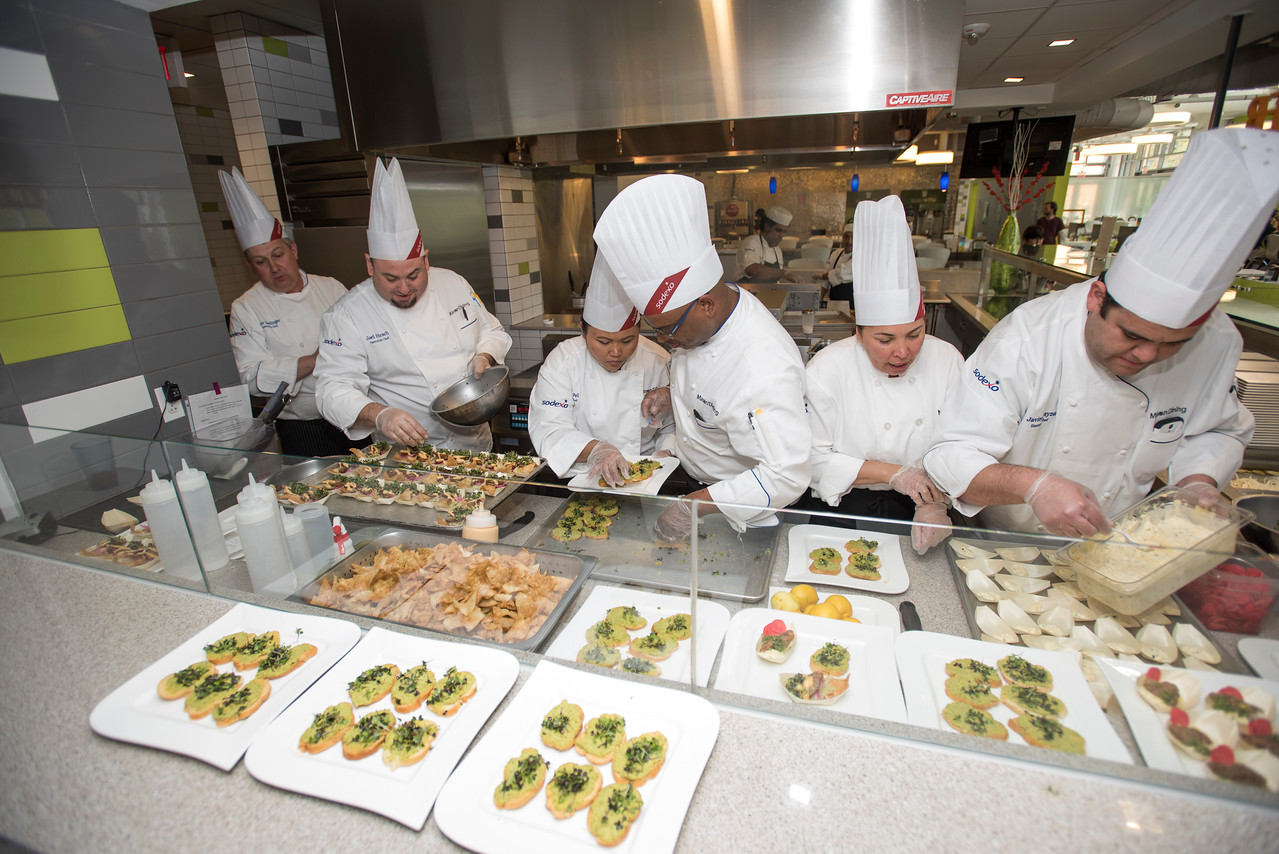 As I sit down in the Johnson Center, holding food from one of the many Sodexo-operated restaurants, I take a minute to think about how heavily our campus relies on the workers that staff these restaurants and our dining halls. I then think about the egregiously poor pay and conditions that these workers have recently come forward about.

On Oct. 7, Alex Madajian wrote that raising Sodexo workers’ wages would “probably” result in a tuition increase for students. This claim is intensely misleading and would suggest that the author has little to no understanding of what this process actually entails. While Mason footing the bill is one possible implementation of a living wage, there are plenty of ways they can do so without raising tuition.

Mason could refuse to renew their contract with Sodexo until they agree to provide living wages. If Mason does choose to raise tuition, the blame shouldn’t fall on the workers for demanding liveable conditions — it should fall on the university for failing to manage its money effectively.

Regardless of whether you’re a libertarian, a Marxist, a liberal or a conservative, everyone can agree that $10 an hour is not a living wage in Northern Virginia. I’ve never heard anyone even try to argue this point. MIT’s living wage calculator estimates the living wage of one-adult households with no children in Fairfax to be $17.44 per hour, and the estimates rise dramatically when including two-adult households with children. It’s even more impossible for it to be a living wage when you have to pay large sums out-of-pocket to access your healthcare benefits which the workers have told me and others many times. Yet, these are the conditions Sodexo forces its workers to endure.

Even if one believes in the functions of the free market, and thinks the “invisible hand” will somehow regulate wages, I’m of the mind that there’s a time when empathy and respect are more important than profit. Without these workers, Mason would not be able to operate until replacements were found. Our campus would likely grind to a startling halt. Supporting the workers isn’t even an unpopular idea: the Student Senate voted overwhelmingly to support them.

Every one of us benefits from the labor provided by Sodexo workers, and most of us benefit from it every day. That’s why this isn’t about profit margins, market theory or non-conclusive theories about how the minimum wage harmed Seattle — spoiler alert: the effects in Seattle were unclear.

The same authors of the Seattle study Madajian cited wrote another paper, discussed in the article above, last month where the effects are “mixed-to-positive.” (Another point of interest is that Madajian claimed that the worker’s campaign is “not an effort driven by facts, data or anything remotely resembling pragmatism, but rather emotions.” While emotions are certainly involved here, considering the uninformed claims that Madajian’s opinion contained, it’s perplexing that the author would accuse this campaign of being purely emotional and devoid of facts.)

This is about approaching others with empathy and listening and deferring to those whose labor we benefit from. When the workers who keep my university functioning and feed me on a daily basis ask for my solidarity and support, I’m going to listen to them. I’m going to stand with them and help to the best of my ability. It feels entirely wrong to do anything else.