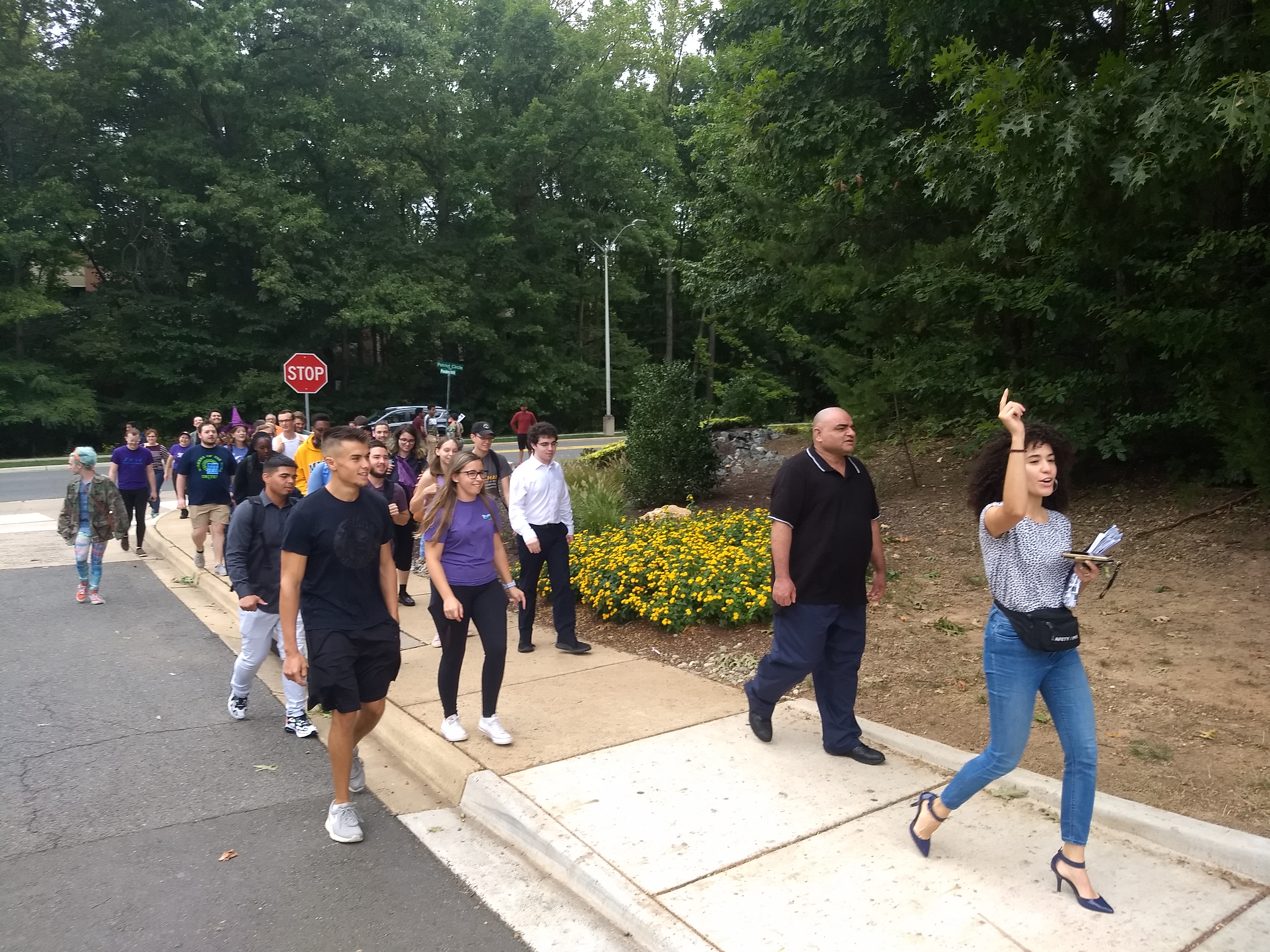 Workers hold a demonstration as part of ongoing union efforts

Workers and students met Friday, Sept. 13, in the Southside lobby to deliver a petition to Sodexo’s management team.

Sodexo manages dining for both Mason’s dining halls and some of the restaurants on campus.

The petition calls for respect for workers and their right to bargain for a higher wage, according to one of the students in attendance.

Sodexo’s management did not come out to speak to the group, which proceeded to chant slogans such as “que salga!” (come out!) and “Come out, Juan!” in reference to Juan Seguin, one of the managers working at Southside.

The group then walked over to Ike’s. Marshall Petit, a student demonstrating in solidarity with the workers, explained that “Ike’s is a better place to yell because everyone can 100 percent hear you.”

Petit was one of many members of a student organization known as ROSE (Radical Organizers for Socialism and Equity) present at the protests. ROSE had handed out flyers in the week before alerting students to the workers’ efforts. 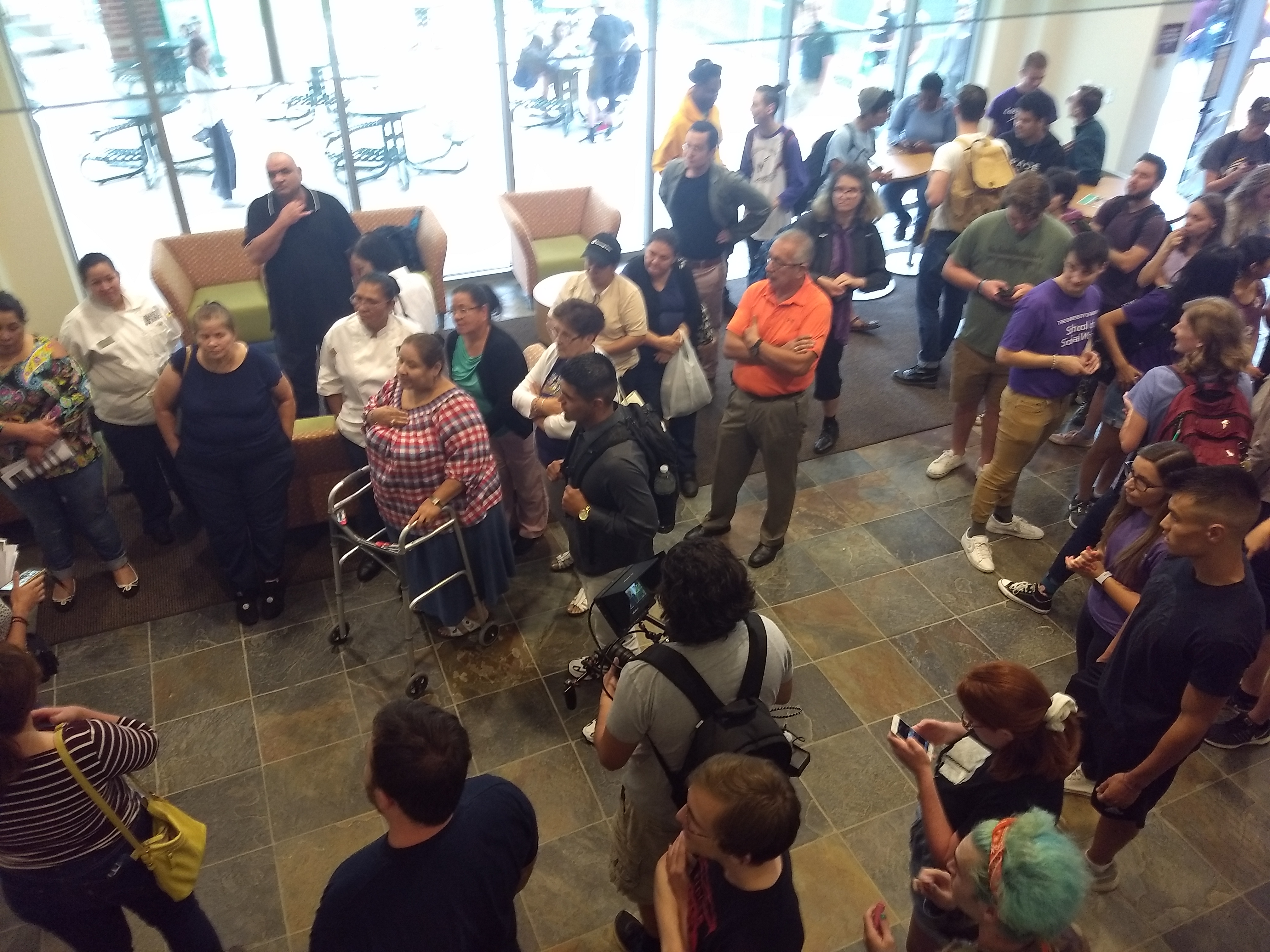 When the group began chanting inside of Ike’s, students left their tables in the dining area to witness the demonstration. Several students began to record videos of the event.

After chanting, the group left the dining hall and gathered on the front steps. Several workers, one of whom has worked at Mason for over thirty years, spoke about their experiences with Sodexo.

Employee complaints included alleged mistreatment and disrespect from Sodexo’s management at Mason, as well as claims of discrimination and being overworked and underpaid.

Some workers also stated that their hours were reduced from 40 to 37 hours a week, but they were still asked to complete the same amount of work.

Sodexo did not respond to Fourth Estate’s request for comment.

As of now, it is unclear whether Sodexo has recognized the union on Mason’s campus.