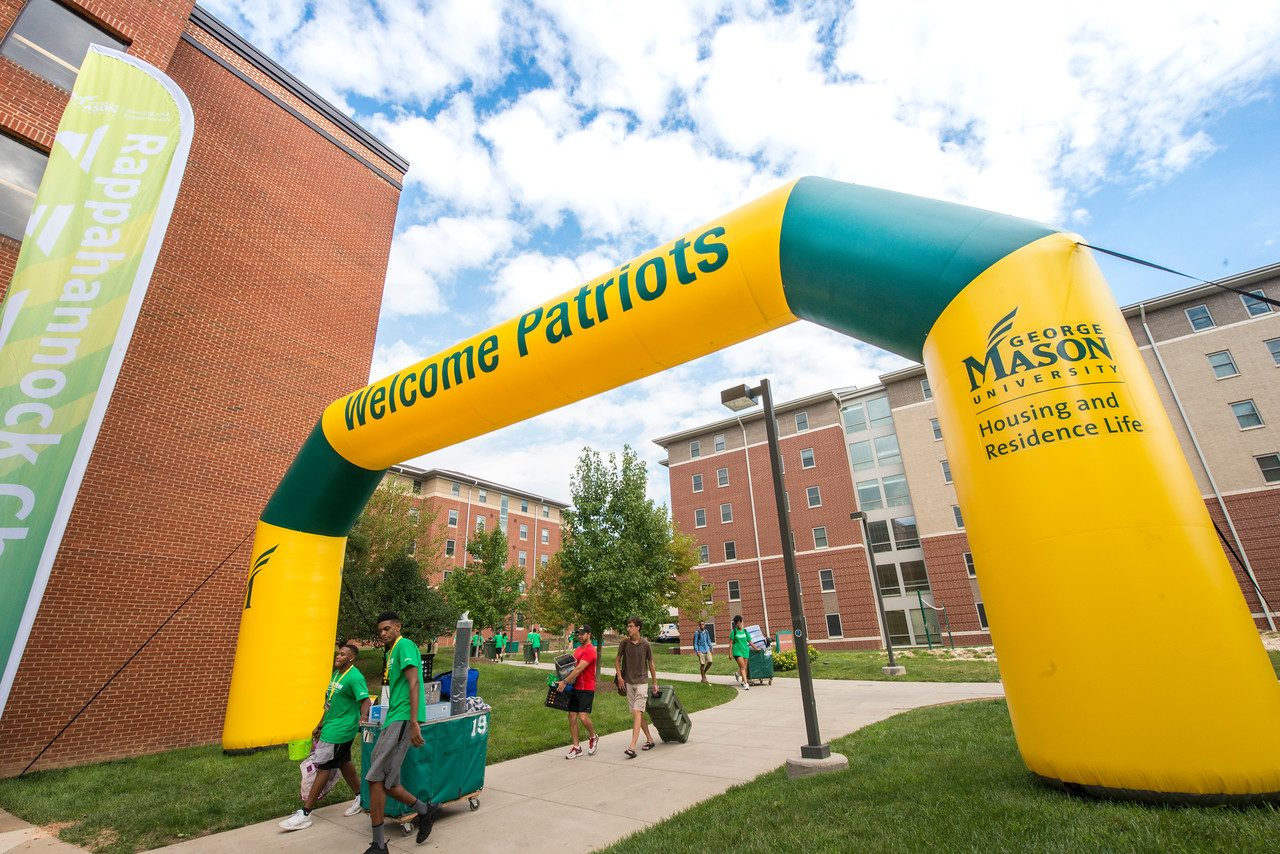 As an out-of-state freshman, I’ve had to adjust a lot and familiarize myself with my new home. During orientation and move-in, my brain was overflowing with information. I retained some of that information, but I had to learn the majority of it through experience. Although some of the following tidbits may seem obvious, go easy on me —-  it’s just my first semester.

“One Chick-Fil-A sandwich with medium fries. Thank you,” I said to the chipper employee dressed in red.

She plugged in my order and responded with the classic catchphrase, “My pleasure.”

Then came the dreaded question: “Mason Money or Bonus Bucks?”

Mason Money or Bonus Bucks? I thought to myself. What’s the difference? Is there a difference?

“Bonus bucks?” My answer sounded more like a question.

She swiped my Mason ID, and I sat down with my sandwich crafted by God’s angels, still puzzled by the on-campus currency dichotomy. I asked my friends if they knew the difference, but they were as lost as I was. So, we turned to the all-knowing goddess of information: Google.

Mason Money is separate from your meal plan, and you can use it at a variety of places on and off campus. Bonus Bucks come with certain meal plans (Independence, Liberty and Patriot) and you can use them in most dining venues. Your funds will roll over from fall to spring semesters and are tax-exempt.

Beware when signing up for intramurals! I was excited to play on a soccer team and make new friends, so I joined happily signed up with a random group. I was utterly disappointed when no one from my team showed up to our first match. Or second. About five girls showed up for the third. And no one came for the remainder of the season. To make matters worse, a single player obviously isn’t enough to have a game (I’m good, but not that good), so we were forced to forfeit each match. Unbeknownst to me, there is a $35 forfeit fee, and all team members are indefinitely suspended from intramurals until it is paid.

Talk about a rough first couple of weeks: I was stood up by my team, in debt and suspended. Ouch. Thankfully, the team captain covered the cost, and the suspension was rescinded.

Although I wasn’t able to play soccer and make instant friends like in a Disney movie, I did learn a lot from this experience. You should still try new things but do so with caution. Don’t get your hopes up —  after all, they are just intramurals.

On a positive note, when life throws you a curveball, you can find peace in the Innovation Garden. Located between the JC and Innovation Hall, this sanctuary is home to a variety of flora and fauna. In warm weather, I would read before class and take a nice mental break. Although it’s now bone-chilling cold, it’s still worth meandering through on your way to class. Self-care doesn’t always have to look like a face mask. Simple moments in nature are just as good for your wellbeing, especially during finals week. Show yourself some love and visit the garden.

Don’t be surprised if you’ve never heard of emergency housing —  that’s a good thing. The man at the Piedmont Desk hadn’t either until I came in. For reasons I’d like to keep private, it wasn’t safe for me to stay in my dorm for a period. As I was scrambling to find a hotel room, someone from housing called me and offered a solution: free emergency housing. I happily accepted and moved into my temporary room. It had dorm furniture, a sink, a microwave and a private bathroom. Despite a general creep feeling, it was an upgrade! I’d give it a hearty 8/10. I’m incredibly thankful for the housing department’s help, and I’m impressed by their prompt action. If you ever find yourself in an unsafe dorm situation, call housing at 703-993-2720 and talk with them about your options.

Are you tired of running lap after lap around Patriot Circle? Are the robots getting on your nerves? (Just cross the street, my guy!) Do you wish the commuters would stop staring at you as you run past? Try running over to West Campus. Perhaps you could run sprints around the track or run hills up Campus Drive. If you’re feeling adventurous, turn onto Santa Clara Drive and explore the neighborhood. Also, people have recommended Lake Barton, Daniels Run Park and Lake Mantua. My running shoes have yet to hit these paths, but I’d love to hear what you think of them!

What have you learned this semester? What do you hope to learn in the spring? Write to me at scannon2@gmu.edu.