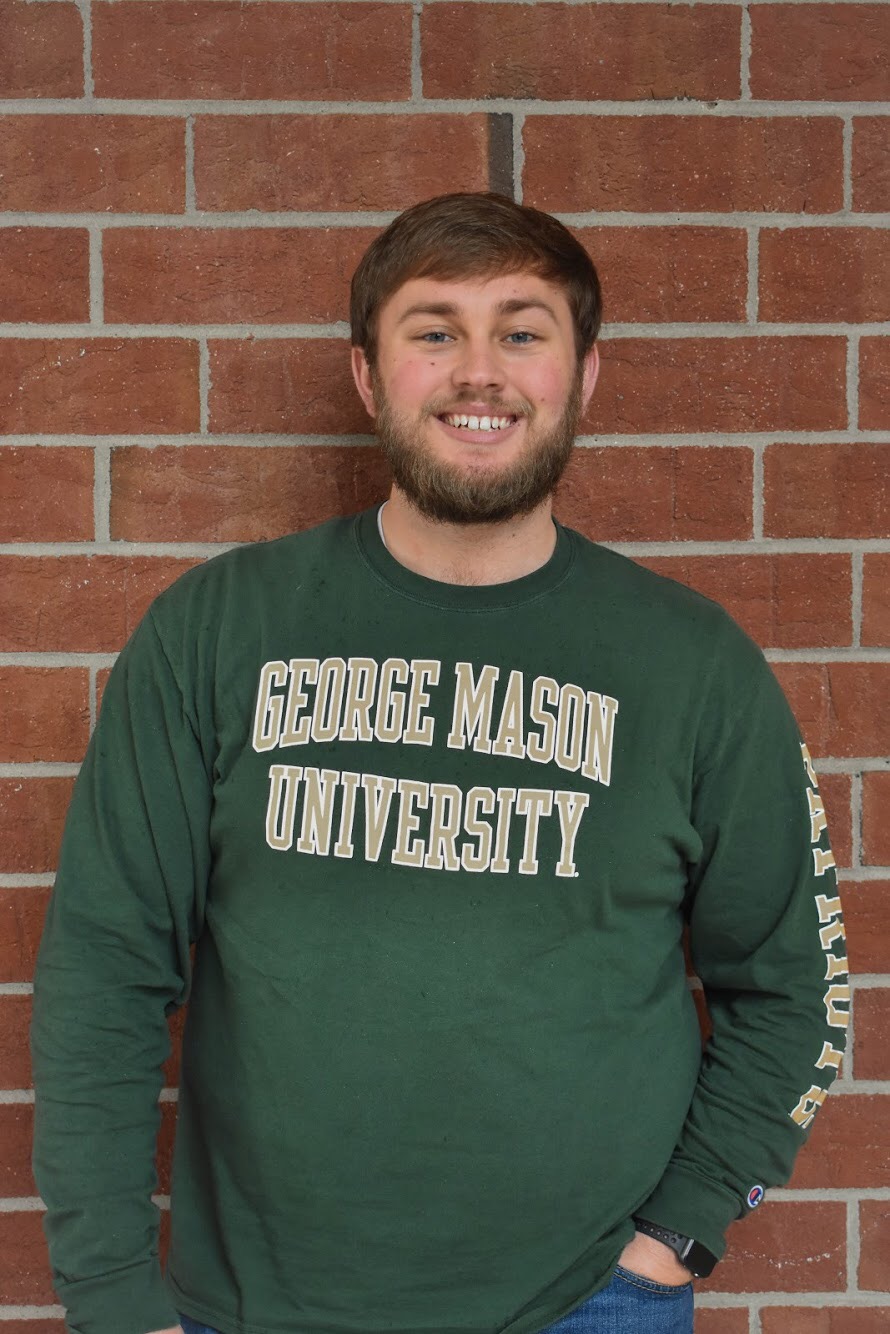 Sitting in a conference room in the back of the Office of Student Involvement, senior Camden Layton, Mason’s student body president, sits at the head of a large table. He is flanked by Vice President Adia McLaughlin and Speaker of the 40th Student Senate Cedric Price.

“I have a test in an hour and I haven’t read the book,” joked Layton, as he and his fellow Student Government members prepared to start their weekly lead team meeting — and Layton’s second meeting of the day.

The lead team meeting came directly after another meeting that Layton and Price attended to discuss with representatives from the black community at Mason how to go about removing the chalk that spells out “TOADS” around Mason’s campus. The term, while assumed to not have been started with racist intent, can be used to describe black male inmates and has connotations with another racial slur.

In response to the potential backlash Student Government could receive if they took the lead on removing the words around campus, Layton said, “Those are problems I’m willing to have.”

“Personally, I’d much rather have no one feel uncomfortable on campus than have a larger majority not have this tradition,” said Layton.

Throughout the meeting, Layton took notes on his laptop, which is littered with stickers that represent his time at Mason. “2020 Gillibrand” reads one; another is from his fraternity, Chi Psi, in which Layton is the treasurer. There are two Mason stickers and a Student Government sticker completing the ensemble.

Layton never planned on being the student body president. Coming from Horseheads, New York — where he had previously taken part in student council at his high school — he had vowed to never take part in Student Government at Mason.

His plans changed towards the end of his freshman year, when the former Student Government vice president approached Layton about joining Student Government in his sophomore year. From there, he became undersecretary for federal affairs. The position was eventually written out of the code and Layton then became the undersecretary for student civic engagement instead. 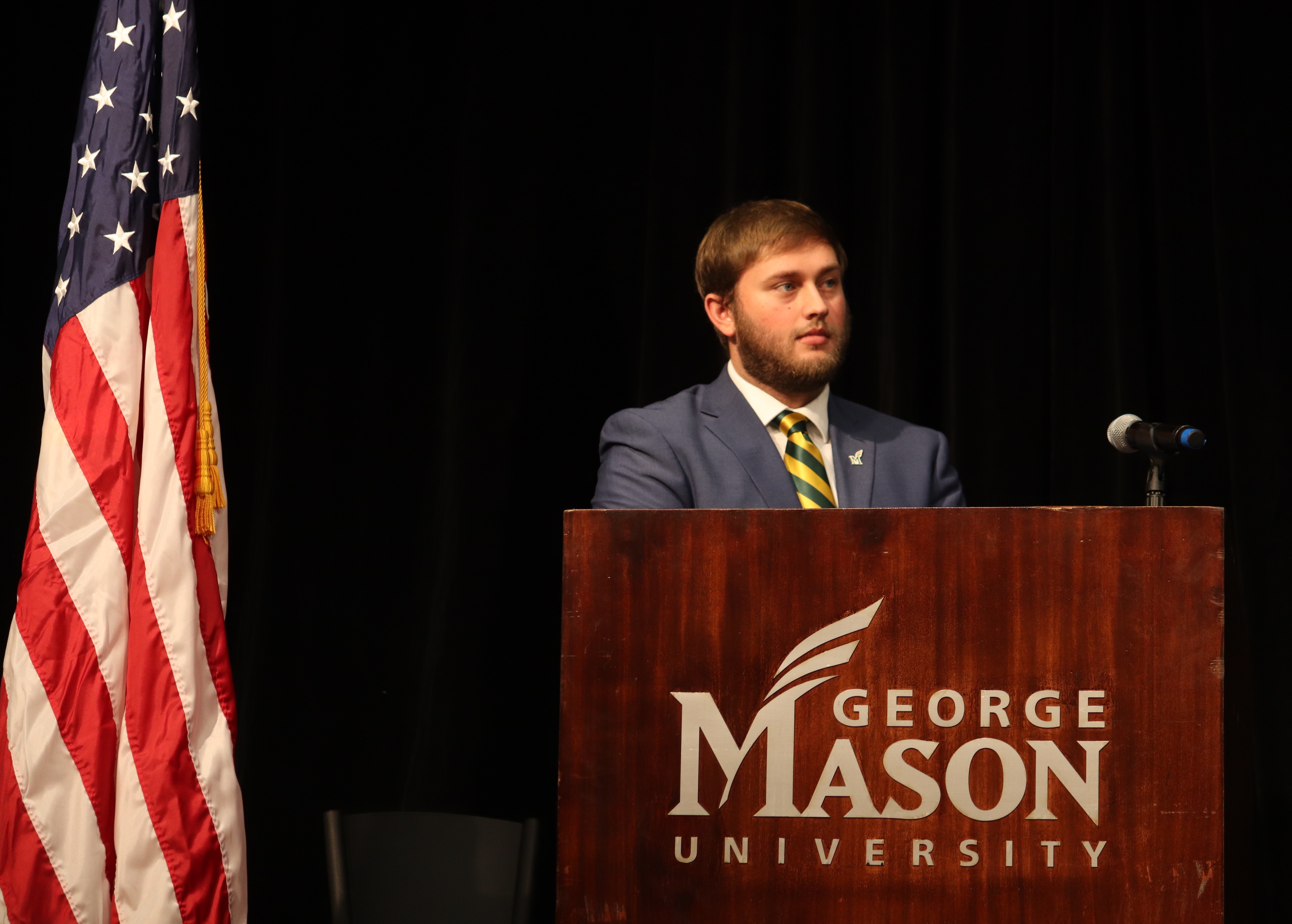 Around November, he then started to think seriously about running for student body president. McLaughlin was at the top of his list of potential running mates, according to Layton. At that point in time, McLaughlin was studying abroad in Africa.

“He actually messaged me on Facebook, and I was studying abroad in Africa, and I got a message saying, ‘Hey, when you’re back in the States, give me a call.I was like ‘God, am I in trouble? What could I have possibly done?” McLaughlin said.

When McLaughlin got back to Fairfax, the duo officially started to lay down plans for their campaign. Among those plans, Title IX reform and affordable student housing topped the list.

Layton’s election cycle was marked by an “atypical” election season, where he and McLaughlin ran against Micah Mudlaff and Davide Genoese-Zerbi.

“We understood why they were doing it. And we valued that opinion to be well, they weren’t necessarily against Student Government, they were anti ‘administration not listening to us,’” said Layton.

“I just thought it was not the best way to go about [it]; if you wanted to make [a] change on campus then  run and take the position and then fight for that — which is what [McLaughlin] and I were doing — whereas they were like, ‘Don’t elect anyone,’” said Layton.

Layton explained that the frustrating part was the student body’s response to Student Government during the abstain campaign. “They did not like [McLaughlin] and I, and I don’t understand why because we’re all fighting for the same thing — we’re just doing it in different ways. So I didn’t understand why they didn’t like us. ”

Price, who was a member of the Student Senate at the time, endorsed the “Vote For Nobody” campaign. “That was really tense at first,” said Layton. 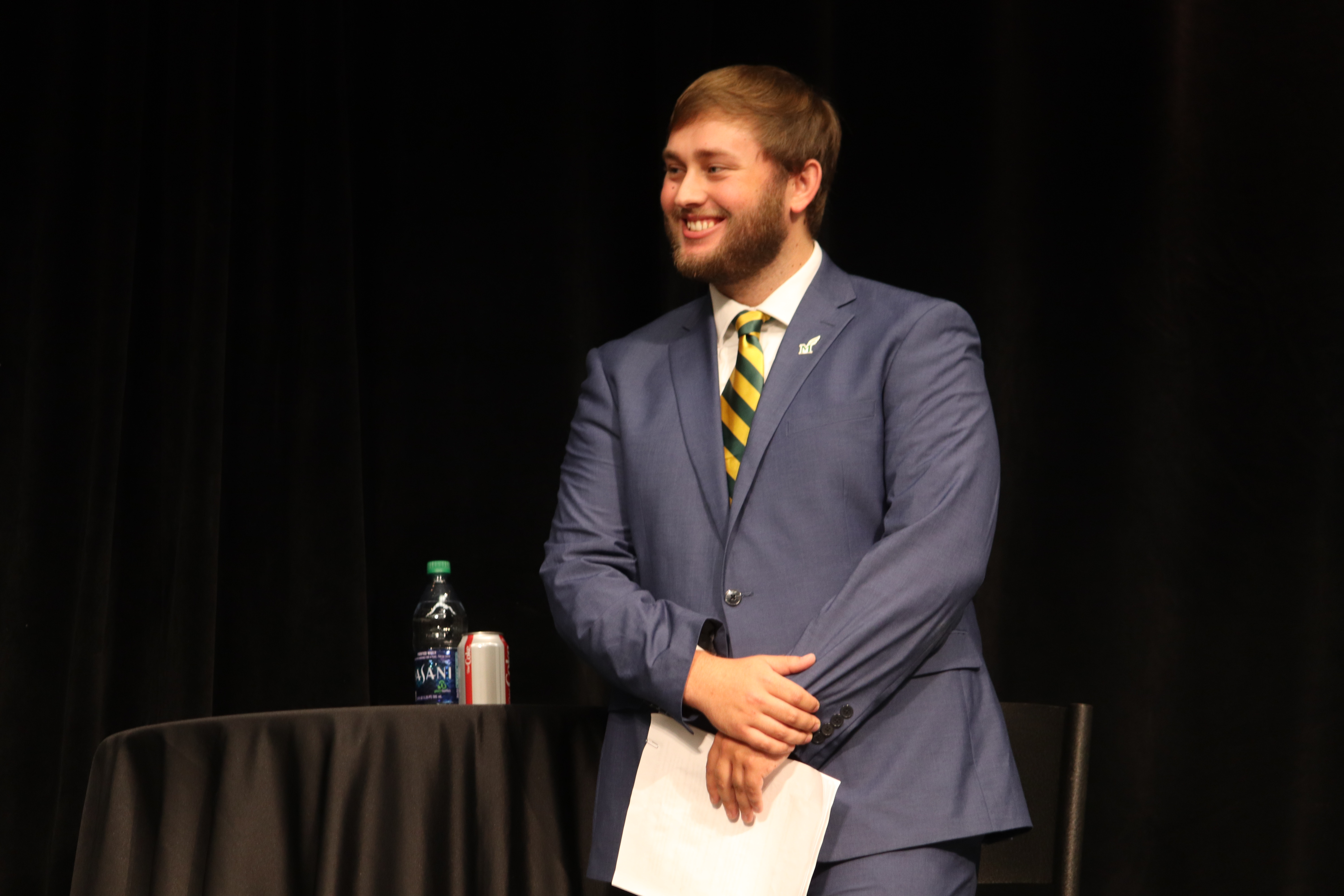 Still, Layton, McLaughin and Price have found a working balance, according to Price. “The relationship that we’ve developed and had since the beginning of our positions has been nothing but great,” Price explained.

McLaughlin shared similar thoughts about Layton. “He’s just so innovative and some of the things that he can do is just  so — I don’t know, it shocks me sometimes. He’s just very multifaceted and is really adaptable to any situation. But [he] is always looking to solve and figure out the problem,” she said.

Currently, Layton is working towards the goals outlined in his and McLaughlin’s campaign. Recently, Student Government appointed junior Sarah Kurian the undersecretary for Title IX and Clery Act Compliance. Layton is also focusing on affordable student housing, and recently attended a Fairfax County Board meeting to advocate for more affordable housing.

“If I didn’t want to help students, then I wouldn’t be here,” said Layton.