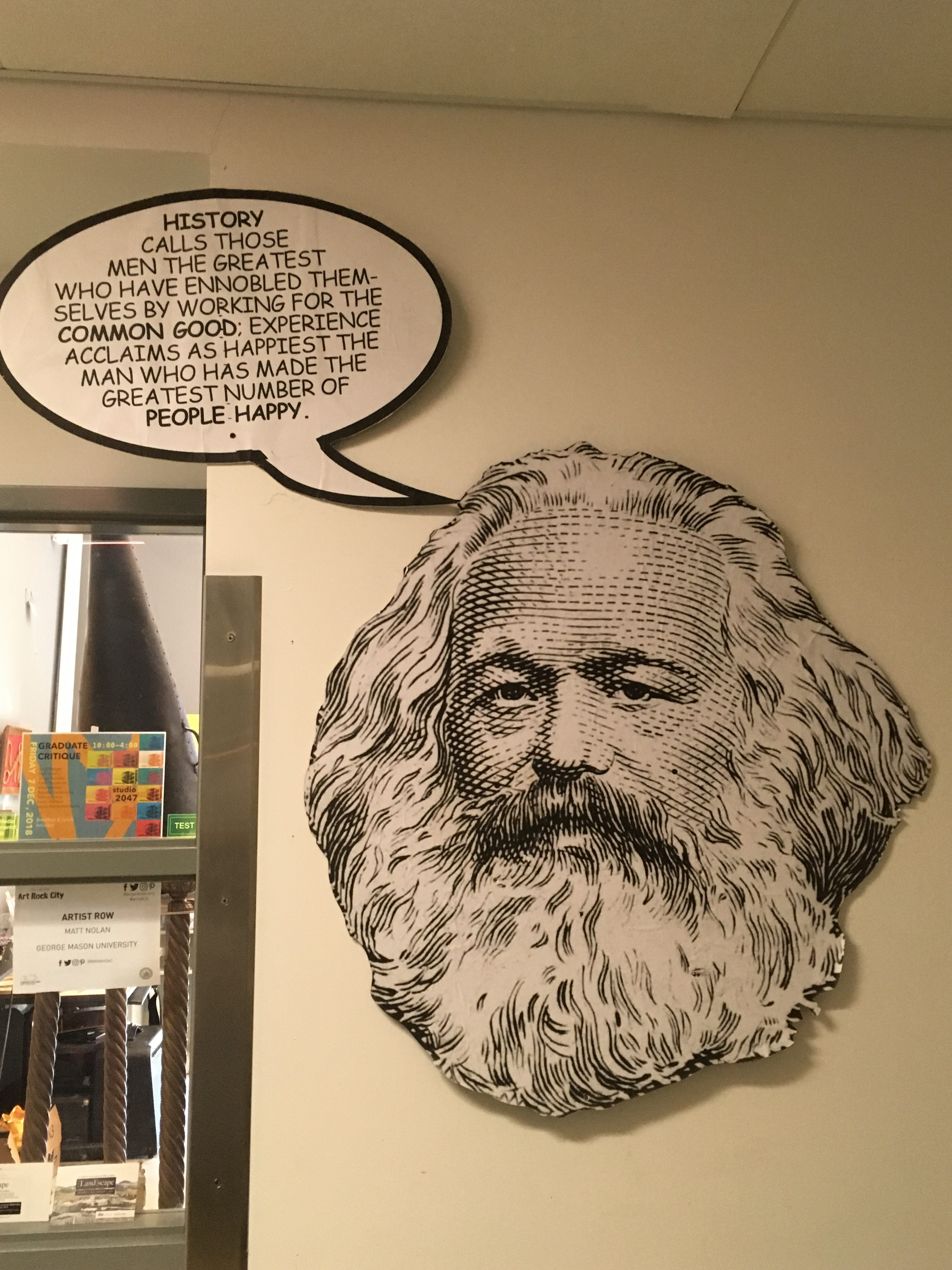 Of all the ideologies that plague academia, the worst may be Marxism. The founder of Marxism is philosopher Karl Marx, author of “The Communist Manifesto.”. Being that Marxism and its offspring communism have inspired brainwashing, gulags, mass murders, destruction of private property, famine and conformity, why is this ideology so appealing to academia?

Marxism can be summed up in this Marx quote: “History calls those the greatest who have ennobled themselves by working for the common good; experience acclaims as happiest the man who has made the greatest number of people happy.”

Marx’s foundation rests on the idea of focusing one’s life on the “common good”. According to Marx, this in-practice would lead to the overall happiness of society.

Much like good, happiness is only attained by pursuing your life,  not the lives of others. With both Marxism and communism, you most forgo your own liberty to pursue both the happiness of the state and the dictates of others. Conformity will follow shortly after, along with terminating those who do not abide by this code.

This ideology expresses itself, as I understand it, as essentially, “You do not have the right to exist for your own sake, but only for the sake of others.” The idea of sacrificing yourself to the “common good” inevitably means that the “good” of others takes precedent over your own good.

Force and seizure are the execution, no pun intended, of this ideology, yet Marxist intellectuals usually evade his violent rhetoric. In an interview with The Chicago Tribune from 1879, Marx expressed, “No great movement has ever been inaugurated without bloodshed.”

Marx isn’t the only one idolized. His ideological children get praise too. Senator Bernie Sanders, NFL player Colin Kaepernick and Canadian Prime Minister Justin Trudeau have commended Fidel Castro, the dictator of Cuba. The musician Jay-Z  fawns over Che Guevara, who served as  Castro’s chief executioner. Mao Zedong, history’s undefeated mass murderer, has followers that still quote his “Little Red Book.” Political theorist Vladimir Lenin is immortalized as a statue in Seattle, Washington. Russians still bow at the grave of Joseph Stalin,  the former dictator of the Soviet Union.. According to the American Enterprise Institute as well as studies by psychologist Jonathan Haidt, social science is the field to have the most Marxists.

On the surface, Marxism is filled with good intentions. Undoubtedly, this is one of the biggest reasons to why it appeals to many. But read between the lines, and you’ll see that good intentions alone don’t give ideas rationale.

I asked James Lindsay, a mathematician who co-wrote academic hoax papers that exposed the lunacy of Marxist-based studies, for his opinion on why Marxism is so appealing. He wrote to me, “Students tend to be genuinely naïve, and professors tend to believe it’s possible to educate themselves and everyone out of human nature, which they see as base, silly and unlikely to exist.”

Marxism is the antithesis of individual liberty—something which George Mason helped theorize. People should not be at the disposal of others and the state that they form. They should be left to pursue their individual self-interests, and not forced to be servants.

How to Breathe After “Leaving Neverland”