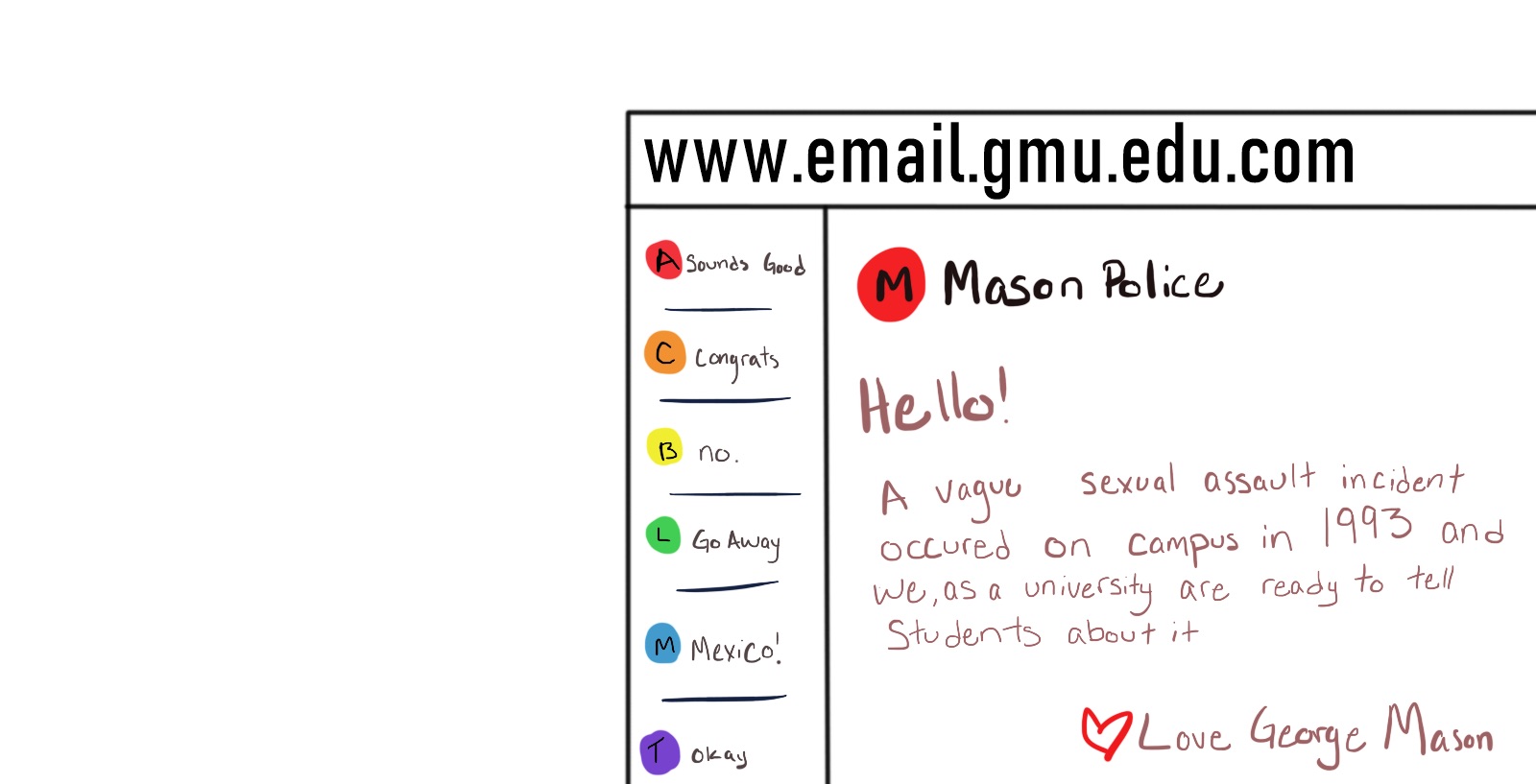 BY ABIGAIL ADCOX THE ASSISTANT

On Tuesday, March 26, students received an email from Mason PD alerting them to a suspect allegedly groping female students, which occurred in several residence halls on campus in 1993.

Since then, Mason students have expressed several complaints that Mason is “too transparent.”

Mason sophomore Ariadne Timms explained, “I just feel like we get too many alerts from the university. There’s so many that I’ve just turned them on mute. The school sends us an alert every time there’s a report of harassment, assault, theft, a car accident or a traffic stop. There was one time we got an alert about newspapers being stolen―I mean, super helpful and transparent, but I’m missing emails from my professors because of all the transparency.”

This event followed Mason being recently ranked in the top 10 safest schools in America, citing the number of lights on campus and the fast response rate of Mason PD.

Mason also ranks number 1 for most spirited schools in America, outranking schools like Virginia Tech, Clemson University and the University of Alabama. Visitors to the Fairfax campus often note that they cannot walk to the JC without a few students yelling “GO GREEN, GO GOLD” or reciting the beloved Patriots fight song.

One student, Jennifer Atkinson, recalled one of her many spirited experiences at Mason: “Every Friday, you have to wear green or gold. It’s practically a crime not to; I mean, not literally, but social suicide for sure,” she explained while tweeting the lyrics to Mason’s fight song line by line.

Atkinson looked up from her phone 20 minutes later to continue, “Most Fridays, you’ll see students decked out in green and gold from head to toe. If you aren’t wearing our colors, then spirit monitors will issue a spirit violation, which can have severe consequences if they pile up.”