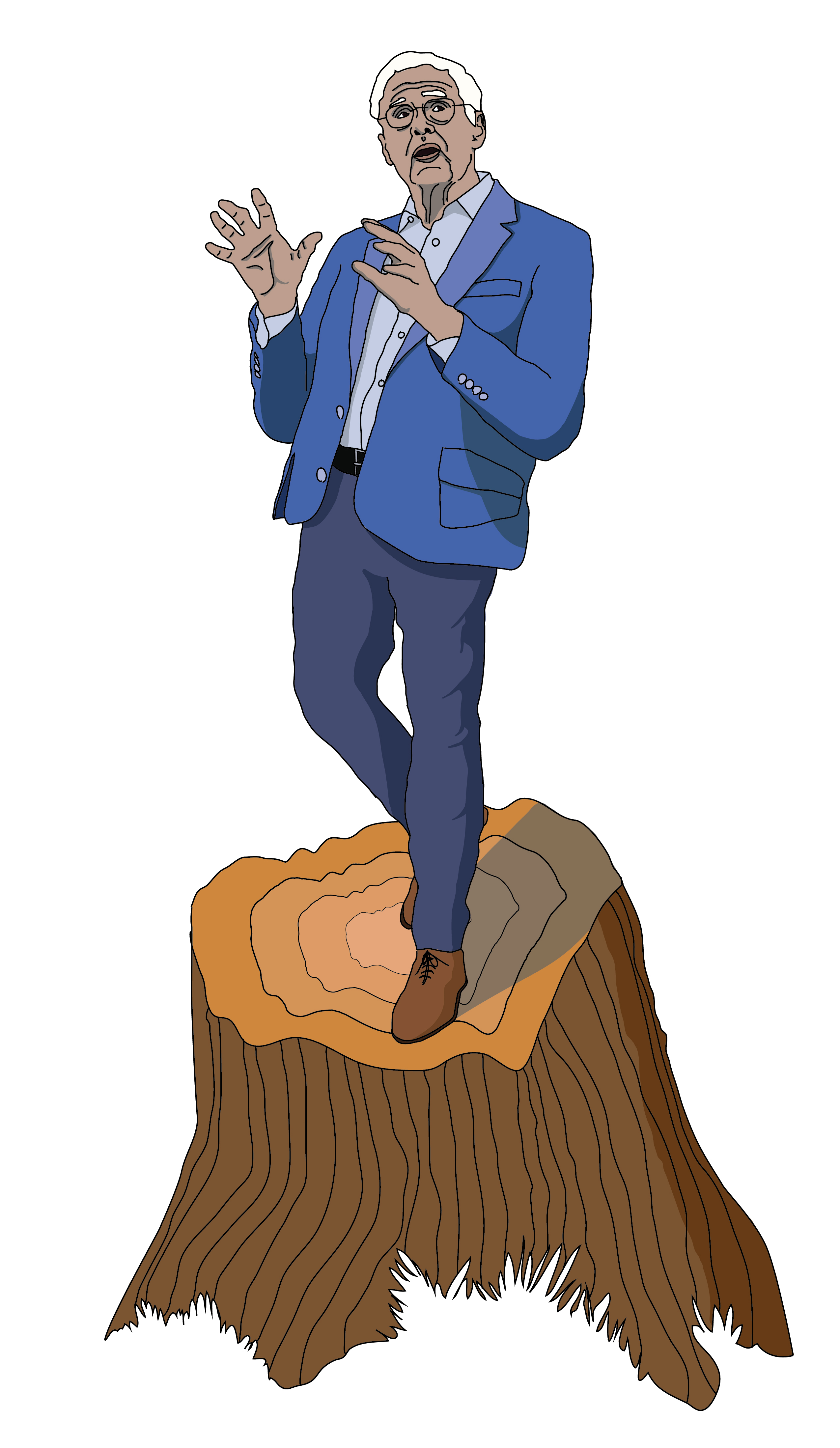 Shortly after returning from spring break, Mason students were outraged to notice the trees surrounding one entrance to the Johnson Center (JC) had been cut down.

“It’s just insane to me,” wrote Sean Sampson, a graduate student at Mason. “Because of all the construction, we hardly get to see any nature around campus anymore. Now all we’re left with are a couple stumps here and there. Does the university have a plan to replace the trees?”

In an email to students early in the morning on Wednesday, March 26, the Office of the President explained the university’s plans.

The email read, “Here at Mason, we like to pay tribute to those who make our vision of innovation and excellence possible, which is why we are happy to announce that the university will be erecting statues of Charles Koch in the place of all trees on campus.”

The email went on to explain that the statues will be erected near the JC, on top of the remaining stumps.

Mason spokesperson Satchel Priit reached out to Faux Estate for comment, explaining, “We are in the early stages of this project. Core Campus has been instructed to halt all construction in an effort to make this a top priority.”

Priit also broke down the finances of the project: “To afford this gesture of gratitude to our donor Daddy Chuck, we will be defunding the journalism concentration until further notice.”

This announcement comes amid rumors of Mason’s janitorial staff seeing Koch scavenging in Mason’s air ducts for food and other scraps.

The statue project is expected to begin in June 2019 and will last until September 2029.