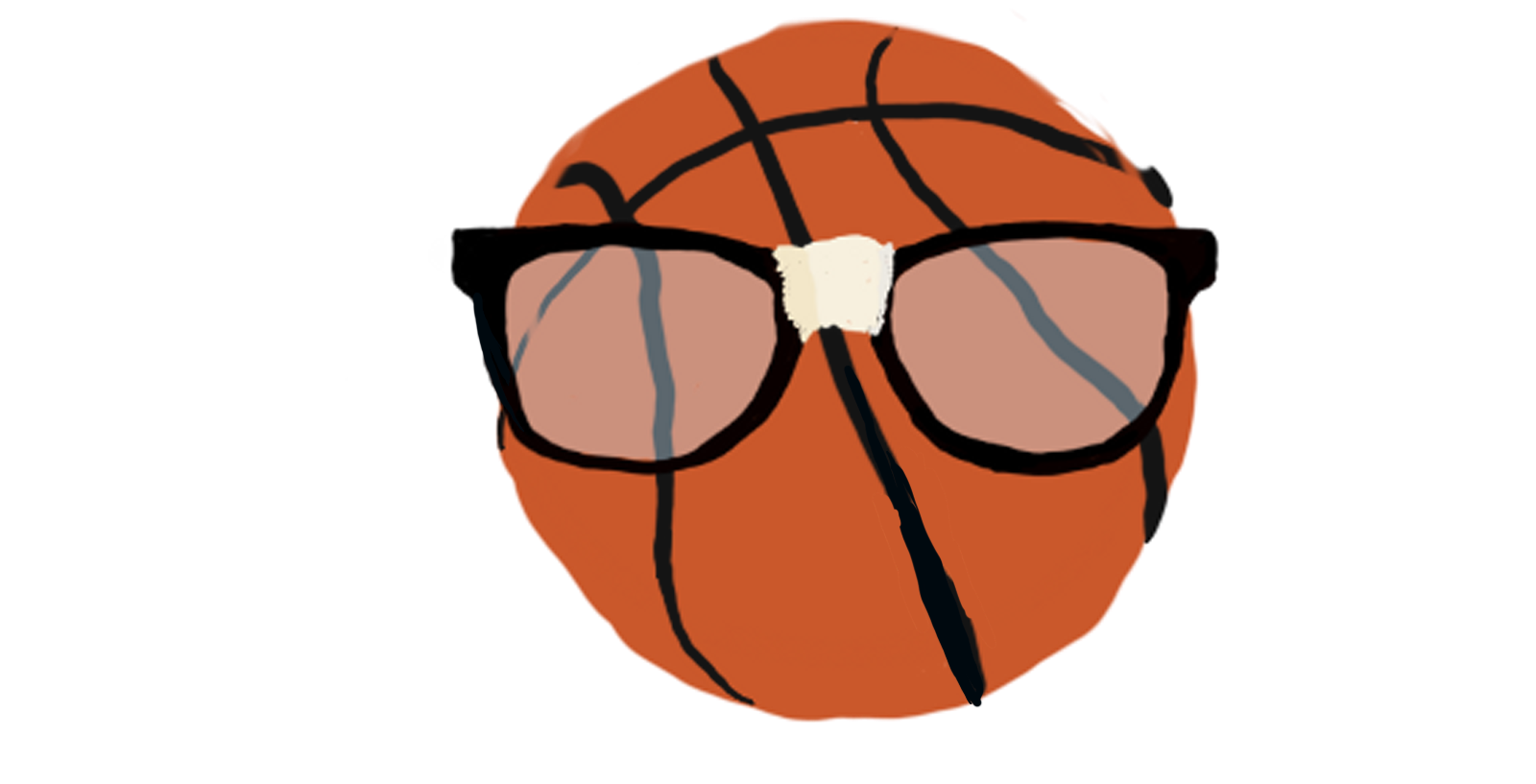 Sports editors beat Mason basketball in a game of HORSE, sending Athletics into a frenzy

On Friday, March 29, the sports editors of Faux Estate challenged the Men’s and Women’s Basketball teams to a game of HORSE. However, it did not end the way most would expect.

When they met at EagleBank Arena for the matchup, no one thought that the editors stood a chance against some of Mason basketball’s best: Nicole Cardaño-Hillary, Jacy Bolton, Otis Livingston II and Jordan Miller.

It started as one would expect, with the student-athletes converting on 90 percent of their shots and the editors only shooting 50 percent from the field.

The match then took a turn for the worse. After Mason basketball led through “H,” “O” and “R,” the editors started to make a comeback. Cardaño-Hillary missed a three-point shot, allowing Assistant Sports Editor Domenic Allegra to take advantage and convert from behind the arc, bringing the score within one.

Sports Editor Natalie Heavren made a reverse layup, forcing Livingston II to replicate the shot. After he threw it up, the ball rolled off the rim, tying the score at “HOR.”

Allegra went with a half-court shot to push Miller to shoot the long ball, but he failed to convert on the shot. Miller then went for the dunk, to which the 5

With one letter left to give for the editors, at “HORS,” Heavren stepped up to the plate, draining a fade-away mid-range jump shot. Bolton attempted to replicate the shot but bricked it off the rim to tie the score again.

Allegra had the chance to close out the game. Matched up against Livingston II, he went for the glory and attempted a behind-the-backboard shot on the baseline; he converted.

With his back against the wall, Livingston II had one chance to keep Mason basketball’s chances alive; he ended up missing the shot, only hitting the rim.

As a result, the editors of Faux Estate defeated Mason basketball by a score of “HORS” to “HORSE.”

When Mason Athletics heard of this upset, they were confused as to how to explain the situation after the event picked up steam from being mentioned on the Atlantic 10 Conference Twitter page.

This social media push showed that sports editors are athletes, too, not just the athletes that participate in these A-10 programs.

Since the “HORSE” game, Mason Athletics has not posted on any form of social media and has turned down all media requests.

Faux Estate reached out again for comment on the “HORSE” game but has not received any response.

Editor’s note: This is a developing story. It will be updated as more information becomes available or when we actually care to tell you that this is a fake story. If you think that a couple of sports editors could actually stand a chance against D-I athletes, then you are very much mistaken.