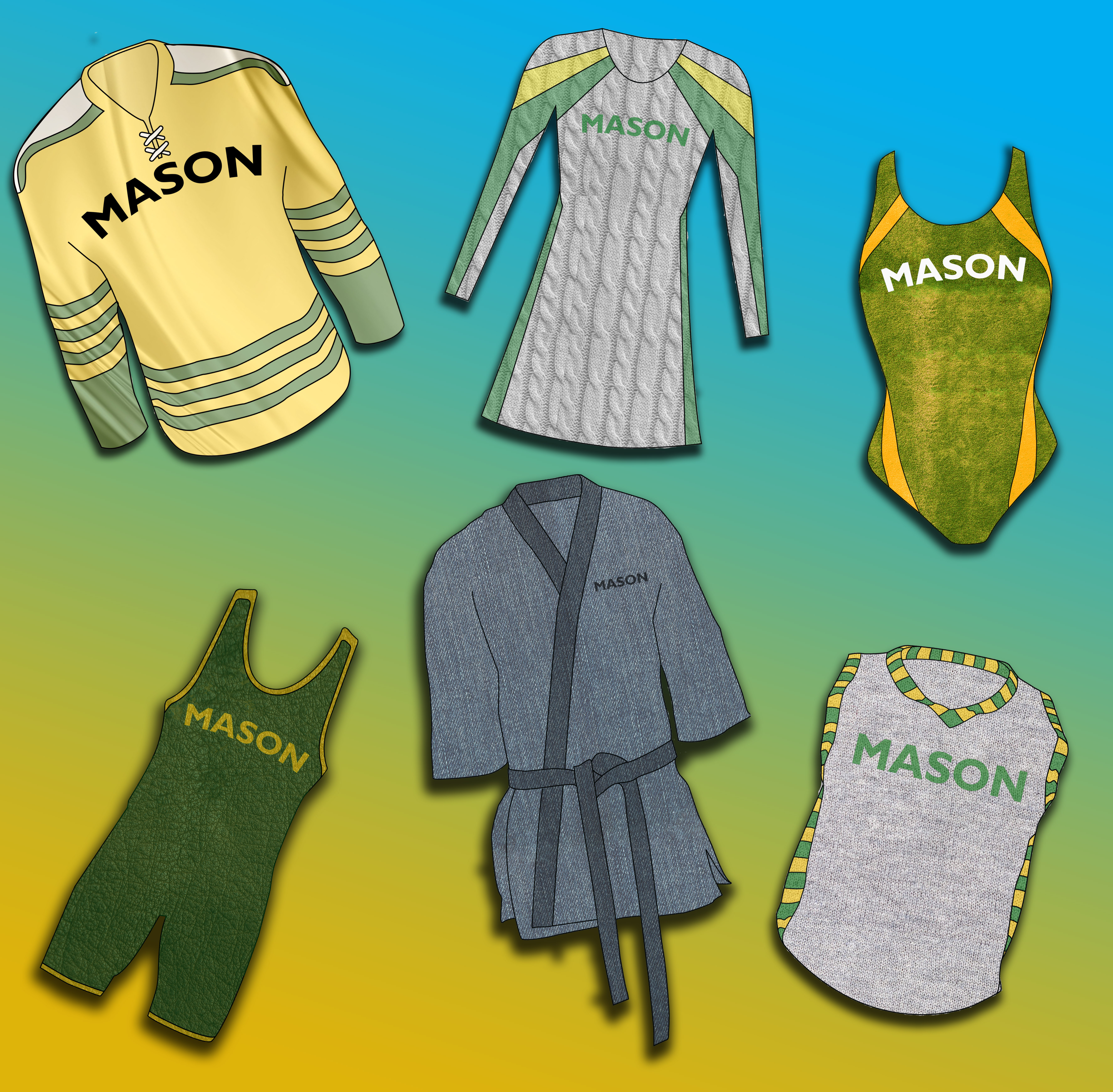 The biggest concern in sports today is which fabric jerseys are made out of, obviously. The polyester basketball jerseys are soooo three years ago. Also two years ago. And last year and this year, as well. Basically, the sports uniform industry is in shambles, and this article is here to solve this everlasting debate.

The queen of textiles, her majesty’s silk, will improve literally anything. A silk dress automatically sounds more professional than a polyester dress.

Silk would be the perfect uniform material for ice hockey players. These players are constantly skating into each other and will inevitably get many bruises and cuts. Silk will feel soft against the skin and cradle players’ bruises in a soft swaddle that will surely enhance the playing experience.

Each player will also be comforted in the knowledge that thousands of silkworms worked hard to create a simple pound of cloth for their uniforms. Not only humans work hard for sports; the blood, sweat and tears of silkworms also play into the game. It’s like the silkworms are playing a game of hockey before the players even get fitted into their uniform.

Plus, silk is hypoallergenic, so silk threads are a much better alternative to cat hair, which some fanatics advocate for. This would better include the majority of hockey players, as anyone allergic to cats could not wear that uniform. And what better way to get out your frustration for not being able to pet a cat than to play a good ol’ game of ice hockey.

So, like, velvet is in again. Anything considered ’80s fashion is hip and cool. Velvet, in particular, is luxurious.

All swimmers’ bathing suits should be made out of velvet. The small fibers on the material will act as an extra challenge to create drag and slow the swimmer down. This will make the sport harder and more interesting, which equals greater entertainment. It’s simple math.

Velvet is a tad difficult to clean, but any time the swimmer jumps in a pool, the velvet will be sanitized by the chlorine in the pool water. This would make the bathing suits self-cleaning.

Following the ’80s trend, denim should clothe all martial artists. Think of an old cheesy martial arts fighter, roaming the streets looking for a fight. These fighters should be clad in denim jackets and ripped denim jeans.

Denim is a sturdy, durable fabric that will withstand punches, kicks and potentially knife stabs and bullets. The only drawback is that the dye from the fabric may rub off. But hey, turning slightly blue during a fight will only add to the alluring mystique of the fighters.

Denim takes a bit to break in, just like a good pair of boots. But it is a known fact martial artists and ninjas never take off their uniforms. It would be very embarrassing if someone needed to be assassinated at 2 a.m., and the martial artist needed to waste precious time changing into their uniform. Due to the nature of their profession, the fabric will be broken-in in record time.

Obviously, only people who can do a full split while in stiff jeans are good enough for a black-belt status.

Wrestling is considered a really masculine sport, correct? But in their tight spandex outfits, no one can take the wrestlers seriously! This is the biggest point of contention in the sports world: how to make wrestling outfits attractive and practical.

Leather suits. This will make the sport more masculine; also, a man wearing leather automatically gains plus 12 attractive points, right? It’s the association of leather with a “bad boy.” Secretly every woman and most men want to root for the bad boy, the rebel, and live out some deep unconscious fantasy.

Plus, sweating in leather? That body-odor stench will be so strong, people will not be able to get away from the smell of man. Or rather, the scent of a strong, handsome man.

Wool is clearly the optimal clothing choice for cheerleaders. It has excellent water resistance when the natural lanolin is kept in the wool. Then, not only is the wool water-resistant, it also has water-wicking properties. Perfect to keep up the illusion that women never sweat; they glimmer.

And wool is flammable, so now not only can cheerleaders defy gravity with their flips and tricks in the air, they can do it while on fire.

If nothing else is taken from this article, the fact that cashmere should be used to make basketball uniforms should be taken into account. Petitions to change all of Mason’s basketball jerseys to cashmere need to be passed around campus ASAP.

Disregard that cashmere is not the strongest of fabrics; this will deter any rowdy or extra-passionate basketball player from throwing punches at another player or an annoying fan.

The school already spends so much money on shoes, gear and uniforms for the players, all unnecessary. Players only have two feet. Why would they need more than two shoes? Mason should stop buying shoes for players and start upgrading their uniforms for the future. And that future is cashmere.

As Mason’s athletic season comes to a close in these next few weeks, join Fourth Estate in the push to change Mason Athletics uniforms to a more luxurious style and have Mason be the most chic out of all the NCAA athletic programs.