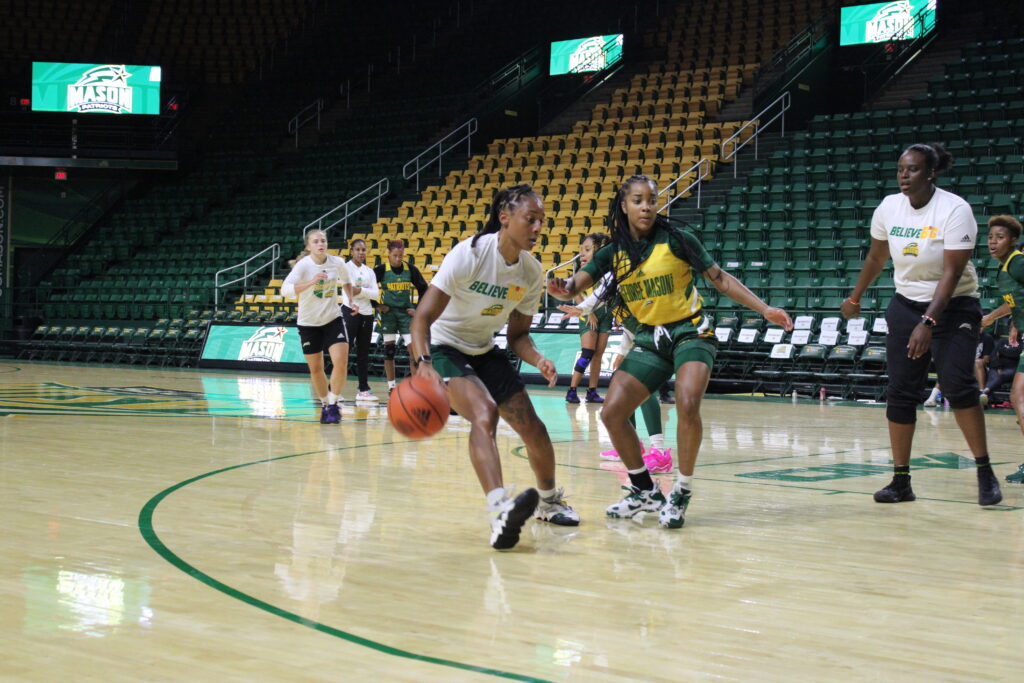 Mason women’s basketball is upon us. The Patriots are hoping to contribute this season on both ends offensively and defensively. Senior Sonia Smith has many goals for leading the team to a victorious season this year.

“I’m looking to contribute all around as well,” Smith said. “I also want to bring another point guard presence to the team, so I’m just looking to lead the team that way on the court”.

Smith is thrilled to be an official athlete of the A-10 conference. She emphasized how the teams in this conference would deliver more competition as she enters her senior season. Prior to Mason, Smith played for Sacred Heart University where she was selected Third Team All-NEC for the 2021-2022 season. She went from averaging 7.6 points per game to 13 points per game and played four games where she scored over 20 points.

“I feel like this conference is very good,” Smith said. “I’m also excited to help George Mason climb the ranks because they have really done better this year. So it’s just gonna go up from here”.

Smith is also excited about the upcoming games outside of the A-10 conference. When it comes game time, the Patriots plan to give spectators a different opinion about them.

According to senior Trey Kennedy, oftentimes people are going to think that teams in more competitive conferences are bound to beat Mason, yet the Patriots refuse to let their fans believe that.

This team expressed that they are looking to be part of the building era to make history for this franchise. Junior Taylor Jameson has expressed how she hopes to bring a leadership presence to the team as the starting point guard. She explained how she wants to mentor her younger teammates mentally and physically because being a student-athlete comes with many challenges.

“I hope to just lead everyone in the aspect of hard work, work ethic, just making sure to help everyone on and off the court in things they need,” Jameson explained. “Running plays or even just being there for the younger [players] off the court mentally because basketball is a mental sport. I look forward to leading on and off the court this year and taking over”.

The Patriots will play in Mason Madness on Oct. 14 at EagleBank Arena.

MASON NAMED “BEST OF THE BEST” FOR LGBTQ+ STUDENTS