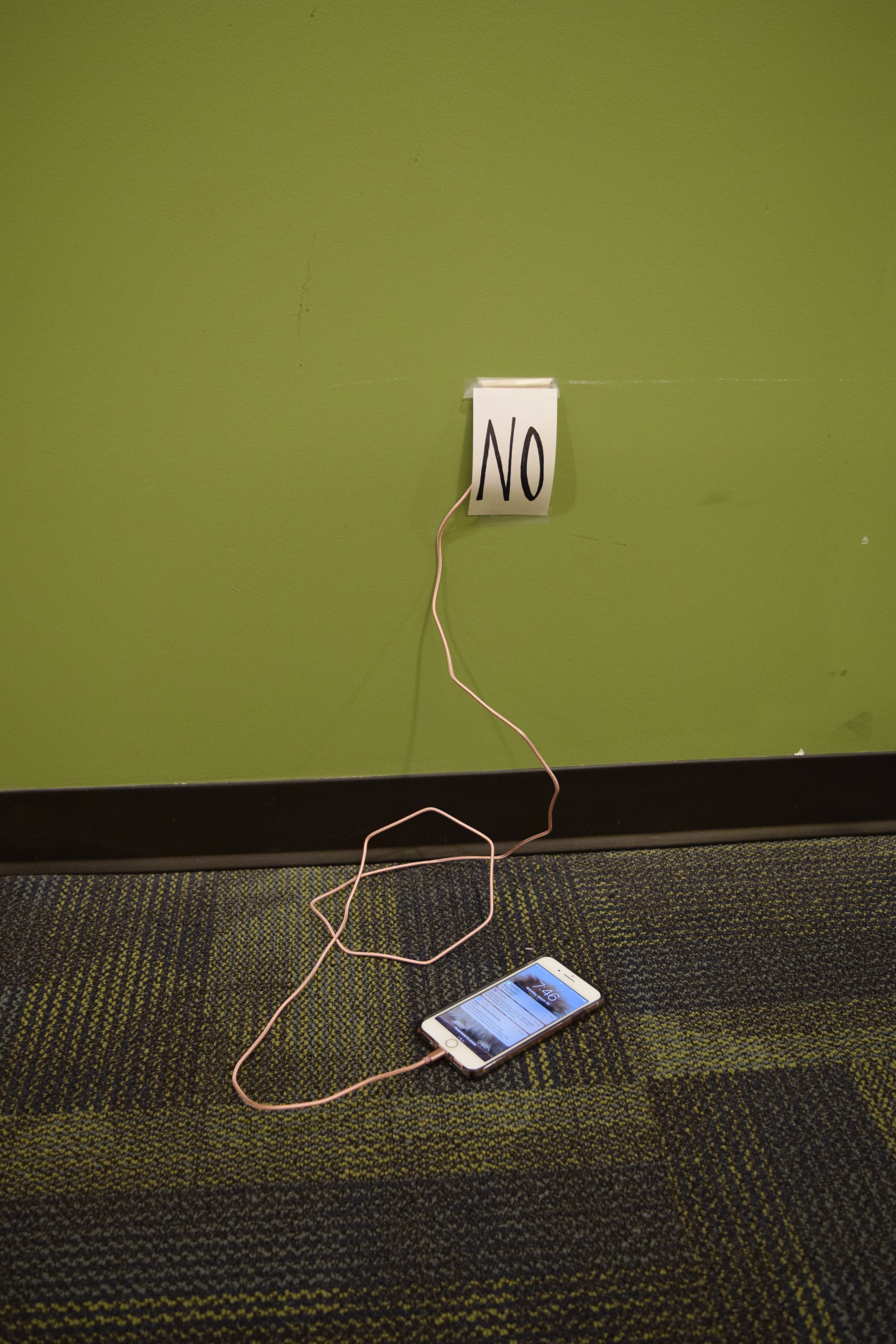 On the morning of March 25, 2019, students entered classrooms across Mason to discover that all charging outlets had been removed from buildings, having been either plastered over or torn out over the weekend.

The project was carried out by elite militaristic construction squads allegedly rented out to Mason by Northrop Grumman, a local mom-and-pop military contractor specializing in aerospace tech.

“It was really something to witness,” said Riley Williams, a double major in computer science and criminology. “I’m actually looking to intern with them in the future, so it was kind-of intimidating to watch them work so efficiently. It took them about―I’d say―15 minutes to go through all of Exploratory Hall. It was all very tactical.”

Not everyone was satisfied with the tactical efficiency of this new undertaking. Several students responded to Fourth Estate simply with “this is horseshit” while they ran from room to room frantically searching for charging ports.

“I cannot believe the school’s administration OK’d this,” said Margarita VanDerMast, a junior who spoke to us while using an old-timey USB attachment to crank up her laptop.

“Like, to be fair, this isn’t the most inexplicably bone-headed thing they’ve done, but it’s easily a top-10,” she said, right before the crank kicked back, hitting our intrepid reporter in the face and knocking them out for a solid 10 minutes.

The administration was unavailable for the day, with high-ranking members barricading themselves in the top floors of Merten Hall.

President Cabrera did not respond when asked for comment. Instead, he chose to solely communicate through Twitter, posting tweets such as, “here at Mason, we strive for access and affordability. As such, we have decided to cut electricity costs in an effort to make this school more affordable for all students.”

When pressed for further comment, Cabrera instead tweeted a link to a study about overwhelming student debt, writing, “wow, this just shows how much students care about higher education. we’re really doing a wonderful job!”

The day ended unexpectedly when, at 2 a.m., Cabrera tweeted, “@JeffBezos hey wyd rn.” The tweet was taken down a few hours later.

When confronted by students Thursday at Einstein Bros. Bagels as he left a now-food-bereft Merten to seek sustenance, Cabrera spoke to the crowd: “Listen, here we provide access to innovation and a more excellent society. Prosperity is tradition.”

When prompted for further comment, Cabrera took a Patriot-branded portable charger out of his pocket and lobbed it into the mob, calling out, “Fend for yourselves, bastards!” as he made his hasty retreat.

Mason PD has shifted their efforts to focus on outlets on campus.

“Look, it’s been fun, but Clery Act reporting is just so early 2000s―you know, very “The Wire,” invasion-of-Iraq-type stuff,” said a source inside the department. “The new move for law enforcement is identifying and taking out these outlets with extreme prejudice.”

Since Monday, Mason PD has tactically carried out several operations into the nooks and crannies of campus that the contractors missed, including lobbing a hand grenade into the tunnel under Krug Hall.

Editor’s Note: This is a developing story; more information will be updated as it comes out.