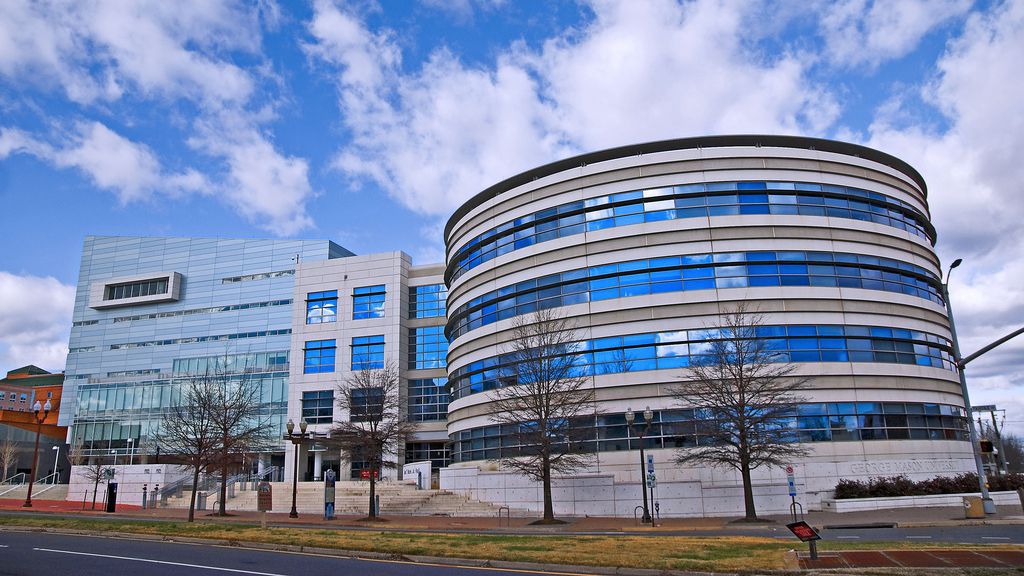 The Mercatus Center has been embroiled in a legal battle against the remaining members of the Dead Kennedys, whose lawyers claim a paper recently published by Mercatus in conjunction with Mason’s own Economics department lifts heavily from “Kill the Poor,” a song off their album “Fresh Fruit For Rotting Vegetables”.

The paper in question describes ways to revitalize Northern Virginia  in preparation for the arrival of Amazon HQ2. In particular, it deals with policy proposals to curb the looming housing and traffic crisis that many experts fear would affect the area in the wake of HQ2’s construction, citing a similar crisis that occurred in Seattle over the past decade.

Certain experts also cited other social effects of Amazon’s presence in Seattle, with one woman telling Faux Estate it has become “really boring” and that “everything tastes, smells, looks and is priced like a crappy microbrewed IPA.”

Mercatus, having also done their due diligence in researching the issue of overcrowding and gentrification, came to the conclusion that the best way to cancel out its effects would be to drop a neutron bomb, which wipes out any biological life in an area but does relatively little structural damage, onto some of what they described as the “less economically stimulating” areas of Northern Virginia, including concentrations of existing off-campus and grad-student housing.

The Dead Kennedys take issue with the proposal’s abstract, which carries with it lines that seem to be directly lifted from their song “Kill the Poor.”

Contested points in the abstract include Section II, Point 9.A: “Efficiency and progress is ours once more / now that we have the neutron bomb / It’s nice and quick and clean and gets things done … / Unsightly slums gone up in flashing light / Jobless millions whisked away, the sun beams down on a brand-new day”

When asked about the accusations of plagiarism, Tyler Cowen, general director of the Mercatus Center, responded, “We honestly had absolutely no idea that we had so much in common with this band, which none of us had heard of until today.”

Cowen continued, “I know it looks bad, but honestly, the only post-19th-century music anyone at Mercatus listens to is the soundtrack to the film adaptation of ‘Atlas Shrugged.’ We just thought it was a good, common-sense economic proposal anyone in their right mind could get behind: We get rid of a lot of economic deadweight but don’t do much damage to private property. Simple. Bold. Inspired.”

When asked about the decision to write the proposal in rhyming verse rather than prose, Cowen stated, “Well, wouldn’t you do that? I know you leftists hate all high art save for brutalism, but some of us still have a creative soul.”

Cowen continued, “I’m not worried about a lawsuit. Actually, I’ve been meaning to look into the writer of this song, a Mr. Jello Biafra, to see if he would like to become a fellow at Mercatus. He sounds very ahead of his time.”

When asked for comment, Biafra simply responded to Faux Estate, “I don’t talk to nerds.” It was unclear whether by “nerds” Biafra was referring to Mercatus Center or reporters at Faux Estate.

Editor’s Note: This is a developing story; more details will be added as they become available.