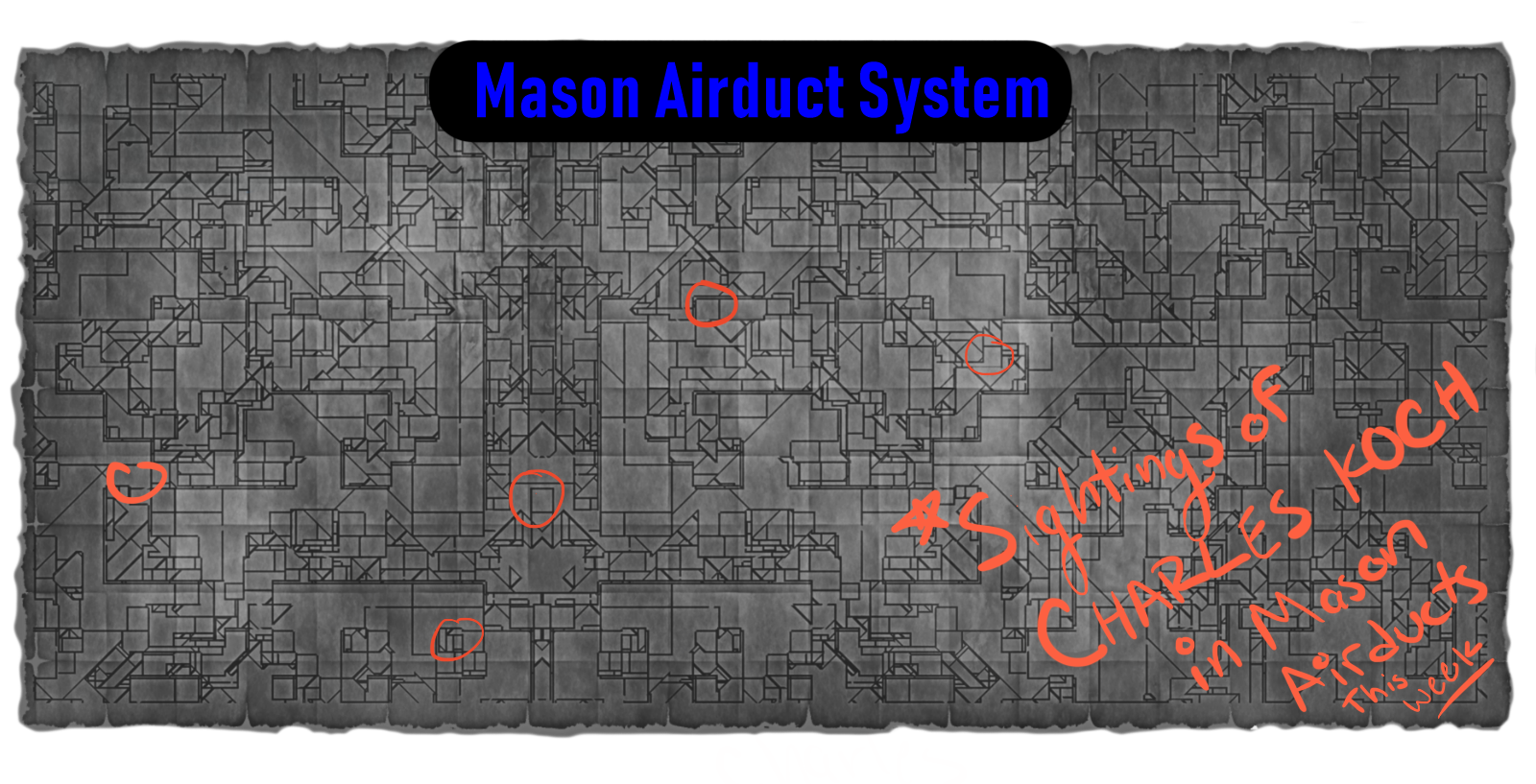 Billionaire oil mogul and patron of Mason Charles Koch, 83, was reportedly seen Friday, March 29, in the air ducts of the Johnson Center, allegedly searching for pieces of food and other scraps.

Koch, who effectively purchased the school over the last two decades with his generous donations, apparently told university janitorial staff that he was looking for “trinkets, baubles, forgotten things … and something to eat for lunch.”

Michael Eberhart of the janitorial staff said, “I was just replacing an air filter, and I saw something red gleam in the dark, down there in that shaft. Turns out it was his eyes. He was just down there picking up any random old thing he could find. Real friendly guy, though, just seemed happy to be a part of the school community.”

When contacted for comment as to who may have let Koch into the air ducts, the Mason administration said, “We support an individual’s right to freedom of expression. Also, Daddy Chuck is welcome to scavenge anywhere he damn well pleases.”

Koch, known for his massive business empire and widespread humanitarian and charity work, has donated millions of dollars to Mason’s law school and Economics department over the last two decades.

Koch did not respond to requests for comment. Eberhart added, however, that when asked why he was in the air duct, Koch only said, “It’s the free market, baby.”