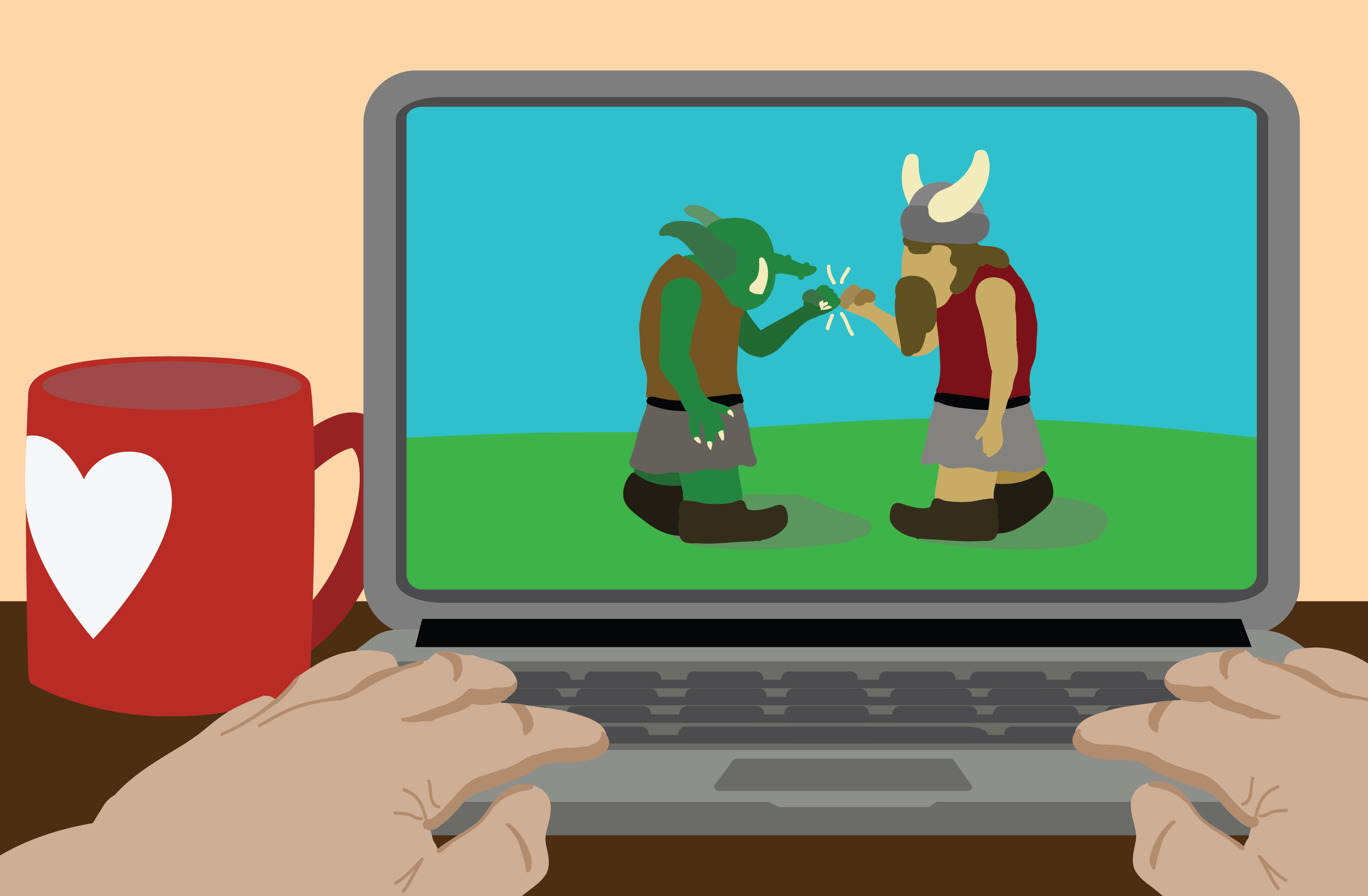 A table-top role-playing game (TTRPG) is a genre of game where players describe and enact the actions of their characters aloud while exploring a fantasy world as described by a game or dungeon master. Similar to a board game, people traditionally sit around a table with game materials and directly engage with each other.

Essentially, it is playing “make believe” with a group of friends. Before you write it off as silly or not worth your time, there are three main reasons why you and your friends should attempt playing a TTRPG. It can relieve stress, improve certain skills and bring players closer together.

Any activity that allows you to separate yourself from your current problems can be considered relaxing. Since childhood, we’ve been using forms of play to both bring resolution to our feelings and to gain emotional mastery. Although the specific effects of role-play on emotion have not yet been documented, the correlation between playing any well-liked game and a positive mood has been suggested by a number of studies.

Additionally, role-play has been used as a means to strengthen soft skills such as empathy, creative thinking and problem solving. You may be a college student in Northern Virginia, but your character doesn’t have to be. By putting themselves in the shoes of a fictional character, the player has free reign to explore the limits of their empathy and see things from a different point of view.

In a similar way, each challenge the players face presents a new problem to solve, whether it be how to figure out who can be trusted or how best to sneak into a wizard’s magical tower. Players will have to learn and adapt quickly in order to succeed, a lesson that can then be carried into real life problems.

Lastly, and arguably, the most important benefit of playing a TTRPG is the space that it provides for generating lasting memories with friends through direct, face-to-face interaction. Gary Gygax, co-creator of the TTRPG Dungeons & Dragons, said it best, “The essence of a role-playing game is that it is a group, cooperative experience.” A player doesn’t defeat the dragon and save the town by themselves. You are tasked with working together and experiencing a collective adventure, all from the comfort of an intimately familiar setting.

It is worth noting, however, that despite its name, not all TTRPG campaigns are played in person around a table. Today, there are websites, such as Roll20, that are designed to bring the atmosphere of playing a TTRPG to players who are unable to meet offline. While some of the intimacy may be lost to the digital platform, the memories and collaboration shared among friends remains an integral part of the TTRPG experience.

Personally, I have grown so much since participating in my first campaign three years ago. I had first heard of Dungeons & Dragons through the web series, Critical Role, where a group of voice actors turn a campaign among friends into a riveting experience for viewers. Almost immediately, I was captivated. I brought the idea to my friends, and we’ve been playing ever since.

In the end, it is up to you and your friends to decide whether you want to try a TTRPG. I’m not saying that everyone will have the same experience as I have. My opinion is not that everyone has to fall madly in love with TTRPGs, but rather that everyone should have the experience of stepping out of their comfort zone to see life through the eyes of another in the fantastical environments provided by many TTRPG campaigns.