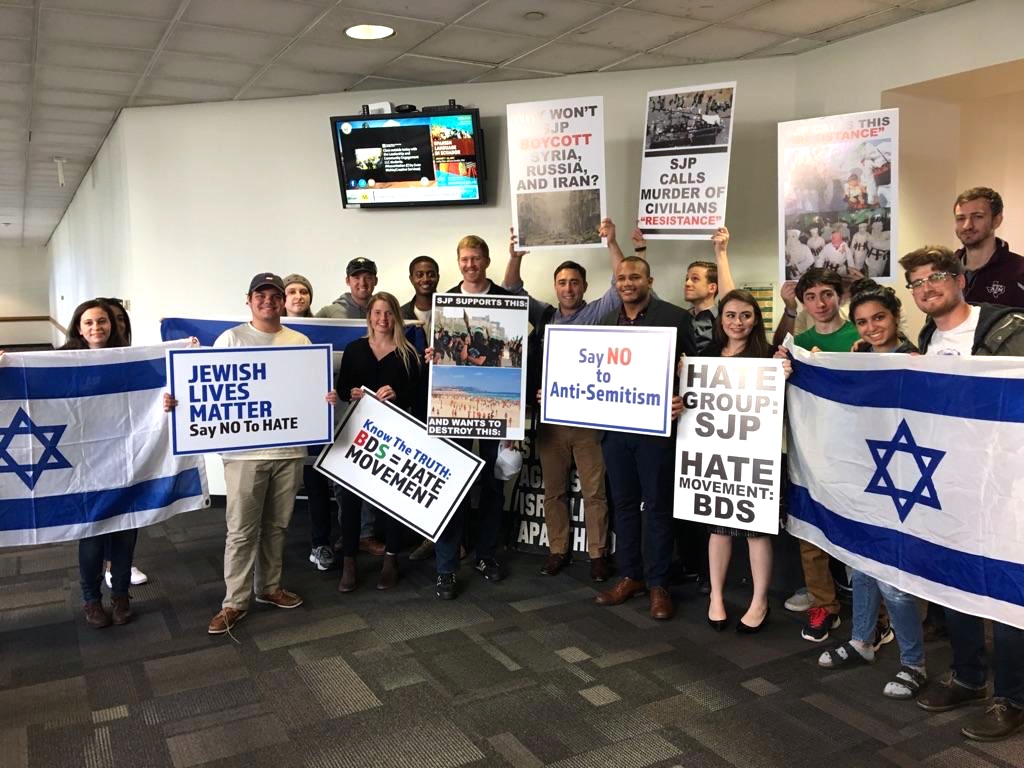 The Christians United for Israel (CUFI) at GMU held a panel discussion in the Johnson Center Gold Room Saturday, Nov 5. The moderator at the talk was Jessica Marzucco, national director of CUFI on campus, with speakers Izzy Ezagui, Jonathan Schanzer and Noah Pollak participating.

The purpose of this panel was to explain, discuss and inform those in attendance about some of the intricacies of the Palestinian-Israeli conflict, a conflict that dates back to the inception of Israel in 1948 following a United Nations mandate. Specific topics would include the work of Israel’s military and the boycott, divestment and sanctions movement, a movement with a large backing from Palestine that seeks to deter groups from doing business with Israel.

The first speaker was Izzy Ezagui, a decorated veteran of the Israel Defense Forces (IDF). Ezagui’s talk was on a more personal level. He spoke about his personal experiences, beginning with his family’s change to becoming practicing Jews at the age of eight. He said that at age 13 he and his family narrowly missed a terrorist attack that killed 130 people when they visited Israel for his Bar Mitzvah.

At 18, Ezagui again traveled to Israel, this time with the Birthright Israel group. Birthright Israel is a nonprofit educational group that sponsors free 10 day heritage trips to Israel for young Jewish adults. It was during this trip that Ezagui met an IDF Special Forces soldier his age, and following many conversations, Ezagui decided to enlist. At 19 he began his service, and following nine and a half months of training he was ready to serve.

In 2008, Ezagui was sent to protect the Gaza border, and after two and a half weeks his group received orders to prepare to cross the border. Ezagui, though, would not make the trip: while he was still in camp a mortar round, a small artillery shell used to damage enemy positions or injure and kill enemy combatants, exploded within feet of him, resulting in the loss of his left arm. This did not stop Ezagui though, as he continued to serve with IDF as a combat commander and today serves with the Special Forces Reserves.

The next speakers, Schanzer, vice president for research at the Foundation for Defense of Democracies, and Pollak, executive director of the Emergency Committee for Israel, both discussed the economic and social side of the disagreements between Israel and Palestine. Schanzer cited that the Boycott, Divestment and Sanctions movement, is nothing more than economic warfare at its most basic level, while Pollak compared the movement to a hate group.

Schanzer also noted that the movement is not only discriminatory, but also has many alarming connections to Hamas, a Palestinian terrorist group. Pollak, however, went even further, stating that Students for Justice in Palestine, a registered student organization at Mason, also has ties to Hamas. Pollak added that the Students for Justice in Palestine is fronting as a group that is sympathetic to social justice but in fact has radical Islamists working behind the scenes.

As it happens, Students for Justice in Palestine was hosting a conference at Mason from Nov. 4 to 6 and, following the conclusion of the panel discussion, many gathered in the lobby outside. Pollak told the group that he would be protesting the conference and explained how the protest would work. A legal expert on the First Amendment and civil rights also explained to the group what could and could not be said, as well as what actions could be taken during the protest.

Marching orders in hand, the group boarded an elevator and on the journey to the third floor of the Johnson Center, the elevator stopped in between floors. Following a 20 minute wait, the group was rescued by Fairfax County firefighters, thanks in large part to Mason Police Officer Ed Gannon who was with the group at the time.

Undeterred by this setback, Pollak reassembled his forces and, signs held high, they assembled outside the conference area. Over the course of an hour, the anti-Students for Justice in Palestine group engaged in some taunting, with little response from the group other than the turning of backs and the playing of music to drown out the protests.

When asked about his take of the protests, Pollak said, “It’s about time that we’ve come to the SJP’s back yard, and it feels good to speak the truth about SJP. It’s time they saw that they’re free ride is over.”

At the time of this writing, SJP was unavailable for comment.