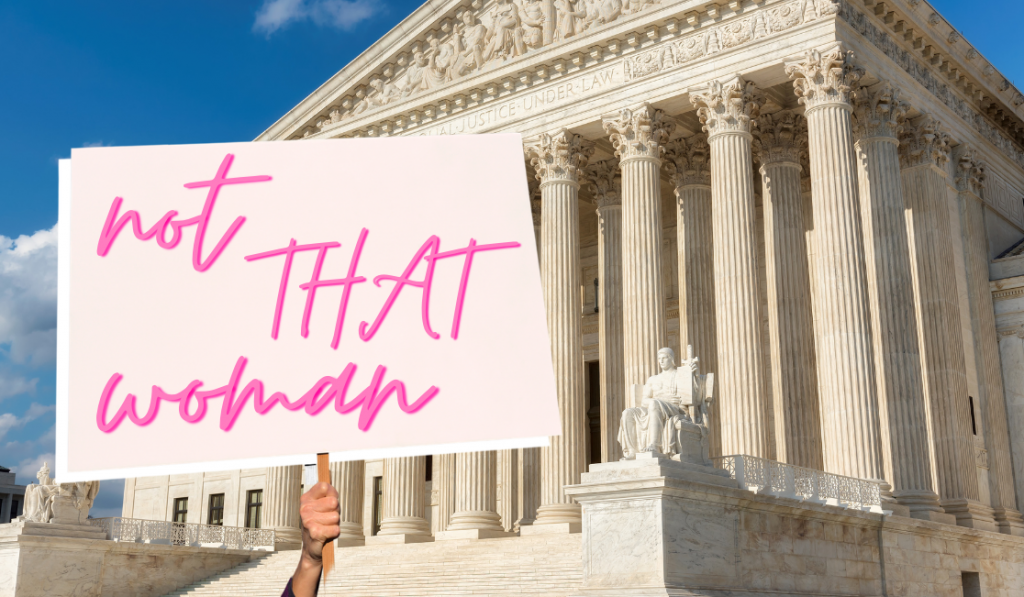 After Ruth Bader Ginsburg’s death, tributes immediately poured forth. The Washington Post front page described her as a “pioneer devoted to equality,” and nearly every other newspaper printed a variation on that theme.

These tributes were all richly deserved for Ginsburg, who overcame great obstacles and excelled as a lawyer at a time when the profession was dominated by men. According to the Census Bureau, the female to male ratio for lawyers in 1960 was about 1 to 25. Now, it’s about 1 to 3.

You better believe Ginsburg’s appointment to the Supreme Court played a role in that swing. We naturally look up to people in power, and Ginsburg’s perch atop the American legal system inspired women to enter the legal profession. The webpages of RBG memorabilia speak for themselves: The woman was an icon.

Now President Trump has nominated a woman to replace her. Amy Coney Barrett, a federal judge for the Seventh Circuit Court of Appeals, was at the White House on Saturday to accept the president’s nomination to the Supreme Court. In her speech, she said that Ginsburg “not only broke glass ceilings, she smashed them.”

Indeed she did, and Barrett has followed in Ginsburg’s path. Barrett has risen through the ranks of the legal profession at a startling pace. She graduated first in her class at Notre Dame Law School, clerked on both the D.C. Circuit Court of Appeals and the Supreme Court, worked at a prestigious law firm, taught law at Notre Dame and is a federal judge. She has a lifetime’s worth of accomplishments, yet she’s only 48.

Despite all this, the left is unhappy with Barrett’s potential elevation to the Supreme Court. And it makes perfect sense why: Barrett is conservative. As a judge, she often rules in ways that upset left-wing causes. Lump in the circumstances of her confirmation, and the fact that her confirmation would give the Supreme Court a 6-3 conservative majority, and you’ll see why the left is upset.

Again, they should be upset. But note why. It’s not because of who Barrett is — it’s because of what she believes.

Before announcing his selection of Barrett, President Trump announced that he would only consider women for the position. This is the sort of thing the left would applaud if anyone other than Trump were doing it. Trump is preserving the existing gender balance on the Supreme Court. And, difficult as it may be to believe given his rhetoric, there have been many identity firsts surrounding Trump.

Trump will never be praised for any of those appointments, and he doesn’t deserve to be. This is the guy who criticized a court decision against him by calling the Indiana-born judge in the case “Mexican.” We should judge public figures by what they say, do and believe, not by their identities or the identities of the people they appoint.

The left has relearned that principle because of Barrett’s nomination. It doesn’t matter that she’s an incredibly accomplished woman in a field where two out of three people are men. She’s a conservative, and that’s that.

Which brings me back to Ginsburg. I believe Ginsburg’s judicial philosophy did lasting damage to our constitutional order. I believe the Supreme Court will be better off with Barrett replacing her. And I also believe everything I said about Ginsburg at the beginning of this piece. When we refuse to put on the blinders of identity politics, two things can be true at the same time.

When you break a glass ceiling, you don’t get to be picky about who rises through it. If you cheered and applauded Ginsburg for breaking glass ceilings in the legal profession, you need to cheer and applaud Barrett for doing the same. If you can’t do that, you need to ask yourself what you really liked about Ginsburg.

If what you really liked was her left-wing judicial philosophy, there’s nothing wrong with that. Just be clear-eyed about what you’re doing by opposing Barrett: You’re opposing a female nominee to the Supreme Court. Obviously, that doesn’t make you prejudiced — it means you’re putting her identity aside and judging her based on other criteria.

Just remember this moment the next time you’re tempted to call conservatives prejudiced for opposing a woman or minority who holds left-wing views.