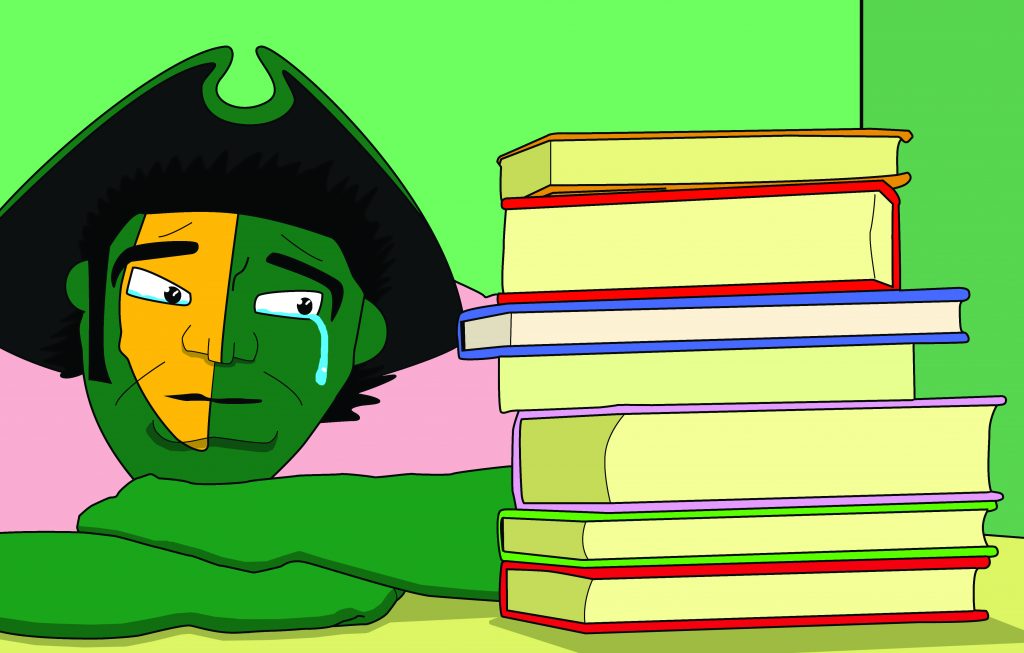 Before I came here to Mason for my Ph.D., I went to Pepperdine, an undergraduate college 3,000 miles away in California that was the opposite of Mason in many ways.

Mason has over 26,000 undergraduates. Pepperdine had fewer than 4,000. Mason partners with local colleges and has many transfer students. Pepperdine’s transfer population is only about five percent.

Despite all this, I could feel a sense of commonality between Mason and Pepperdine because of the core general education curriculum requirements. Graduates of both schools have a shared foundation of knowledge, and that’s vital to a proper university education no matter where you go to school.

I know how frustrating these general classes can be. There are colleagues on our own writing staff who are arguing that the classes aren’t interesting or don’t cover the right topics. At Pepperdine, about 50 percent of our degree was made up of Gen Ed classes (63-64 units out of 128 total for a Bachelor’s). More than once during my college career, there were large petitions to reduce the number of required classes — all to no avail.

But now that I’ve graduated, worked in industry for a couple years, and am now here at Mason, I’ve grown to appreciate the seemingly endless stream of Gen Ed classes.

This common foundation of education was critical when I started interacting with others in the workforce from all sorts of different backgrounds. It created an underlying common stream of knowledge that helps break down cultural and political barriers. Knowing the basics of the scientific method of inquiry allows for teams to approach problem solving in similar ways. Having an appreciation for the diversity and power of artistic expression allows us to learn from past mistakes.

Perhaps that’s the academic in me talking. But I firmly believe that general education requirements create unity despite the vast diversity of types of colleges here in the U.S.

Beyond that, it lays a foundation for future success. The National Association of Colleges and Employers reported in 2019 that the top attribute employers look for in college graduates is communication skills. Some of the CEOs at the largest companies in the world today — Starbucks, Disney and Hewlett-Packard, to name a few — studied liberal arts in college.

Of course, there are ongoing issues to be addressed. Pepperdine’s Gen Ed requirements were admittedly a little too long, at almost half of the degree. I’ve heard that Mason Core classes need to be taught by professors with more interest in the subject rather than as a chore to “get out of the way.” Updates to the curriculum should be made — adding personal finance, for example, as I’ve spoken to far too many college graduates who still have no idea how to do taxes, invest in stocks or purchase a home.

The Mason Core isn’t perfect, and neither was Pepperdine’s Gen Ed curriculum. But despite the major differences between these two schools, I truly believe there’s something important about the shared foundation of knowledge that graduates from both schools will have as they go out into the real world.