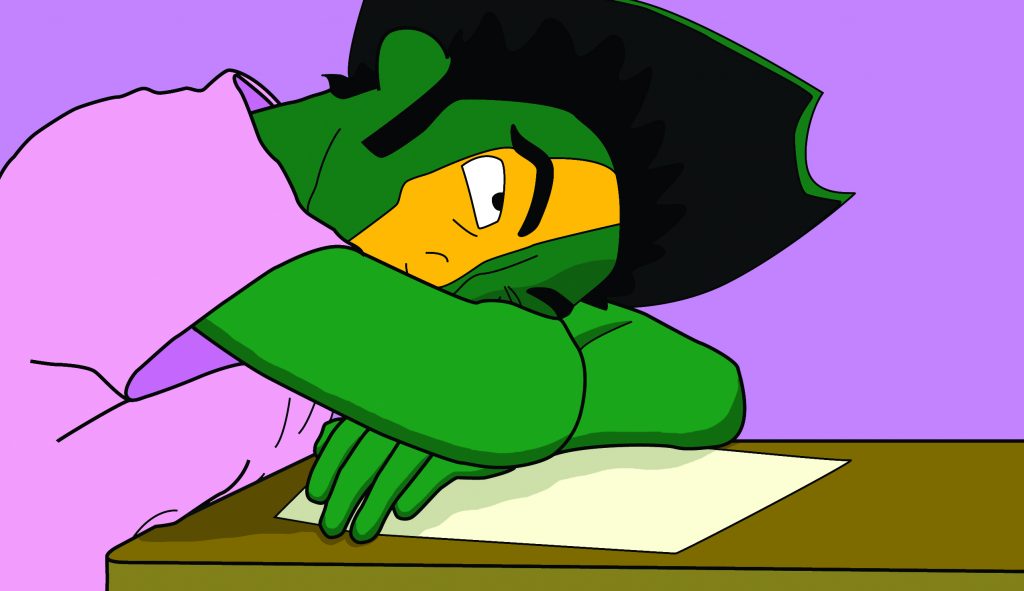 This entire conversation about the core curriculum relies on the tenuous assumption that students actually learn things in their classes. We make the opposite mistake that the scientists in “Jurassic Park” did: We’re so preoccupied with whether or not we should, we haven’t stopped to think if we could.

The idea that students learn something because they enrolled in and completed a class doesn’t square too well with the way students tend to talk about school.

I’ve never heard students who are in an astronomy or geology class to fulfill a laboratory science requirement for their majors express frustration that the class was too easy or that the tests and quizzes were a breeze — no, they’re quite happy if that’s the case. If they do complain, it’s when those science classes, which they thought would be easy, actually require them to understand the subject matter in order to pass.

The primary motivation for students who enroll in classes outside of their area of interest is to receive credit for the course, not to learn the material. I don’t say this to be critical. I have this same mindset in some of my classes, and I sleep soundly at night knowing that my fellow economics majors might not care as much about geology as some of their transcripts would indicate.

I don’t think anyone really believes that putting students in a class guarantees that they will be engaged with the material, yet we talk about the core curriculum as though that were true. It’s one thing to say that breadth in education is important, but it’s another thing entirely to say that a broad curriculum means that students will learn about a variety of subjects.

In a world where college administrators were gods with unlimited power, they could program knowledge about rocks into every economist’s brain. You can make the argument that if educators did have such power, it would be better to live in a world where economists could identify various minerals than in one where they could not. But that’s just not the choice we’re faced with.

We can’t force people to learn, we can only force them to take classes.

Discussing what kind of knowledge we would like people to have is not that important when talking about educational requirements. That isn’t to say that people shouldn’t be encouraged to study a variety of subjects. But even if we ask people very nicely to learn what we want them to, they will never retain anything from a course they don’t care about.

We shouldn’t forget that we are talking about college students here. We don’t pay attention when we’re bored. If the administration wants to use the core curriculum to keep up the illusion that everyone who graduates from George Mason is a scholar of the liberal arts with a refined appreciation for geology, astronomy and the visual arts, then the current approach is fine.

But if our goal is to use public education as a tool to promote learning and increase students’ knowledge, our approach should focus the most on what students actually like, not what they ought to like. This might mean more freedom to choose interesting electives, or lower-level courses that are designed for non-majors, but whatever form it takes, we should design our core curriculum with real students in mind.