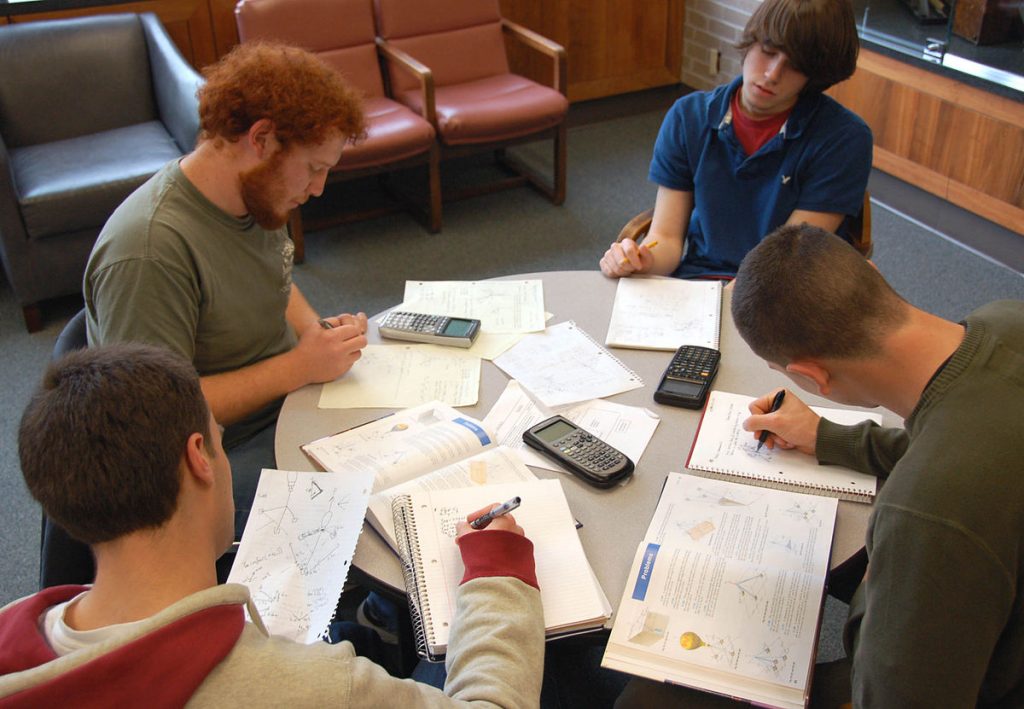 As midterm season approaches, most students are starting — or are in the process of — the frantic craze of studying for yet another multiple-choice exam. Graduating students are especially excited to get closer to being able to say “I’ll never have to take another test again!”

There’s no doubt that the multiple choice Scantron exams we commonly see in the classroom have their faults. They supposedly don’t generate actual thinking among students, just retrieval of memorized facts and formulas. Most of the memorized information is short-term anyways and will be forgotten by the next week. Exams create a system that dissuade learning and promote teaching to the test or studying just to pass the class. Some say that the model of testing and learning in college no longer prepares students for employment.

I don’t disagree that when I take exams, most of the information I prepare goes into short-term memory, and I often study primarily for the purpose of passing the exam.

Yet even the practice of studying for an exam has its uses, especially in the modern world in which we work. I learned the value of this after I graduated and spent a few years working in the “real world,” as those of us in academia sometimes call it.

In today’s digital world, many say that there’s very little need for the memorization skills we learn in test prep. While it may be true that most information is available at your fingertips with a quick Google search, the value of short-term memory comes into play when you’re interacting with business leaders on a day-to-day basis.

There may have been no need for me to know exactly how to generate a SQL-based interactive data visual through Cloudera Hadoop — I can just look up instructions at my desk — but there was a need for me to be able to tap into my memory of relational database structures when discussing the end product goal with the vice president of marketing and sales earlier that day. And yes, prior to that meeting, I had to briefly look through my notes from my analytics class to prepare myself for the upcoming conversation.

In other words, the process of studying for tests in college gave me the short-term memory capabilities to talk intelligently and impressively, without notes or Google, in important business meetings.

Exams are also often criticized and even mocked as a “guessing game” where students have to figure out what the professor wants them to study. To be fair, as instructors we certainly need to do a better job of clearly informing students of what they are responsible for knowing.

That being said, I’ve also found that the process of sifting through a semester’s worth of notes and readings then identifying what the professor would deem as important, was one of the most valuable skills I developed in college.

Let’s face it, understanding what your supervisor at work wants is unlikely to be much easier than the “guess what the professor wants” game we’ve all played. If anything, supervisors (without any training in pedagogy or instructional skills) are likely to be worse at communicating their criteria when evaluating your performance.

The skill of being able to quickly and accurately identify what your supervisor wants, out of a jumbled mess of vague communication, bodes well for anybody’s future promotions, raises and career goals.

Today, two years later, I’m back in academia, but not without having made some satisfying strides in the “real world” — two promotions within a year, and ending my two year streak with almost twice the salary I started with. It turns out those multiple choice tests I so hated back in college were actually helpful, and with any luck, I can pass on that experience to prepare my own students for their own career success.

Steven Zhou is a Ph.D. student and teaching assistant in the Department of Psychology at George Mason. He previous earned his B.A. and M.A. from Pepperdine University and worked in college student affairs, human resources, and data analytics, before coming to George Mason.

All Media is Political