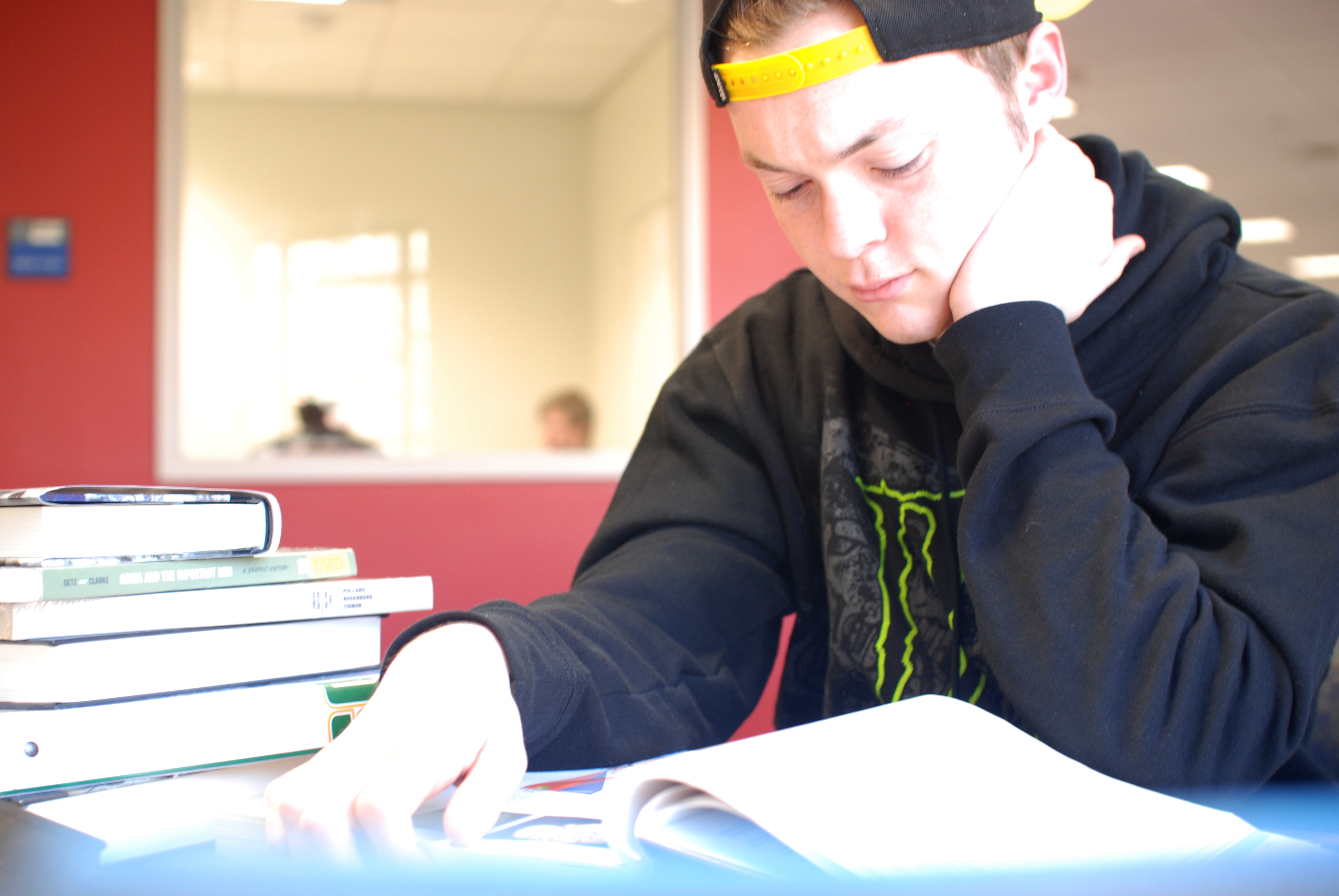 It was any other ordinary Tuesday in the Johnson Center (JC), and sophomore Bradson Tanner needed a place to study. Tanner grabbed his Blaze Pizza and began to scour the building for a place to sit and study. He looked around the first and second floor to no avail, and found all the seats taken.

Tanner, growing fruitless in his efforts, took a leap of faith and tried searching the final JC third floor for a place to sit. He climbed up the steps and started to walk around once he got to the top.

Tanner saw that his surroundings had changed, and noticed many confused stares and whispers toward his direction. He noticed a lot of people that he believed to be of Middle Eastern or South Asian descent on the floor.

As he walked around, he smelled an aroma of strong perfume and home cooked food spread throughout the floor. He passed by Muslim women in hijabs, foreign Emirate or Saudi students in designer apparel, Afghans meeting together and cliques of South Asian men and women. Tanner even noticed toward the back there was a small “prayer corner.”

“There’s a place where Muslims on campus pray up here apparently,” he said. “I heard rumors, but I didn’t think it was a real thing.”

Luckily, Tanner found a seat along the edge of the rails and began to sit down and eat his pepperoni pizza. Tanner later reflected that he didn’t expect to learn so much about other cultures just by stepping into a different area on campus. He wouldn’t say he’s completely uncultured, however—he is 1/4th Irish and 1/99th Lebanese.

Palestinian-American global affairs major Lahmeh Biljabn, who saw Tanner on the third floor, later reflected on his interaction and overall presence on the JC third floor.

“Honestly we didn’t really notice he was here at all,” she said. “But, it is a bit unexpected. Not to be dramatic, but I kind of felt like he might have given us evil eye.”

“It’s kind of an unsaid thing that most of the Middle Easterns and South Asians and all our friends hang around here,” Biljabn continued. “I don’t really know when or how it started, but it’s just a thing.”

Tanner stayed on the floor for an hour or two, and tried to focus on doing both schoolwork and not making eye contact with people around him.

“For the first time in my life, I felt like I didn’t belong,” Tanner said. “It was a real culture shock. Is this what minorities mean when they say they feel like the only person in the room?”