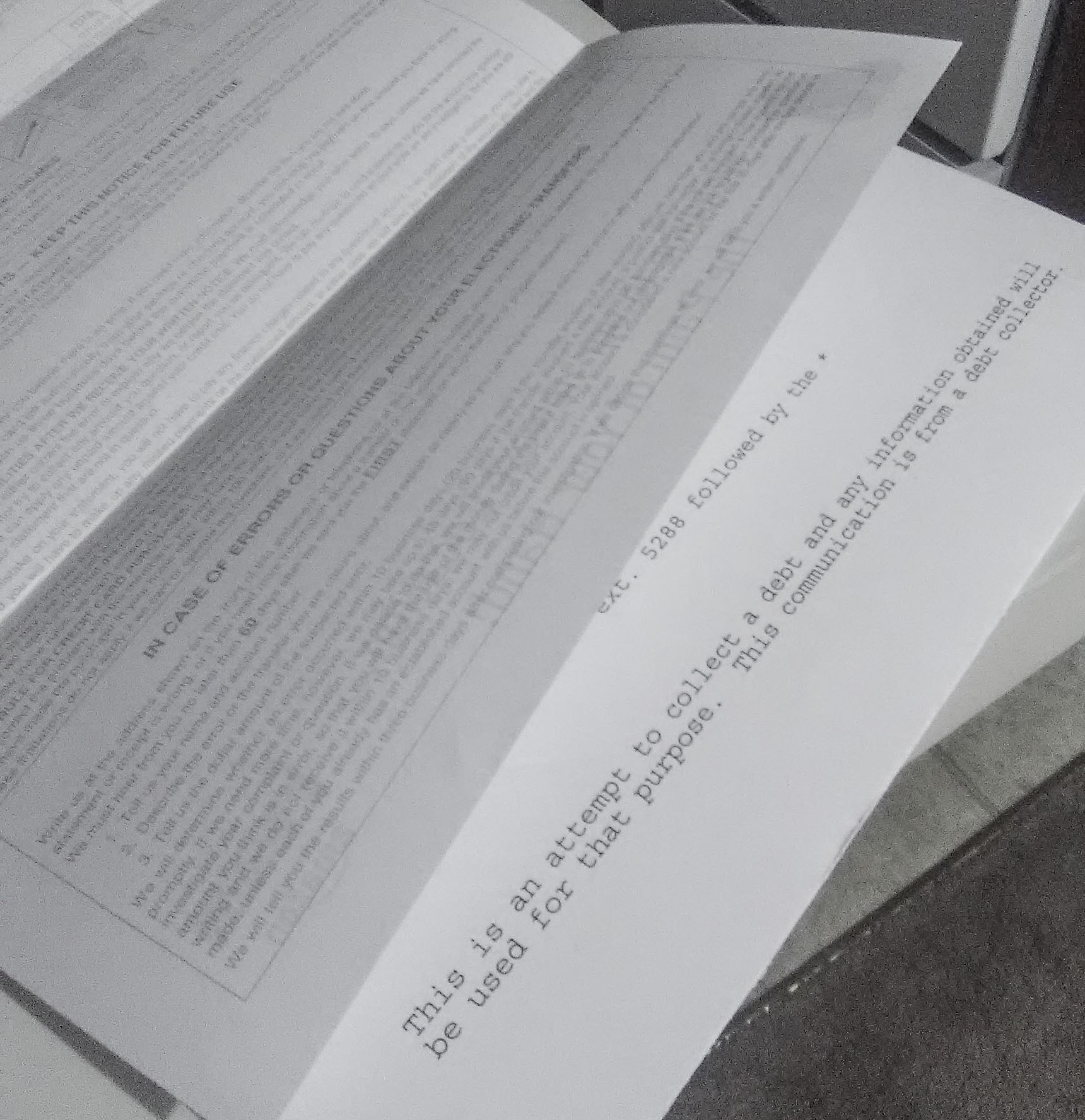 How can I get out of this mess?

It’s the Wednesday of the week I’m supposed to go back to Mason. This year, I’m a junior. I am the Assistant Culture Editor of the newspaper you’re reading this in. Secretary of the Society of Professional Journalists. Owner of Big Boy the Best Cat. Consumer of lots of ice cream. Those are all true.

What’s also true is that I still haven’t registered for this semester’s classes. I haven’t finished paying last semester’s tuition.

This isn’t really new for me or my family. It’s the closest to the beginning of the semester that I’ve ever paid my tuition, but certainly not the first time this has happened. The same has been true for the last four semesters I’ve been at Mason. It’s like living on borrowed time, except for the fact that that phrase is normally utilized when someone is dying. It’s not that serious. I’ll live, although admittedly with a whole bunch of anxiety attacks and guilty dreams.

It wasn’t always like this. I was raised on the fact that I was going to attend college. Everyone in my family had. My mother, always being the principal force in my life, has a master’s in social work. Her parents had met in college. Her father was a lawyer, her mother an award-winning journalist and public relations specialist. I don’t know as much about my dad’s parent’s education, but he went to college. As privileged and incredibly wrong the notion is that you have to go to college to be successful, I never questioned it for myself.

Things began to slightly fall apart when I started to apply to colleges. The reason I came to Mason in the first place was in part because we couldn’t pay James Madison University’s admission fees. Mason’s admission deadline was the week after, and we had the money then, so I put in the application, eventually got in and came to Mason.

I don’t regret that decision. Mason was where I first learned that you can’t make cookies in a microwave. I realized I was non-binary in Lecture Hall. I first told someone I was bi in front of the Northern Neck Starbucks. I’ve spent countless hours walking all across this campus for interviews and countless more putting it all together in the Hub. I had my first real therapy session in SUB I.

There’s also feelings and memories I can’t attach to a certain location that come just from being here. I’ve learned just how bad I can be at communicating, even though that’s one of my majors. I’ve found what I can handle, and what I can’t. With all of this, there’s no way Mason could have not become a home to me. After all of that, there’s no way I could ever want to leave.

Maybe I should have gone to community college. It would have been cheaper. I could have gone away later, after I saved up some money while living at home. However, living at home wasn’t the best option for me at the time. I had a lot I needed to figure out on my own, like my mental health and my sexuality. And who was going to give me the money I needed for an apartment, for utilities, for food, for anything else I would need to live back home? No. I took my chances on coming to Mason instead.

But staying here takes money. It takes other things too, like time and energy and investing in my mental health and being better at getting work done. But I can’t really focus on any of the other things on that list without money. It’s obviously the one that is the most important. It’s also the one that I might struggle the most with.

This struggle has affected almost every aspect of my life. My relationship with my family has suffered through the constant struggle to find the money to pay for school. My mental health becomes worse when I think about how much money I owe to school throughout the year. I hate buying anything because I know I have bigger bills to pay, and who am I to buy food or clothes or anything else when every cent has to go to tuition? Nothing’s ever enough, though. Not my jobs, not scholarships and loans. Everything I find to pay it off never sticks. I’m stuck in the endless drain of tuition payments and collection notices, and the only way out is to stay in school longer with fewer classes or dropping out entirely and coming back later, after I figure something, anything, out. Right now, I choose the first.

It’s even touched my dreams. I’ve wanted to be a journalist since I was eight, to tell the truth and to write. I wonder if that dream is a selfish one. I don’t have room for financial failure. Anything I do, I have to be sure of its success. That’s not a reality in journalism. I can’t see myself doing anything else though. At this point, all I can do is write like I’ve never written before and hope that it’s impressive enough to land me a good internship somewhere, or at least good rates from freelancing. I don’t hope to ever be rich, or even anything other than poor. I just don’t want to be completely dependent on other people, or put in too many hours of work for too little pay. But that will probably be my fate.

This isn’t really an op-ed about policy. I could write 1,000 words on what each presidential candidate believes about college debt and what would be the most helpful for me and (hopefully) others in the same situation. That’s the only way to stop the cycle, unless any reader has a billionaire in the family interested in paying college debt for those in danger of not being able to return to school. But unless it’s effective immediately, policy changes would not help me in the situation I keep finding myself in. I had to figure it out myself anyway that I could. I can’t be the only student to be this close to having to drop out of school over charges I can barely afford to pay. There’s no way.

I guess I need to start preparing for that.

New Title IX Coordinator, Who This?