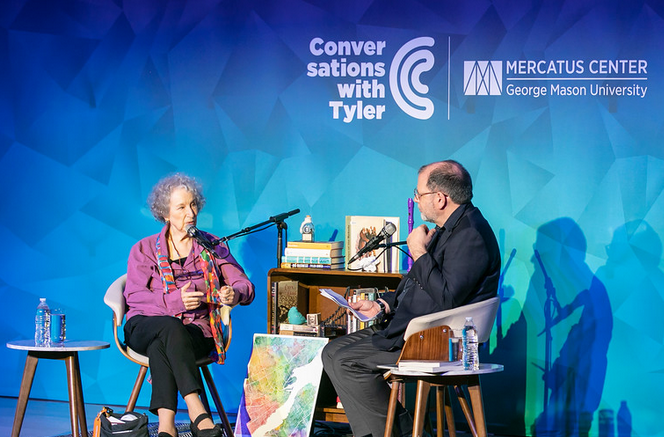 Mason has a unique position in the world of economics. “Masonomics” is a well-defined school of thought that believes in free markets and free people. Its emphasis on market-oriented solutions means that the policies it promotes tend to be

either right-wing or libertarian in character.

Mason economists also have a habit of making thought-provoking contrarian arguments. Books like Professor Bryce Caplan’s “The Case Against Education,” or Professor Garett Jones’ upcoming “10 Percent Less Democracy,” challenge ideas that many consider to be beyond criticism.

Mason economists don’t just discuss their ideas with themselves. Professor Don Boudreaux writes in his popular blog Café Hayek, “GMU Econ is indeed unique. But we’re working hard to make it less unique—not by us changing what we do, but by us persuading others, through word and example, to change what they do.” Mason economists want to use their ideas to change the norms of their profession, as well as the norms of society itself.

There has been some controversy about the ethics of how the economics program is funded. The department has attracted money from donors who both agree with and wish to expand the promotion of many of the views Mason economists hold. There are still questions about the involvement of the Koch foundation within the university that need to be addressed, but many have used those lingering questions as an indictment of the department and its views. Is it a threat to academic integrity to have a department that has a clear political slant?

It is important to have dissident views within any discipline. Resolving disagreements is the best way to bolster the arguments being used by all sides. Masonomics can be viewed as a kind of organized opposition to mainstream economics and policy-making. In a field where Democrats outnumber Republicans nearly 5-to-1, organization is crucial if right-leaning voices are to be heard.

When professors are able to collaborate with one another, they create a community that is greater than the sum of its parts. If the rare conservative economists were all scattered across the country, without access to the benefits of like-minded peers that their left-leaning colleagues enjoy, their ability to contribute to the conversation would be limited. Thankfully, there are places like Mason, where the best minds in libertarian economics can go to learn from one another. They are better because of it, as are their opponents, who benefit from more organized, articulate dissent that helps to strengthen their own arguments.

If you accept the notion that spirited opposing views strengthen the discussions within a field, then Mason’s economists are serving an important role. If you zoom in close enough, and ignore enough of the relevant context, you would see a department that stubbornly promotes its own views at their students’ expense. But Mason doesn’t exist in a vacuum. It stands in stark contrast with the rest of the profession, pushing back against the tide of the status quo. In that sense, the strengthening of Mason’s department is a strengthening of the profession as a whole. It is a valuable part of the economics community that should not be written off because of its political stance, because that stance is precisely why it is so important.