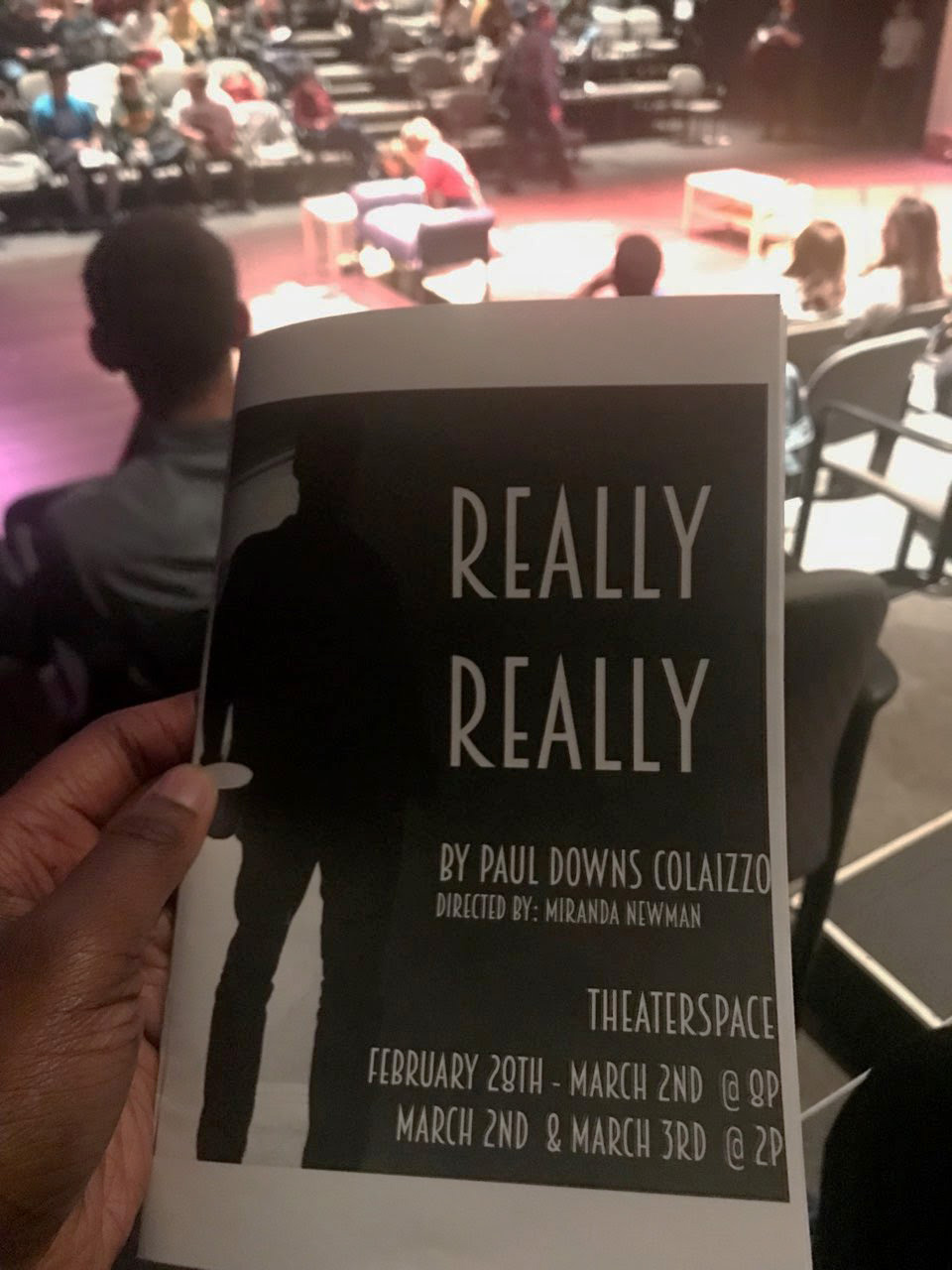 Millennials are emerging into adulthood following Christine Blasey Ford accusing Brett Kavanaugh of sexual assault, women seeking conciliarity in the #MeToo movement and people of all ages poking fun at the seemingly self-absorbed “Generation Me.” “Really, Really” adds to the important commentary on the validity of a “he-said, she-said” sexual harassment debate.

“‘Really, Really’ challenges the audience to rethink the building blocks of our society, where our priorities lie and what we can do to resolve this,” said sophomore Dramaturg Kat Amato.

The play, written by Paul Downs Colaizzo, follows a group of students in the aftermath of a wild college party when accusations of assault start to fly. The performance at Mason was directed by senior Miranda Newman.

“For me, this play is about young people struggling to survive in a world that increasingly bets against their survival and livelihood,” said Newman.

The cast of the show clearly put their hearts into the performance. The fight scenes utilized the entire space of the stage sliding across back and forth the space. The characters appeared as a bit of exaggerated caricatures of college students. Each actor transformed themselves into the characters to draw the audience into a heart-wrenching story.

“What are you willing to do to get what you want?” said the character Grace, played by junior Madison McVeigh. This statement makes the audience think about the actions, motives and sacrifices of each character.

The performance focused on Leigh’s accusation of rape directed towards Davis. This came in lieu of everyone assuming she had cheated on her boyfriend Jimmy, played by senior Matt Davis, with Davis at the party.

In the final scenes bathed in a harsh red light, Davis rapes Leigh on stage draped under a bloodied sheet while every other character gloats about their successful lives of the future. It was a chilling ending and a rightful fit for a performance set on making a bold statement.

For students who have experienced sexual assault, some resources offered on campus include the Student Support and Advocacy Center in Sub 1 room 3200, and Counseling and Psychological Services in SUB 1 room 3129. Other resources include the National Sexual Assault Hotline, which you can call at 1-800-656-4673.