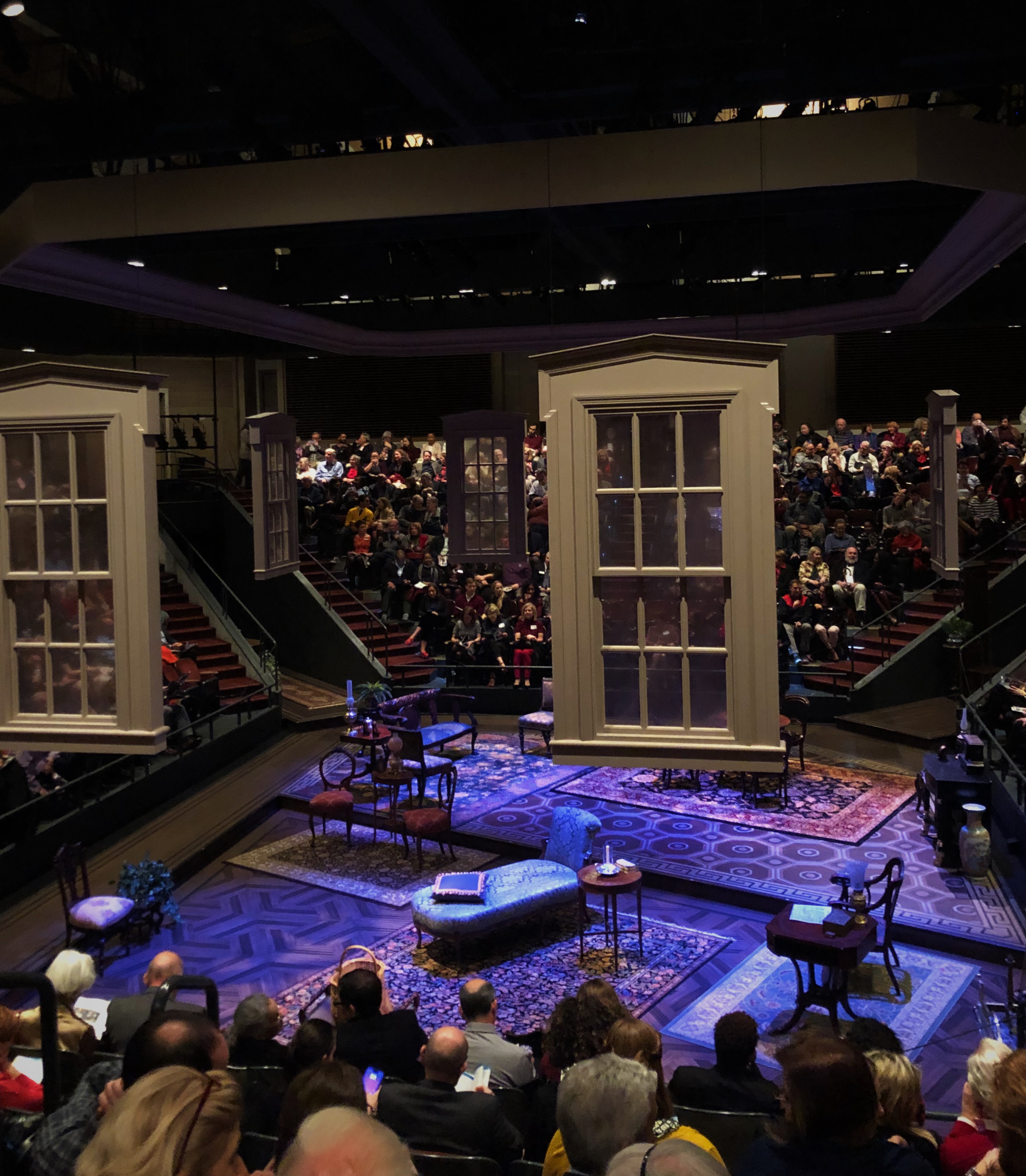 Another fantastic production at Arena Stage, a regional theater in Washington D.C., features work done by a member of the Mason community.

In tandem with her responsibilities as the head of design in Mason’s School of Theater, Sherrice Mojgani is the lighting designer in a production of “The Heiress,” a Tony award-winning play that has seen four reproductions on Broadway. The play is now taking place in the Fichandler Stage, which is known for its 360-degree viewing experience.

“The Heiress” is an American coming-of-age story based off of a book written in the late 1800s by a British-American author named Washington Square. The plot centers around a heroine, albeit far from the typical, who chases love and then executes revenge after she is betrayed by her husband-to-be. The play is set in mid-18th century New York, mainly in the grand home of the protagonist’s generally disapproving father.

According to Mojgani, while the play isn’t performed often, it is usually done very well and receives a lot of attention. “It’s a really important story for a lot of people,” she said. The themes of independence and self-reliance exhibited by the “socially awkward and plain” protagonist Catherine Sloper, a woman with means, still resonate with today’s audience in a unique way.

Mojgani said the original script was not necessarily written to be performed in a round viewing space like the Fichandler at Arena Stage, adding a different yet arduous layer to her part of the job.

The theater-in-the-round is generally a less common stage, but Mojgani, citing her past experiences, believes that they open up an opportunity for lighting to interact with the story in a more tangible way. A theater-in-the-round allows for less set changing, which dramatically increases the importance of lighting when it comes to creating a location on stage.

The job of a lighting designer, in Mojgani’s opinion, is to ensure “the audience knows where to look.” Her trade is largely invisible but undoubtedly necessary. While some theater-goers don’t even consider the lighting of a play, they would be very confused without the careful direction provided by Mojgani and her team.

“I hope that you notice, but I hope that your noticing doesn’t take away from the storytelling but only adds to your experience of the story,” she said, discussing the subtle nature of her work.

When asked about the genesis of her love for the theater, she called to mind a single experience that shifted the direction of her life.

“It’s interesting the way the theater bug hit me,” she said. “I went to see a production of Ragtime when I was in middle school … It was the most beautiful thing I’d ever experienced.”

Retrospectively, she perceives that this viewing was the first time she experienced truly professional theater.

“I’d experienced some things at the community or the church level, but to see something that had that much spectacle and was that stunning and beautiful … something that was created live in front of you that could change in an instant is just really beautiful,” Mojgani said.

“I came to lighting quite on accident,” she said. She recalled the difficulty she had remembering lines and her lack of a natural dancing gene along with a genuine love for the people and work involved in prepping for each show. She found that working in lighting meant participation in every moment of the play without ever being on stage.

From high school onward, Mojgani’s path was focused. After studying at University of California, Santa Cruz while participating in a multicultural program known as Rainbow Theater, she took off to intern at the Cleveland Playhouse for a season. Returning to California, she obtained her graduate degree in lighting design at University of California, San Diego. After a brief stint in New York City, she finds herself where she is today, a teacher and mentor to theater design students at Mason.

She isolated the text of each play she has worked on as the major influence on her work. She described a back-and-forth line that she toes between realism and the words that make up each production.

Mojgani likens the escape provided by the theater to that of a really good book. Along with her love for the stage, she describes herself as an avid reader dating all the way back to her youth.

“We get to take these imaginary worlds and create them on the stage,” she said, equating the two.

For those who don’t typically frequent the theater, Mojgani explained,“What the theater gives us is an opportunity to experience something outside of our own lives with other people.We’re getting to this point in society where we experience a lot of things on our own, and I think having these sorts of moments of collective experience is really important in how we sort of interact with the people around us.”

“The Heiress” runs until March 10. As always at Arena Stage, those under 30 only need to pay their age to attend.