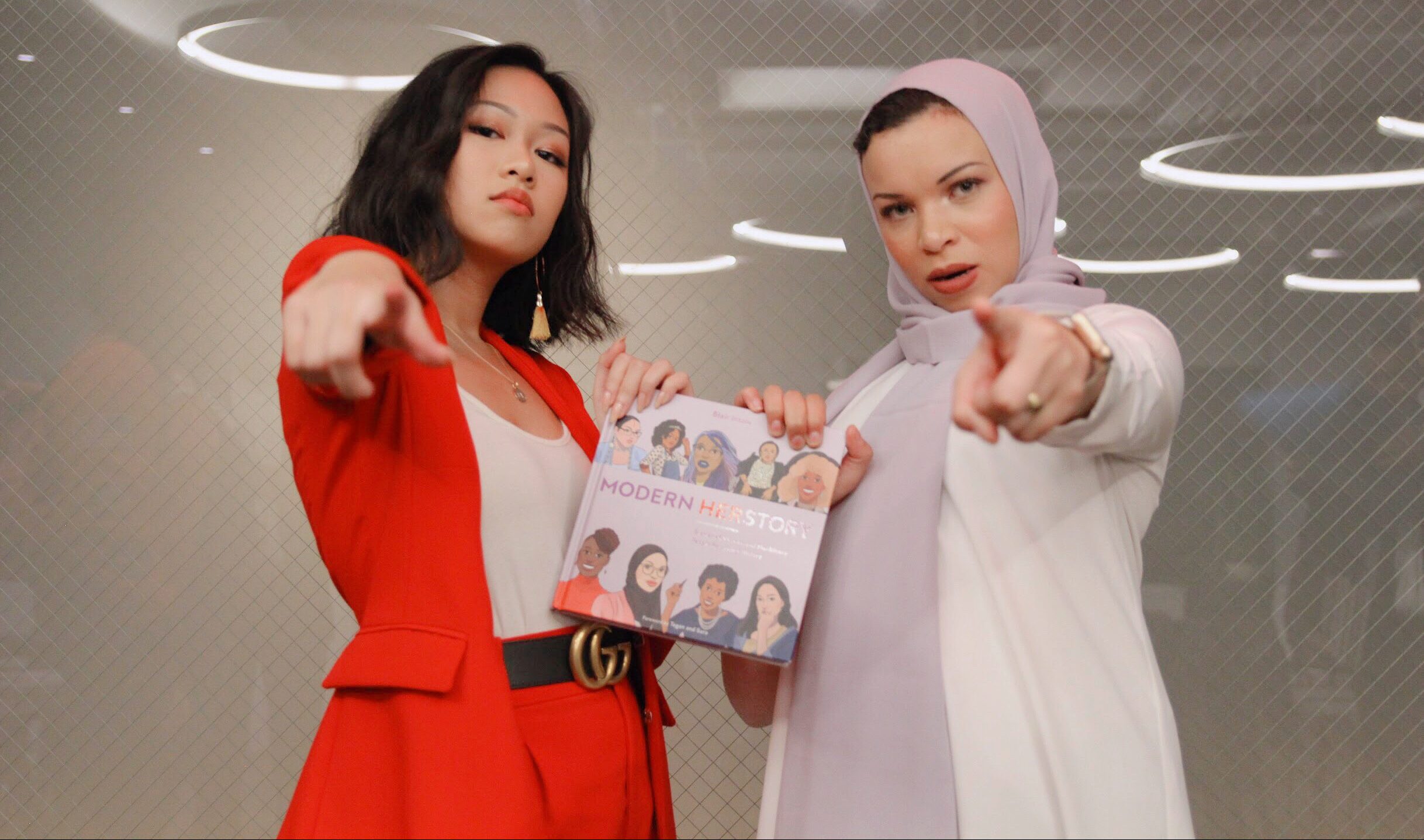 As an artist, the idea of your work being published in a book can seem like a dream. For Monique Le, this dream became a reality.

Le, a junior at Mason, illustrated “Modern HERstory: Stories of Women and Nonbinary People Rewriting History.” The book, which was released on Oct. 16, was written by activist Blair Imani.

Le loved art and drawing since she was a child, but as a biology major, she was not planning to pursue art as a career. “When I went into college, I told myself, ‘Alright let’s stop. Put the paint brush down. We’re going to focus on school,’” Le said. “And then Blair happened, and I was like ‘I guess I’m not just going to focus on school, I’m going to be working on a book now.’” 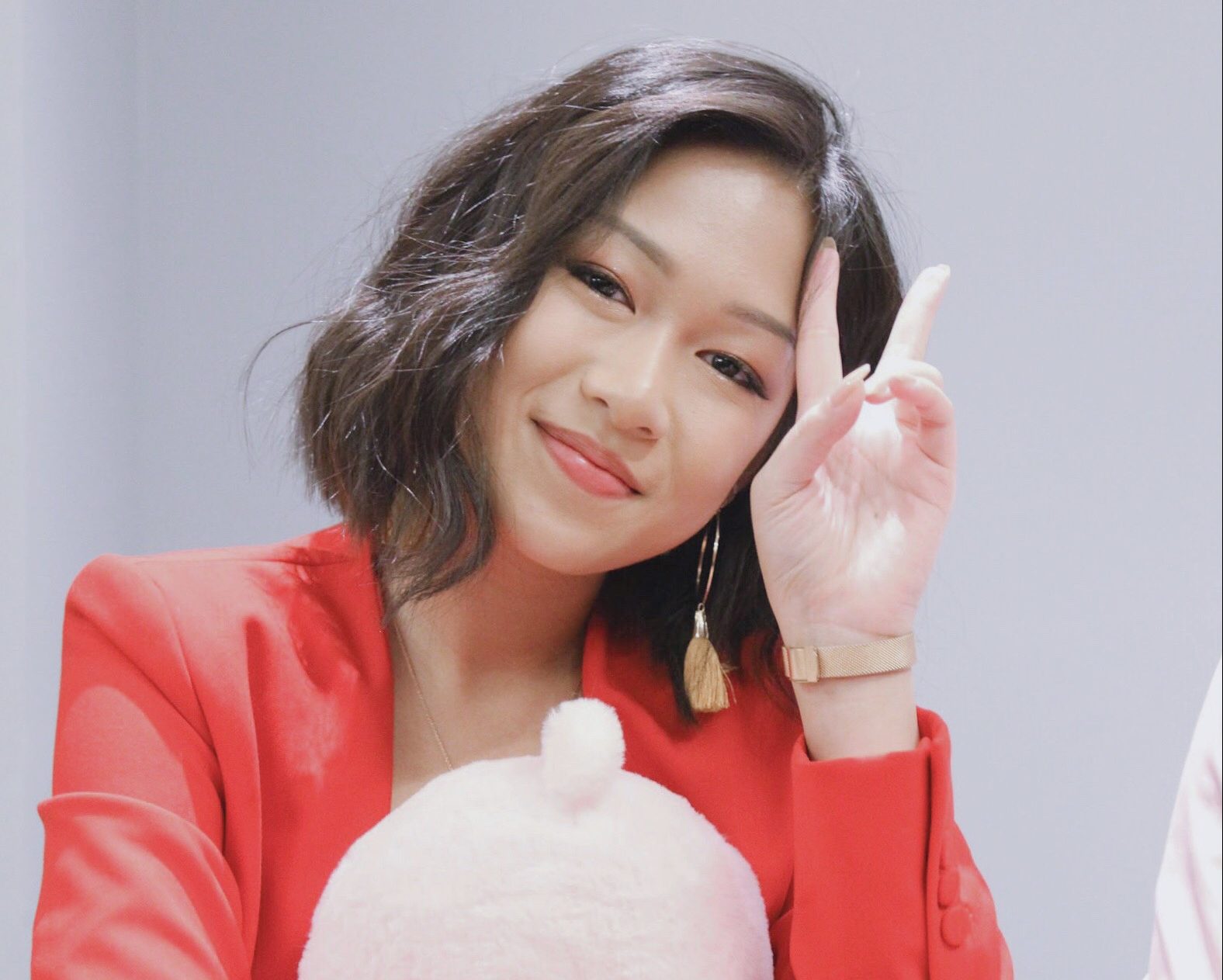 Imani discovered Le through the #TheArtistChallenge on Twitter, a challenge “… just to draw yourself in different art forms and different styles.” Imani followed her on Twitter, and later asked her to illustrate one woman a day for Women’s History Month. Le started working on the pictures during winter break in 2017, with the process continuing through the spring semester in 2018. Le took a break from illustrating during finals, but shortly after exam season was over, Imani asked her to work on the book.

“After that, I worked on it for like a whole year straight,” Le said. “Before school, during school, after school. Every day for like a year.”

Le had to find ways to balance illustrating with school. “I’m actually not the best with time management,” she said. “But I just tried to do as much as I can with the time that I had. So if I had an hour between classes, that’s what I would be working on. I would just try to squeeze in as much as I can.”

Le illustrated 70 women and nonbinary people for “Modern HERstory.” Although Le has done illustrations before, she found illustrating the book to be more challenging. “The characters that I draw are usually myself because my comics and illustrations are about me,” Le said. “So drawing a huge, diverse group of people, that was a challenge, but it helped me.”

One of her favorite people that she drew was YouTuber, makeup artist and entrepreneur Michelle Phan. “I was really excited to draw her because she’s also a Vietnamese person and she’s also one of the only Vietnamese people I knew,” Le said. “I remember in middle school I would watch her makeup tutorials and I didn’t see anyone else doing what she did. She just literally started from the bottom and worked her way up. She is … a self-made business woman.”

Le spent some time promoting the book in New York with Imani the week that it launched. Although she only met Imani in person for the second time during this trip, Le still felt comfortable with Imani. “It didn’t feel like we were strangers online, it felt like we knew each other before,” Le said.

Despite her experience with “Modern HERstory,” Le is not planning to pursue an art career. Instead, she plans to continue studying biology and become an orthodontist. However, Le is open to taking more opportunities to illustrate in the future. “If it happens, it happens,” she said.

More of Le’s drawings can be found on her Instagram, @guacamomole. She also creates the 3030 comics for Fourth Estate.

The Next Chapter In Ending Sexual Violence At Mason