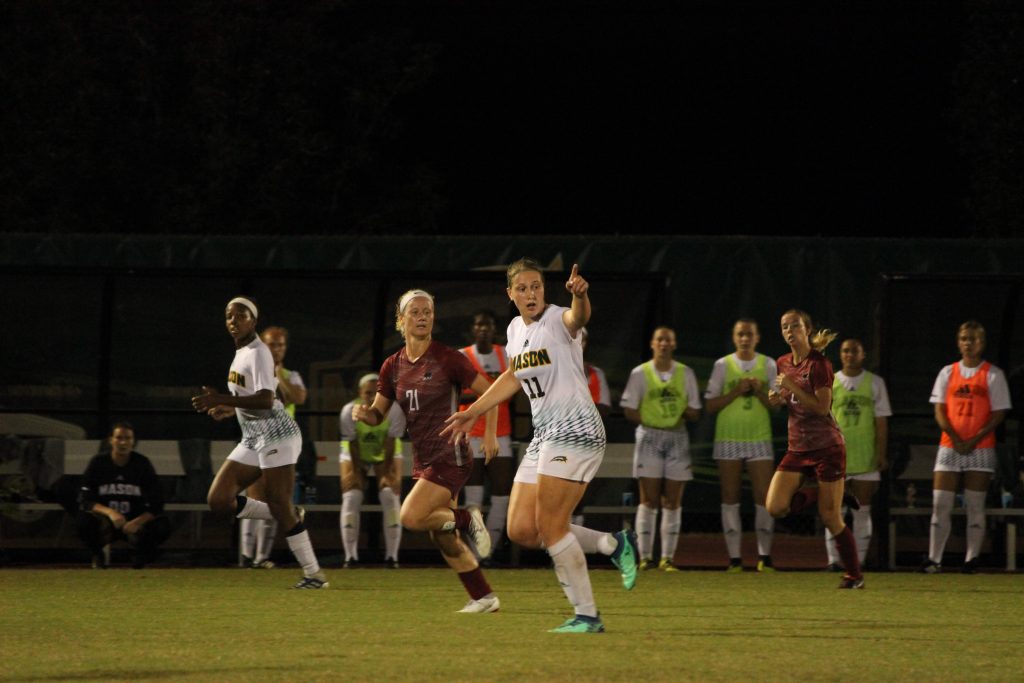 Women’s soccer freshman soars to the top of the leaderboards

Twaalf doelen. Twelve goals. More than each of her teammates, more than anyone else in the conference, and more than all other freshman soccer players in the nation. Twelve goals, the number that freshman women’s soccer star Emma van der Vorst has scored this season.

Soccer has been a part of van der Vorst’s life almost as long as she’s been in school.

“It started on the schoolyard, just my friends playing and I wanted to play with them,” she said. “I just liked it.”

She took to the game quickly and started playing on a club when she was six. However, teams for girls didn’t exist at the time in the Netherlands, so she played on a boys team until she was 13.

Playing on a team with boys was something that she found helpful.

“If you really want to get to the highest level it’s better to play with boys because the level of girls isn’t that high,” she said. 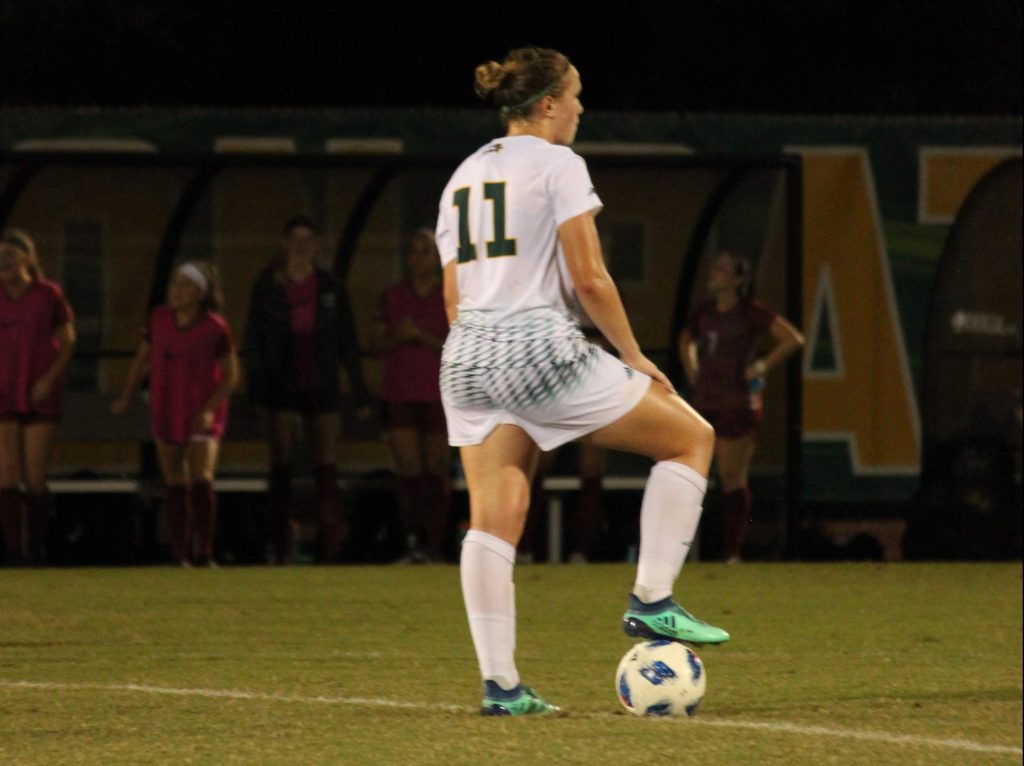 Van der Vorst added that before last summer she also played against boys on the Under 19 (U19) Dutch National team— something that she believed helped her become faster and stronger.

Van der Vorst also played on the Dutch National youth teams at the U15, U16 and U17 levels ,an experience she reflected on saying, “It was awesome, it’s an awesome experience. It really helped me grow. Just at a high level competing at a high level, and I really enjoyed it.”

She believed playing on the National teams helped her transition to playing at the collegiate level saying, “I’m used to a little pressure and I think if you really want to make it you have to get used to it because you always have pressure. And it really helped me coming here.”

Head women’s soccer coach Todd Bramble believed that the level of play of the National team helped van der Vorst as she began her collegiate career.

“Those games, training with those teams, I would say to be fair is probably a higher level the college game here so if you find yourself playing games against Germany, England, France big European countries against their National teams then we’re you come here and you’re playing in the toughest college games that our team plays, then it’s not the toughest game she’s ever played in, that helps her as a player,” he said.

The most difficult part of her transition to college was not anything on the field, but rather the language. Prior to coming to Mason, van der Vorst had only been taught English one day a week for an hour, since she was ten or eleven. The classes consisted of grammar, writing and listening, but rarely speaking the language.

Van der Vorst has been set on continuing her soccer career since she was in her early teens but knew she wanted to continue her education at the same time.

“[The Netherlands is] not like here where the soccer team is part of the university, it’s separate there. So they don’t really make a schedule because of your soccer practices, it’s just this is your school schedule, this is your soccer schedule, figure out how to deal with it,” she said. 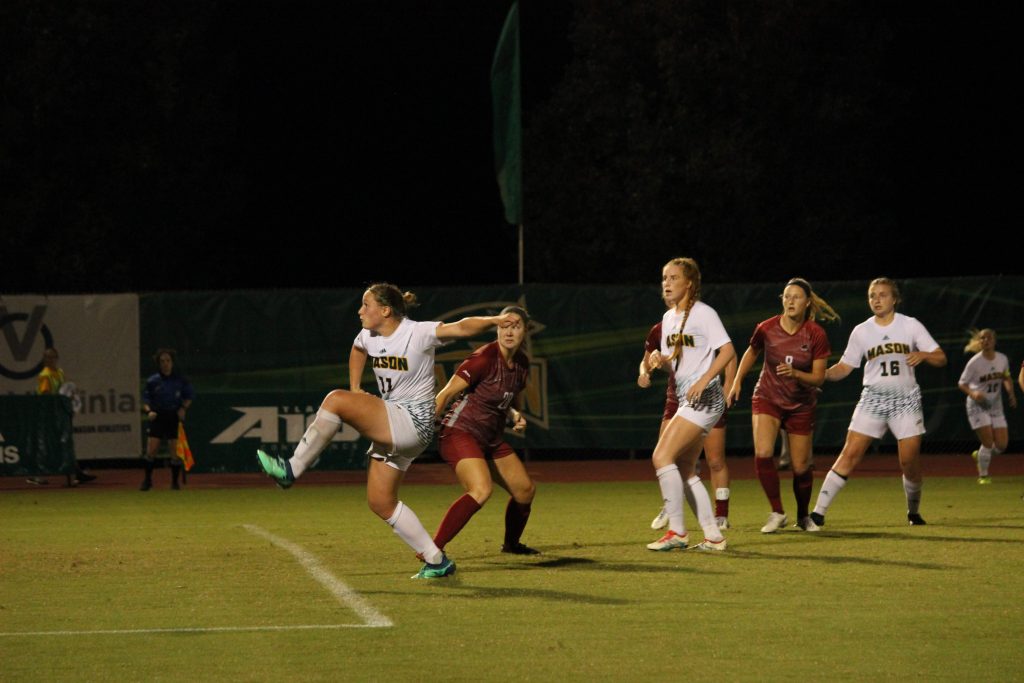 However, this is not van der Vorst’s first experience spending time away from home.

At the age of 14 she moved an hour away from her home to Amsterdam to play for CTO Amsterdam. She lived there for five days a week and came home every weekend. In some ways, she believed it prepared her for going to college so far from home, but she did acknowledge how different it is when to not go home every weekend, but instead only over winter break.

Her strong start was something that no one expected, not even her or coach Bramble.

Van der Vorst said, “No, definitely not. Last season I was injured on my knee so I came back from an injury. And before I came here I played at the Euros with the under 19s so I was getting fitter again and it felt really good, I felt really strong, but I never expected to continue it here.”

When asked what surprised him the most about how van der Vorst’s season started, Bramble responded “Just what a true student of the game she is, you know you can tell she watches a lot of soccer, she really understands the tactics, she asks a lot of questions and she does a lot of extra work on her own.”

He continued saying, “There’s very few days where practice ends and the rest of the team is heading up to take a shower and she’s not staying behind with a bag of balls to continue to work on her game. And I think that says a lot about her as a player.”

Van der Vorst had scored twelve goals, tied for eleventh in the country.

She has already set a program record in her short time at Mason, having scored a goal in eight consecutive games. 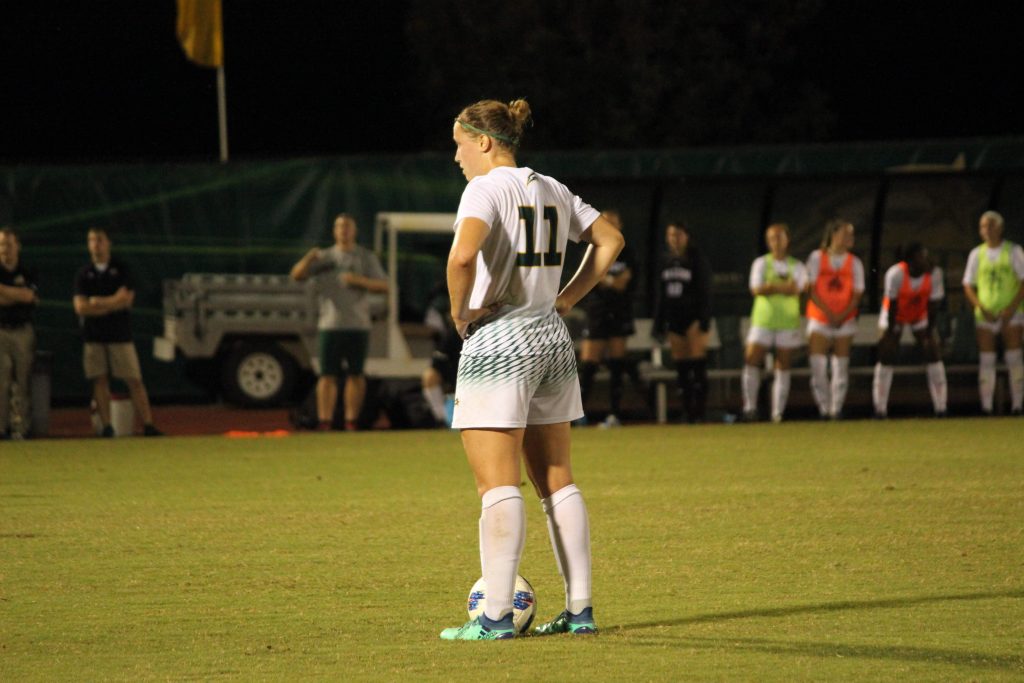 “In the beginning I didn’t know what the record was but then I saw it on the Mason site and I heard my teammates say it and, well, it’s awesome to break a record,” she said. “I wasn’t trying to do that, I was just trying to score to win games and to help the team. I couldn’t have scored those goals without the help of my teammates and without the assists.”

Her high level of play has not gone unnoticed, as van der Vorst has been named A-10 Rookie of the Week four times so far this season.

Van der Vorst had a hard time picking a favorite moment this season saying, “Maybe when I broke the record… Well there have been a lot, like every goal is a great moment… I think every time we win is a highlight.”

Her goals for the future are simple, “Just to get better and eventually I want to play professionally. I just want to keep developing.”

Van der Vorst and the Patriots return home Oct. 21 to take on University of Rhode Island.

*All statistics are final as of Sunday Oct. 14

Students Speak Out About Intramural Sports

Who Are We to Look Up to?