VIEW A RECAP OF THE 2018 ACADEMY AWARDS

On Sunday, Mar. 4, the 90th Annual Academy Awards took center stage at the Dolby Theatre in Los Angeles, California. This year’s star-studded event filled the room with a talented and notably diverse set of actors, producers, directors and contributors to motion pictures. Jimmy Kimmel, comedian and host of late-night talk show “Jimmy Kimmel Live” hosted the awards ceremony for the second time in a row. 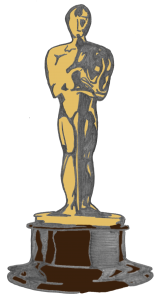 Kimmel started the show with a monologue that noticeably leaned on the political rather than comedic side. He emphasized that the 2018 Oscars would entail a night of positivity—encouraging the winners to speak about salient issues such as gun violence, Dreamers, gender equality and sexual harassment prevention.

“The world is watching us. We need to set an example,” Jimmy Kimmel said.

Guillermo del Toro, recipient of best director for “The Shape of Water,” celebrated his first Oscar win. As a Mexican immigrant, del Toro joins previously Oscar-recognized Mexican directors Alfonso Cuarón and Alejandro González Iñárritu. Stories told from del Toro’s perspective are intended to “erase the lines in the sand,” he proclaimed—raising awareness by including immigrants’ narratives and talents.

It was also a historic night with the appearance of Daniela Vega as ceremony presenter. Vega is the first openly transgender woman to have assumed the previously mentioned role as part of the televised broadcast. Moreover, a film in which Vega stars called “A Fantastic Woman,” captivated the Academy. Taking home the award for best foreign film, the efforts of both Vega and Chilean filmmakers were brought to light.

In terms of achievements in front of the camera, Sam Rockwell, Allison Janney, Gary Oldman, and Frances McDormand won as recipients of best supporting actor, best supporting actress, best actor, and best actress. Their films “Three Billboards outside Ebbing Missouri,” “I, Tonya,” and “The Shape of Water” all received critical buzz leading up to Sunday’s big night.

The individuals operating behind the camera and in post-production were also acknowledged. Best sound editing and mixing both went to “Dunkirk.” In addition, best writing for adapted screenplay was awarded to James Ivory of “Call Me by Your Name,” and best writing for original screenplay was granted to Jordan Peele’s “Get Out.”

Song numbers during the ceremony also energized the crowd with a call for solidarity among marginalized individuals by Common and Andra Day’s performance of the Oscar-nominated song, “Stand Up for Something.”

Portraying the color of Mexican life and culture, “Remember Me” from the Disney/Pixar animation “Coco” was also performed and recognized, taking home the award for best original song.

Entertaining points of the event must be handed off to Kimmel’s bit of the jet ski prize for shortest acceptance speech, as well as his celebrity raid of a packed auditorium at TCL Chinese Theatre with stars such as Lupita Nyong’o, Gal Gadot, Mark Hamill, and Ansel Elgort.

The night ended with no envelope mishaps, but is historic in its own sense for political outreach in matters that the award recipients, ceremony presenters and performers cared about. The 90th Annual Academy Awards gave an insightful look into the power of motion pictures and the people who craft them.