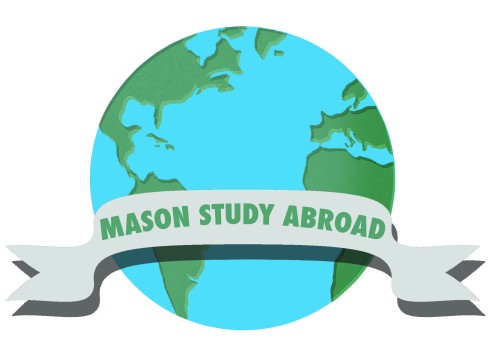 In the past few months, several offices at Mason, including the Center for Global Education and Mason Korea, have changed their names. The Center for Global Education is now known as Mason Study Abroad and Mason Korea has been changed to George Mason University Korea. On May 1, the New Century College (NCC) will also change its name and become the School of Integrative Studies.

According to Achim Loch, the internet marketing outreach coordinator for Mason Study Abroad, the name change goes “hand in hand” with its new website, which features a new style of database and a separate webpage for each study abroad program.

The name change was part of the Strategic Planning Objectives laid out by President Angel Cabrera in 2014, specifically Objective 12, the Global Learning Platform, whose goal was to create “partnerships and other arrangements to support student and faculty mobility and collaboration.”

While the name change may seem small, Setarra Kennedy, who works in the Office of Global Strategy, said that it was only the beginning of accomplishing Objective 12.

Loch said that the name change was not only in accordance with the Strategic Planning initiatives, but also a sort of mission statement.

Another change for the office was a new website. According to Loch, the Mason Study Abroad website serves two purposes.

“First of all, you can see that each program has its own page in the new database, and [second], as a student you can create an application for more than one program,” Loch said.

There is also now a $150 flat fee for Mason students applying to any program and a slightly higher fee for non-Mason students. Each program offered through Mason Study Abroad now has its own page within the website as well.

According to Loch, Mason Study Abroad’s old website is still operational, but all its links now transfer users to the new website. The updated website also features links to other study abroad pages not offered through Mason Study Abroad, such as programs offered through the school of Conflict and Analysis, Mason’s School of Policy, Government and International Affairs (SPGIA) and Social Action and Integrative Learning (SAIL), located within the New Century College. 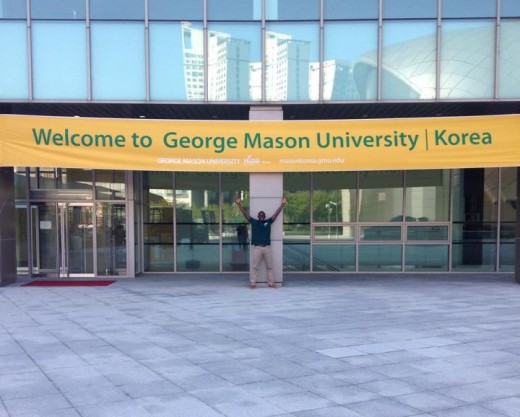 Mason Korea’s name change was also driven by a need for clarity. According to Kennedy, “There were some interpretations [that] Mason Korea [sounded] more corporate as opposed to collegiate, so there was some confusion as to what Mason Korea was. The decision was to change the name to George Mason University Korea so you knew that this was a university, not a corporate center.”

Kennedy stated that many of the name changes that have been completed are part of making Mason’s name a “brand,” which was also an overarching goal of all 12 Strategic Planning Objectives.

Another large-scale name change is occurring in the New Century College. On Dec. 8, 2015, the Board of Visitors voted in favor of changing the college’s name to the School of Integrative Studies, and from there it went before the State Council for Higher Education for Virginia (SCHEV). Effective May 1, 2016, the New Century College will officially be the School of Integrative Studies (SIS). The announcement was made on the NCC’s website on Feb. 8. The name change was approved by SCHEV in early February.

When the NCC was created in 1994, it was seen as a progressive approach to education and research, with a focus on hands-on learning. Those in the department believe that the college’s new name will further emphasize its progressive nature.

Deborah Boehm-Davis, the dean of the College of Humanities and Social Sciences (CHSS), said “New Century College has always offered Mason’s students coursework that integrates perspectives from multiple disciplines and the opportunity to apply that learning beyond the university. The new name reflects that the School of Integrative Studies embodies this unique integrative pedagogy, paired with the opportunity to address the needs of society and the world, thereby building effective future leaders.”

Kelly Dunne, the interim dean of the NCC, agreed with Boehm-Davis.

“Our new name encompasses the full spectrum of what our faculty and students are charged to do: Put their passion to action as they engage with the complex social, global and environmental challenges facing our world,” Dunne said in an interview with the Mason Newsdesk.

Although the relative simultaneity of these name changes may make it seem that they all were related to the Strategic Planning Objectives, only the shift to Mason Study Abroad was directly related.

Kennedy said that while the name change and integration of Mason Study Abroad with Mason Global was a small part of the 12th goal on the list of the Strategic Planning Objectives, planners are by no means finished with the project.

The project, Cabrera’s ten-year plan to better the university, included goals such as creating innovative learning opportunities and accessible pathways to serve the needs of different students, shaping career-ready graduates and elevating research, among others. There were 12 objectives total, each of which included several preliminary goals.

The report stated that visible success of the 12th goal would be numerous: “More Mason students will be studying abroad. The number of Fulbright scholars and faculty engaged in international projects will increase. Ties with partner institutions will strengthen. More students, faculty, and staff will embrace the global mindset,” the report said.

“This is definitely a priority and this is something that our office takes into consideration as we work. It’s more ongoing, definitely ongoing,” Kennedy said.

“Cloud 9” brings a story about gender, identity and family