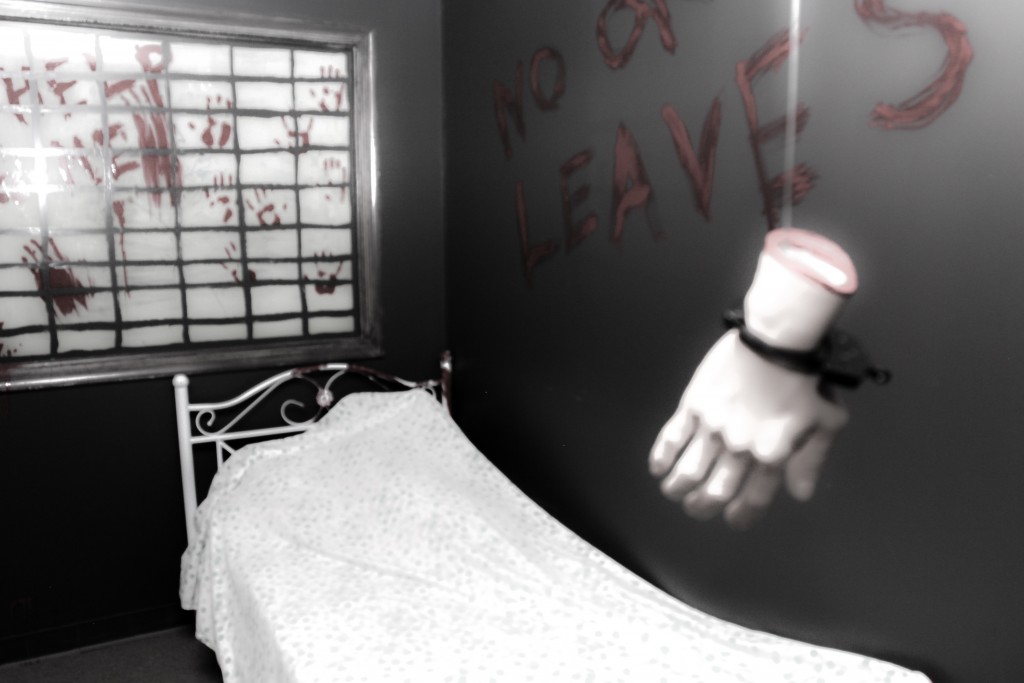 With high stakes, puzzles to solve and only an hour to get out, the escape room phenomenon is taking over the average evening date or friends’ night out.  These interactive and intense games are known to get players’ hearts racing and start the gears turning in their heads.

Many escape room companies are starting to pop up in and around Washington, D.C. But Room Escape DC recently opened in Fairfax.

The company opened just four months ago, but it has already welcomed over 5,000 players. Founders Egor and Anna Bond opened the Fairfax location hoping to bring the fun of games closer to those south of D.C. Room Escape DC is located off of University Drive, roughly eight minutes away from campus.

Escape games, like the ones offered at Room Escape DC, lock players inside a themed room with a story for why each person must escape. Within four walls are ample amounts of locks, riddles and hidden messages that need to be solved in order to unlock the door.

Senior Kayla Morales has played multiple escape rooms and finds them exciting. “There’s an adrenaline rush – especially if they’re scary – [and the rooms are] challenging and mind-bending.”

These scenarios called, Real Escape Games (REG), are based on video games in which a player is locked inside a room and must explore the surroundings to escape. Similar to the popular cell phone game 100 Floors, where a player needs to tilt, shake, invert or tap their way to building a floor using clues scattered on the screen to escape, these new escape games take that concept a step further by creating a life-size experience.

First seen in Japan in early 2008, REG quickly became a trend. It then became popular in Europe and now these games are a new-found favorite in the United States.

“The beauty of this game is that there’s no age limit,” Egor Bond said. It doesn’t matter if the player tall or short, male or female, brawny or slight, because “nothing in there needs power, just brain power and skills.”

Room Escape DC offers two games to players: Escape the White House and Dr. Panic. Once a room is entered, players need to think quickly because the stakes are high and there is only one hour to complete the mission.

“What if you had to get out of a room, and if you didn’t the bomb would go off or the doctor would come back? It’s like you get to be in that situation without being in actual danger,” Morales said.

Players are encouraged to flip over furniture and rugs or crawl under desks and peer between bookshelves to find clues. However, if players feel they are making little to no progress wandering around the room, there’s a camera in the ceiling that allows the game master to monitor progress and give help when requested. Hints must be used sparingly, because a group is only allotted a certain number of them.

Each room’s atmosphere is different depending on the mission. Soft, heart-pounding music is one way game masters set the tone within rooms. Other methods include extreme lighting, themed décor or live actors to interact with participants. The catch is that players don’t know what the room will look like until they sign the waiver to play.

“It’s nice to go in with the mentality that we’re going to get out without using any clues!” Morales said. “But my priority is just to get out in time.”

Teams should not feel bad if they need extra help. Bond explained that about 95 percent of people who play use hints. However, there are some tenacious teams that refuse to take hints and cannot escape the room, but “fail with pride,” according to Bond. Roughly three in every 10 groups finish the game in time.

“Communicate every step. If you found something, you need to share it with everybody,” Bond continued. “Someone may have [seen] something, and you’re trying to do that same thing. That just wastes your time. Also, don’t just run around and ignore details.”

Three new attractions will be joining the current two: Escape Jail Bus, Phone Booth and Dating Room. Typically, escape rooms are made for several people, but these new escapes will be geared toward smaller audiences.

Mason alumna Ria Namata commented that it may be difficult for large groups to work together when clues are randomly placed around the room, but “when people are able to organize themselves and know what their roles are, it makes solving it smoother.”

“We don’t want to go with the flow in the industry, we want to be the first in everything.” Bond said. “What we will have next is a level up from what we have now.”

Escape rooms are typically $27 per person, but Room Escape DC is offering a 20 percent off discount for Mason students until May 31.

“It’s a good bonding experience and a good challenging intellectual experience,” Namata said. “It’s something memorable. So if you’re looking for something that’s not just a fun night out at the movies or a random bowling night … something unique and different but at the same time something that challenges you, then it’s definitely something to try out.”

The name of the game: Three Mason offices get new titles

Mason’s land owned by three individuals during the Civil War