The Mason community went through a roller coaster of emotions this week as they waited on the powers that be to decide whether or not to cancel classes amid snow on Monday evening going into Tuesday morning. Some students took to Twitter to discuss their thoughts on the snow and how Mason was handling it.

Can someone leak the #gmu 'snow day or nah' mixtape? #closeGMU

Does #GMU maintenance not have to abide by quite hours when shoveling snow? And why shovel during the storm?

When you want to play in the park but you not trynna get in trouble. #GMU pic.twitter.com/vNyXzb1Wen

We literally missed ONE day due to snow and Mason is taking away a reading day. Mason makes me so mad!!!!!!! 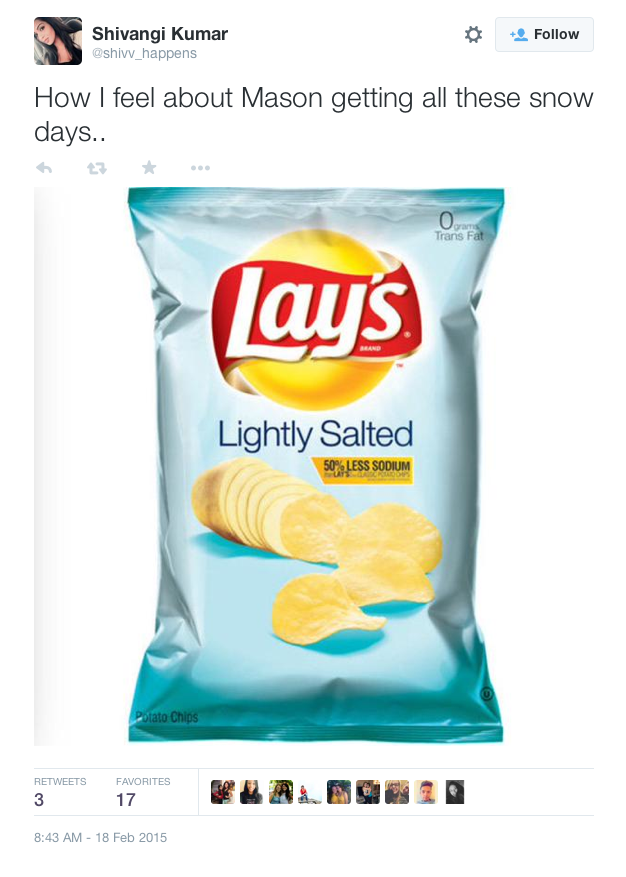 School of Business to focus more on government contracting