The Department of Communication sponsored their fourth annual career forum on Tuesday that focused on building connections between students, faculty, and communications professionals.

This year’s forum, titled #AllThingsSocial, allowed panelists to share insights about social media and digital communication in a global context.

Aaron Sherinian, vice president for communications and public relations at the United Nations Foundation, delivered the keynote speech. He spoke at length about the role new technology and social media plays in helping young people shape the world and the power of social media for creating a philanthropic revolution. 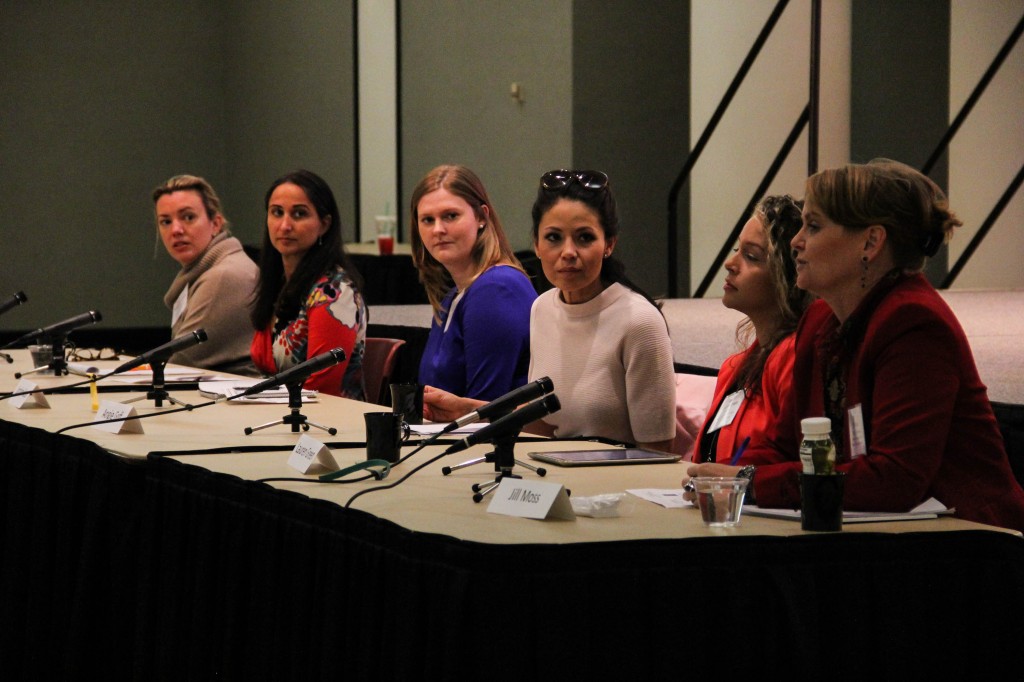 The #AllThingsSocial event brought in a group of communications professionals to give their perspective. Photo Credit: Erika Eisenacher

“We have global reach. The world we look at on a map right now, it used to be divided by continents, and oceans, and geography. Today that world is connected and coalesced around conversations,” Sherinian said. “Our days start and end with technology, 79% of people grab their phone within 15 minutes of waking.”

Sherinian went on to convey the large impact all this new technology can have on social movements when we are able to reach out to those in power almost instantaneously.

Sherinian also discussed a new wave of consumerism focused on social good and purpose. This is what he called a “philanthro-revolution” – the idea that consumers, especially young consumers, increasingly take into account something broader than just the utility of their purchase.

“64% of consumers make purchases based on social content and purpose,” Sherinian said. “Philanthropy will never be the same.”

This desire for social good translates into the workforce too.

“70% of millennials say they want to work for a place of purpose,” Sherinian said. “And they want to use their skills to benefit a good cause.”

The panelists weighed in on how they see the role of young people social media shaping the world, and participated in a question and answer session with an audience full of students.

The speakers all had an empowering consensus for the room of undergraduates.

“The bigger issues can have a broad impact when we embrace the fact that people are their broadcast channel,” Sherinian said. “People are able to talk about, are able to celebrate, what matters most to them. People are the future of public relations. And they always have been. What we have now is technology that allows us to communicate in newer ways, bigger ways, and allows us to do it at scale.”