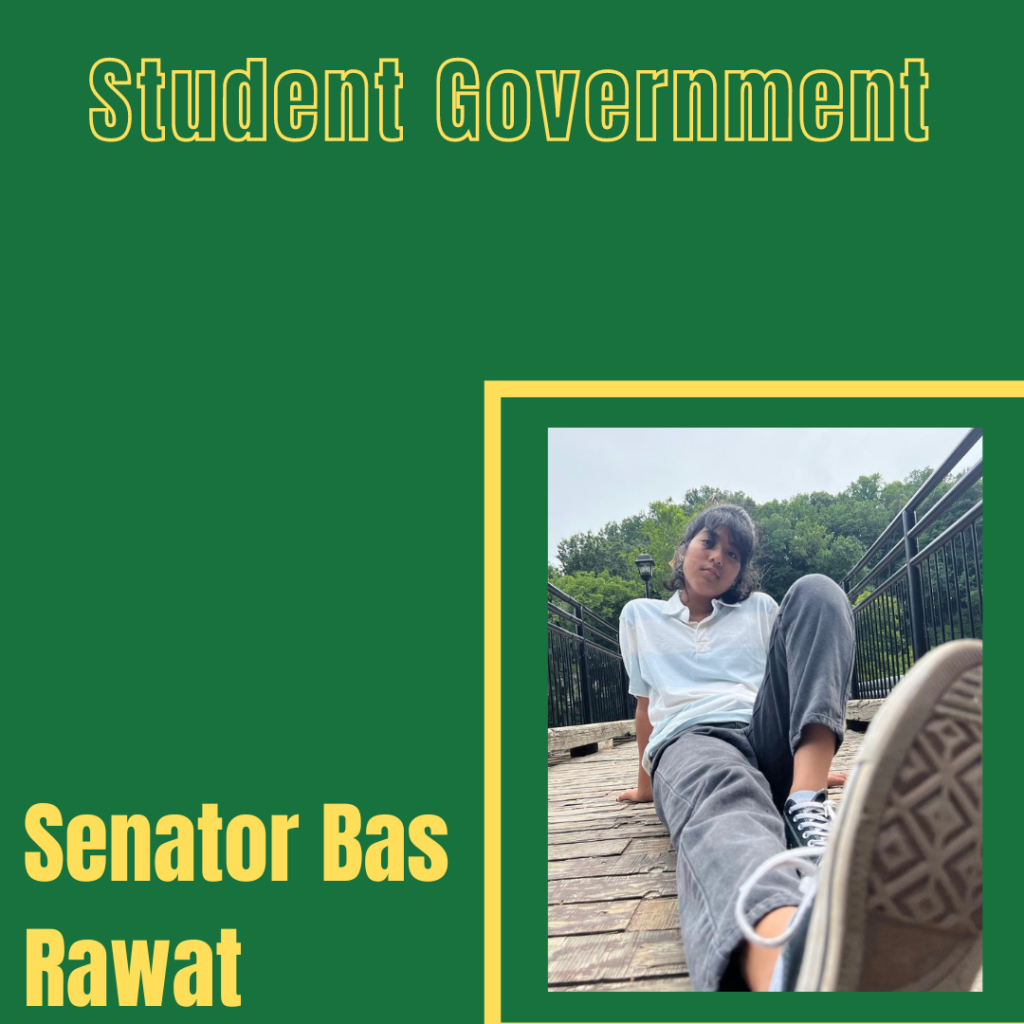 This semester, Mason inaugurated ten new Freshman Senators, alongside twelve open Senate positions. To learn more about what the student body can expect from this new class of senators joining the ranks of the student government, the Fourth Estate spoke to freshman Senator Bas Rawat.

First off, congratulations on your recent electoral success. As I’m sure you know, you received the most votes of any candidate in this round, so my first question is obviously: to what do you owe your electoral success?

Honestly social media, I was kind of preoccupied with personal emergencies, so I couldn’t go out and campaign on Wilkins Plaza for example. But I used various social media platforms to push my campaign, and it worked!

This class of first-year Senators seems to be one of the most motivated in recent years. Do you have an idea yet of what you and your colleagues will push for in your first year?

“Yes, I do! This is actually the first time SG [Student Government] has been full in a couple of years, and I know a lot of us are really excited to push our ideas and motives. I also know that the initiatives being pushed right now range from more gender-inclusive bathrooms to promoting sustainability on campus to even connecting with more RSOs on campus to ensure everyone’s voice is being heard. There’s a lot going on, and overall I’m really excited to be a part of it all.”

What do you identify as the main systemic issues facing Mason?

There’s a lot of issues, not to say Mason is a bad school at all — while George Mason is a very diverse school, increasing inclusivity on campus for various minority groups such as LGBTQ+ community and POC community is a major goal. Also, mental health is a very big thing that is an issue, the lovely [Student Body] President and Vice President are really trying to de-stigmatize mental health, and also trying to make student government more transparent, like for instance I’m trying to push for more gender inclusive bathrooms and someone else is trying to make it more sustainable on campus, alongside more inclusive food options in the dining halls.

Given these issues, what measures do you believe necessary to resolve them?

I know yesterday during our meeting, I know TimelyCare, a mental health organization introduced themselves. You can go online, and we know it can be intimidating to go in person alongside extracurricular. I know the student council will work to push that, and help de-stigmatize mental health.

Any lasting thoughts or messages you’d like to send to the folks who voted for you and the student body at Mason?

To the student council body, thank you for this opportunity. To everyone who voted for me, thank you for voting for me, I didn’t expect to get the most votes, and I appreciate every one of you. I will do my best to push for the issues which I wanted to solve in the first place.

The Fall 2022 Student Senate Election cycle marks the first time in several years the student government has been completely filled, alongside an additional runoff race that concluded Oct. 6 resulting in the election of freshman Xia Parkes.