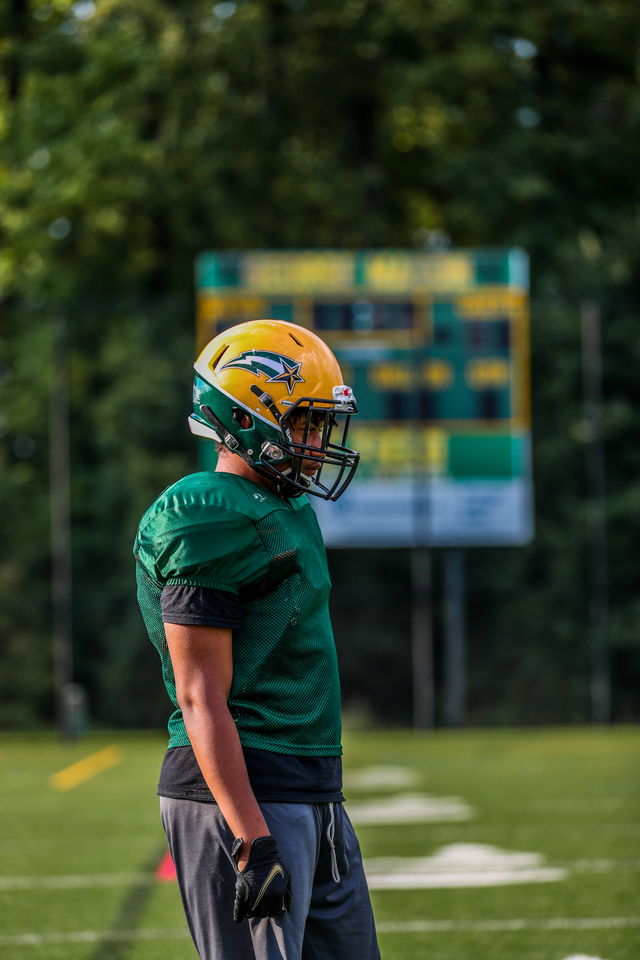 Last year, the team came up short against Ohio State and placed second overall with a final score of 42-27. Former club president, Adam Abu-Jamous used this resolution to his advantage.

“From my freshman year to my senior year the team had grown so much, considering we were losing by a decent amount pretty early in the game,” Abu-Jamous said. “Even though we didn’t win, I still feel like the team had gotten so much closer and we became so much better than we were in past years.”

NCFA Defensive Player of the year, Gabriel Gibson knew that last year was big for this franchise. It was nothing more than an opportunity to make adjustments and heighten their chances of winning the NCFA Championship for this season.

Gibson also looks forward to making adjustments to the tone at practices in hopes of winning this year’s NCFA championship.

“Going into the season my only expectation is, and ever will be, is absolute victory,” Gibson stated. “You got to have the mentality that no matter what happens even if we didn’t do well last season.”

As the club president, Abu-Jamous had a slow start in his first year but later used new methods for recruiting and getting more students involved.

“First year [being president] junior year, was kind of rough,” Abu-Jamous said. “Practices were just a couple of people; we couldn’t meet with incoming freshmen so recruiting was really rough. As the season progressed, we got a new coach, he helped with recruiting, and then my senior year, practices felt more like practices should be.”

According to GMU Club Football, the Patriots were ranked No. 1 in the Mid-Atlantic conference in the regular season and the playoffs. This was significant because this gave the Patriots an exceptional advantage.

Abu-Jamous has seen much growth throughout the years serving as the president of the franchise. He hopes to leave an endless reputation for the program which his cousin now runs.

“I took over the end of my sophomore year right when COVID hit…we were left in a really bad spot and they told us if we didn’t have a rep, we couldn’t continue playing.”

Abu-Jamous emphasized how the first year was rather rough for recruiting and meeting with incoming freshmen. As the season progressed, a new coach was hired.

“My senior year, practices felt more like practices should be,” Abu-Jamous said.

Last week, the team completed tryouts and will be preparing for their next season.

LETTER FROM THE OPINION EDITOR