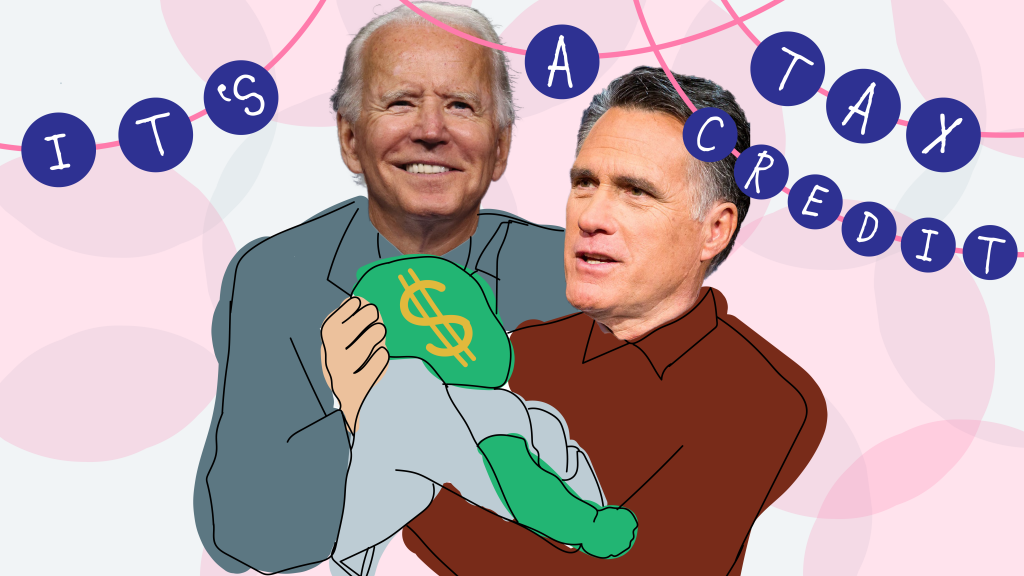 Last week, I discussed how Biden and the Democrats should try to start this Congress with a bipartisan consensus bill for COVID-19 relief and save the more divisive progressive spending measures — namely an increased minimum wage and expanded child tax credit — for party line votes. Thanks to Senator Mitt Romney’s recent proposal, expanded federal child subsidies may actually be able to pass with bipartisan support and pave the way for a more pro-family American safety net.

The proposal is a well-designed child allowance that’s even more generous than Biden’s original plan. It constitutes monthly payments to American families of up to $350 per child, an expansion and reform of the current Earned Income Tax Credit which many working-class families receive annually.

This proposal is a welcome break from a Republican party that has long been captured by anti-government ideology. For too long, the right has mourned the decline of the American family while promoting an economic program complacent in its decline.

While the proposal is a welcome indicator of emerging bipartisan support for family aid, old narratives surrounding welfare on the right aren’t dead just yet.

Already, we see Senator Romney’s Republican colleagues like Marco Rubio and Mike Lee attacking the plan as “welfare assistance” that threatens to undercut the “responsibility of parents to work to provide for their families.”

Veronique De Rugy, an economist at George Mason’s libertarian Mercatus Center, warned that the plan disincentivizes work, and constitutes what she sees as undue social intervention by the government.

These sentiments don’t hold up to scrutiny. The fruits of personal responsibility are simply a function of the economic system in which people operate, which is a result of deliberate policy choices — there’s no way to divorce these forces. For a robust social safety net that can pass with bipartisan support and outlast this administration, we must move past the idea that child-rearing and the health of the American family is anything but a national, collective effort.

Conservatives often link the War on Poverty to the dissolution of lower-income families and the rise of single motherhood. They say that through welfare, the federal government replaced the father and destroyed the lower-class family, creating a cycle of dependence. It would be better to promote the best social program, a job which allows self-sufficiency, or so the story goes. But this narrative is incomplete.

Conservatives are right that traditional family life in America is in decline. The share of children living in an intact two-parent home, one of the greatest predictors of future economic and social well-being, has been falling for decades —  almost a quarter of American children live with just one parent today. Overall fertility rates are in steady decline, while multi-partner fertility and the share of children born out of wedlock increases.

Earlier welfare programs, like Aid to Families with Dependent Children, did in fact have perverse incentives that played a part in family breakdown. The program discouraged work through benefits that steeply phased out with additional income and actively penalized marriage formation with man-in-the-house rules which restricted benefits for families suspected of receiving hidden forms of income.

In 1996 Temporary Assistance For Needy Families replaced AFDC and attempted to remedy AFDC’s problems by introducing time limits and stringent work requirements to welfare benefits. But this had its own problems. For one, it did little to remedy the welfare marriage penalty, retaining punitive phase-outs while devolving a weak mandate to “promote marriage” to the states. Second, work requirements require many single women to accept low-wage jobs to retain the benefits, preventing them from making investments — such as attending college — in themselves or their children, that could improve their prospects in the long run.

TANF has done little to help the poorest Americans. The share of children living in deep poverty, with family incomes less than half of the poverty line, has in fact increased since 1996. Economists of various ideological backgrounds have mostly attributed the poverty reduction we do see to the Earned Income Tax Credit and complementary Child Tax Credits, not the work incentives in TANF.

It turns out that the problems were not primarily caused by the generosity of our social safety net, but its stinginess. Programs with steep phase-outs, means-testing and work requirements inadvertently created penalties for rising incomes, self-investment, marriage and family formation.

Romney’s plan is a bold step in this direction, and a real shot at bipartisan, pro-family legislation. If politicians really care about the state of American families, it’s time for them to budget like they mean it.