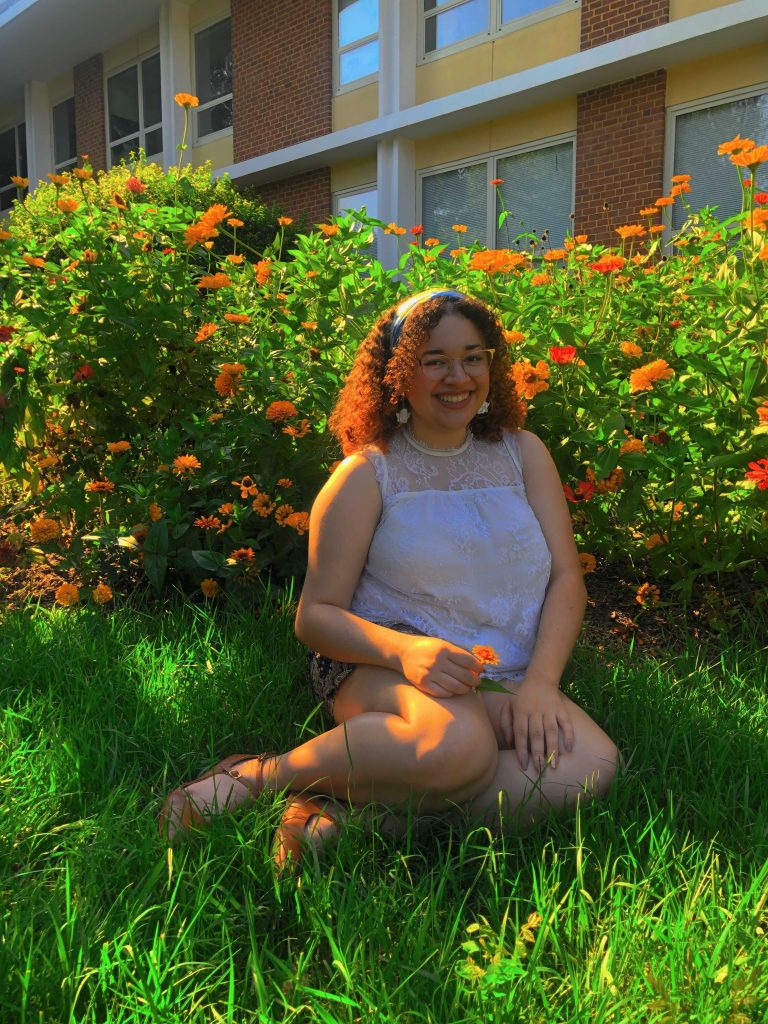 What year are you at Mason? What are you studying?

I am a junior here at Mason and I’m majoring in Communication with a concentration in media production and criticism, and minoring in film and media studies

So far I’ve really enjoyed my major. The Communication department at Mason is amazing and the professors make a great effort to support their students in whatever ways they can. I feel really fortunate to be a part of such a wonderful program.

How did you first become interested in film critiques?

One of my aspirations in life is to become a film critic. The way I first became interested in film criticism is actually a little strange when I think about it. I was homeschooled growing up and in my junior and senior years I was really struggling to figure out what I wanted to do in life. I felt pretty lost and unsure and I didn’t know where to start looking, so I started doing those online quizzes to find out what kind of jobs I might be good at.

Eventually I got my answers narrowed down to radio show host, mob boss and film critic. I felt mob boss was a bit out of the realm of legal possibilities so I turned my attention to the other two options. I had been very interested in radio, and I have always loved film and had a lot of opinions about them, so I figured I might as well learn how to get paid from them. Once I figured out that was the route I wanted to go, I started looking into the types of degrees that would help get me started on those career paths. In doing that research I found Communication to be the common denominator and from there I found Mason’s program which fit all of my criteria.

Do you do any work as a film critic currently?

Currently I am a writer for George Mason’s chapter of Her Campus. I write about a lot of things but predominantly I focus on film reviews.

What is the best kind of movie in your opinion?

In my opinion the best type of movie can’t be narrowed down to any one genre nor [is it] universal to anyone. I feel like the best movies are subjective to what you as the viewer find to move you. Those movies that make you happy, make you think, make you feel things that transcribe into changing the way you experience the world are the best in my opinion. That might be some silly movie from when you were a little kid, or it could be an indie film you see on YouTube — in the end it’s art, and art is experienced in many different ways which is really amazing to me.

Where do you work on campus?

Currently I’m working three different jobs on campus. I work in the Office of Admissions as a telecounselor, calling students and helping to inform them of different opportunities we have at Mason. I also work in Housing as a community assistant. My third job is working in the Student Video Center at Mason.

I really enjoy working in the SVC, it has allowed me to work with other people in my field and make great connections. I also get to use some very cool equipment and learn how to operate a lot of great tools for media production. I feel very fortunate to have found a job on campus that helps to further my knowledge within my field of study.

What do you plan to do after you graduate?

I’m still somewhat unsure what I’d like to do after graduating. Ideally I would love to be able to work for myself in making film critiques at some point, but I’m really just open to seeing where life takes me — hopefully that’s somewhere with a nice view and interesting people.

IT’S TIME TO INVEST IN THE AMERICAN FAMILY