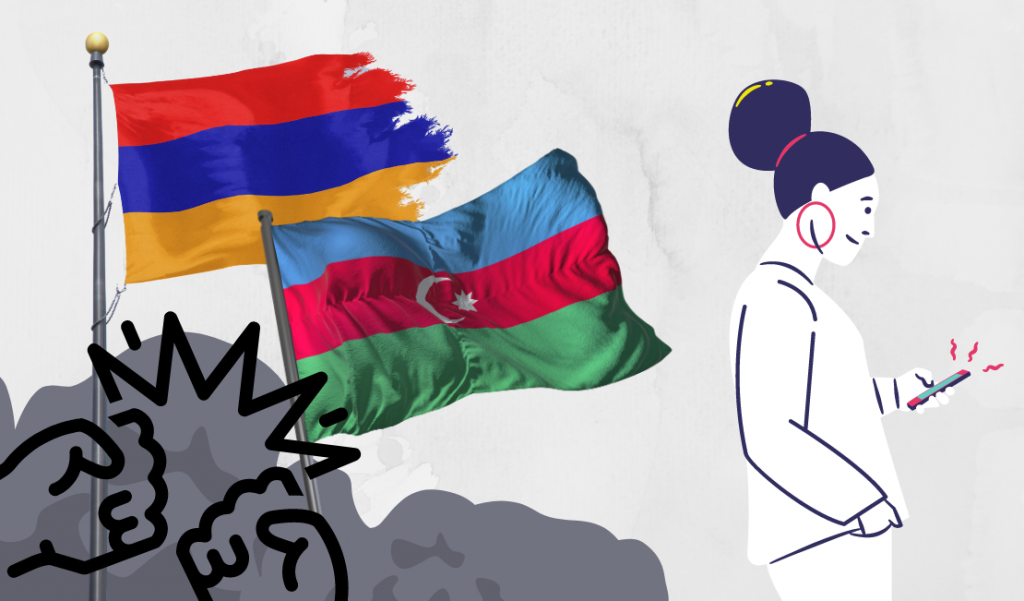 There are few times in history when we’ve needed reliable journalism more than right now. Not just for things such as fact-checking, but also for bringing important stories to our attention. How the media covers a story can guide the national conversation, but whether they cover a story at all is even more important.

Right now, the Armenian-majority region of Nagorno-Karabakh (also known as Artsakh) is being invaded by Azerbaijan, supported by Turkey. It was traditionally Armenian land for over a thousand years, but when it was part of the former Soviet Union, Joseph Stalin gave the land to Azerbaijan. After the fall of the Soviet Union, the people living in Nagorno-Karabakh overwhelmingly supported a referendum to leave Azerbaijan and join Armenia. In response, Azerbaijan invaded in the 1990s and denied them any self-determination. Although the Armenians won that fight, the conflict has been frozen and ceasefires have been broken multiple times. There has never been an attack more ferocious than what is going on right now. But why should you care about such a far-off conflict?

As I have written before, the Turkish people have already committed a genocide against the Armenians, and this new conflict with Azerbaijan may be the start of another. The former mayor of Baku (the capital of Azerbaijan) said while visiting with German officials, “Our goal is the complete elimination of Armenians. You, Nazis, already eliminated the Jews in the 1930s and ‘40s, right? You should be able to understand us.” Azerbaijan massacred and tortured Armenians in 2016, indoctrinated their population to hate Armenians and is one of the two countries (along with Turkey) which deny the Armenian genocide ever happened. There is little room to doubt their intentions.

Hundreds of thousands, if not millions, of Armenian lives are at stake, yet the coverage is miniscule.

Granted, this is an election year. We should be informed on how the election is unfolding, what the policy positions of the candidates are and what they are doing on the campaign trail. But we don’t want to be too distracted to notice a genocide — as has already happened many times in the last century in places like Poland, Rwanda or Burma.

The Armenians living outside of the Armenian territories have been desperate for media coverage so the world can understand the urgency. Some Armenian protestors shut down one of the main coastal highways of California just to bring attention to this ignored issue. But what is in the current news cycle? We get bombshell stories about how Trump took off his mask when standing alone on a balcony, more analysis on how the garbage presidential debate last week was garbage, or how a fly landed on the Vice-President during his debate.

Our media is pressured to give us news 24/7. But not just any news: stories that have to generate clicks. It would be far better if they gave us a broad understanding of what is happening in the world, and then gave us resources to do further investigation into topics which are of interest to us, rather than just cover one story that they decide is important for a day, week or month. To encourage the media to change, we should avoid uninformative clickbait articles and share news with information that people should be aware of.

Right now, my ancestral homeland is at risk of being wiped out, and it is breaking my heart that our media is more interested in covering the president’s Twitter tirades than the murder of my Armenian brothers and sisters. I implore you all to keep my people in your thoughts, prayers and news feeds. Use your platform to talk about what so few others are talking about.

Editor’s note: A ceasefire was brokered between Armenia and Azerbaijan between the writing and publication of this article. The source of conflict has still not been resolved, however, and it could flare up again in the future.