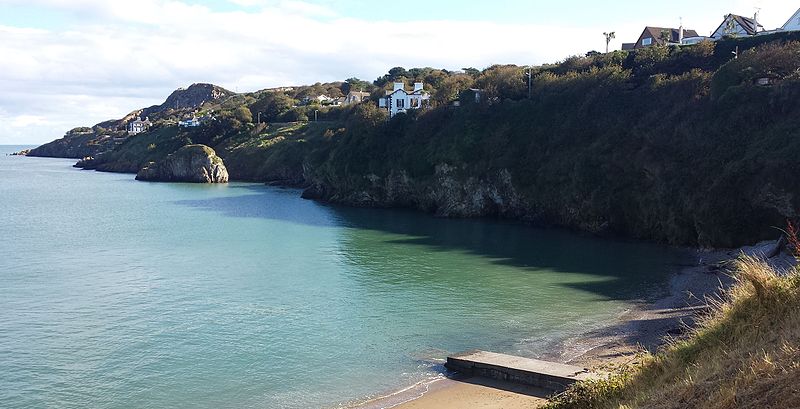 When people talk about studying abroad it usually consists of crazy stories to grab your attention, and I am no exception. Did I spend St. Patrick’s Day in Dublin? Yes. Was it as absurd as it sounds like it would be? If by absurd you mean thousands of people — Irish, American, Italian and whoever else — singing “Zombie” by The Cranberries at noon, beyond smashed, while tripping over themselves attempting a step dance in the street, then yes.

Was it at all the most important or best thing that happened to me while I was there though? In no way, shape or form.

I spent spring of 2019 studying in Dublin through Mason’s Global Gateway program, and like many students who spend a semester or year abroad, it was the best time of my life. Not for the crazy stories or anything, like movie cliches where a girl meets her soulmate and suddenly decides to move her whole life for that person, but because it gave me the opportunity to understand myself better than I ever had before.

During insomnia-ridden nights, I found myself laying out on a swinging bench in the back garden of my home at 4:30 a.m. While I do not recommend my unhealthy sleeping habits to anyone, these were the moments where, for the first time, I felt comfortable with who I was. I finally felt a sense of home in a way I never believed possible and a form of safety within my own mind that I didn’t realize could exist.

Truthfully, once I came back to the states at the end of this past May, my mind and even physical body did not handle it well. Depression is nothing new, but this was more. I realized that I had changed so much that nothing in my old world felt familiar anymore. My own bedroom felt like being inside of a shrine to someone who no longer existed, so much so that I found myself unable to even sleep in there for the first few months of being back.

One of the main reasons I believe anyone at Mason should study abroad is that we are placed inside a massive bubble, especially living in the U.S. While we watch the news, see photographs and hear about the outside world all the time, we never actually experience it.

We notice surrounding countries’ responses and reactions to U.S. politics and choices made by its citizens, but we don’t understand how absurd this bubble is until we’re out of it for a large amount of time. In Dublin, there was a lack of that serious tension that so often fills rooms in the U.S. where people are afraid to speak their mind. Half the time, the first thing out of someone’s mouth was “So, how about your president?” which would lead into an actual conversation rather than someone talking at you about their opinions.

The absolute best part of my experience studying abroad was the homestay. Staying with a complete stranger that was beyond awful at responding to my emails terrified me, but never have I been so unnecessarily anxious over something in my life. By the end of my time in Dublin the woman I stayed with, Patricia, had become my rock and her house a home that still holds too great a number of emotions for me to ever explain. She accepted me with open arms and no shred of judgment. She taught me how to be myself with no filter.

From learning how to walk down the stairs of a moving bus to finding another family, studying abroad is all about self-realization and learning from a rich culture.

Yes, academics are important, but allowing yourself to let loose and freely exist in your own skin is the best feeling in the world, and why every student should, at the very least, seriously consider taking part in a program.

Six months have passed since I left Dublin, and I find that a piece of me is missing.

Maybe a piece that walks down Tonlegee Drive at midnight, bending down to pet the orange cat that always seemed to take me home after a night out. A piece that could still be screaming off the side of a cliff in Howth while clutching to hot chocolate with halfway hypothermic hands and a nose that would rival Rudolph. A piece that dances in 40-degree water at the beach watching friends play the guitar on the shore.

A million moments that float down with the rain and rest against the pavement, waiting for my memory to recall them or for my body to return home to them.

View all posts by hfalk →